Art on the go

In Chaturvedi’s words, this artwork not only expresses gratitude but also “makes people realise their dreams”. 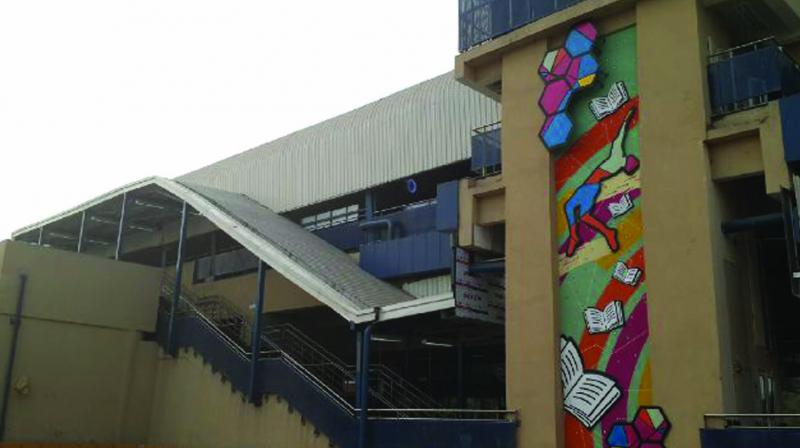 For independent artist Shubhra Chaturvedi, art isn’t an elitist thing. It is about connecting with the public and forming a relationship with her city.

If you’ve walked around the Jamia Milia or Jama Masjid metro stations, trying to catch a train on the magenta line, then you have most probably laid eyes upon (if not stood and gazed at) the art that covers its underground walls and staircases. These are by Shubhra Chaturvedi, an artist and believer of experimentation and exploration, who has painted, photographed, sculpted and delved into the world of public art installations.

“It brings the common man closer to art,” she said, talking about the installations that have become a permanent part of life for commuters in the capital.

In 2017, Chaturvedi collaborated with Vibhor Taneja (a photographer and a graphic designer) and installed their work at Jamia Milia, Jama Masjid stations and the Domestic Airport T1 station that opened at the beginning of this month. Her work spans across themes like education, cultural heritage of Delhi and the industrious process of the making of the heritage metro line. 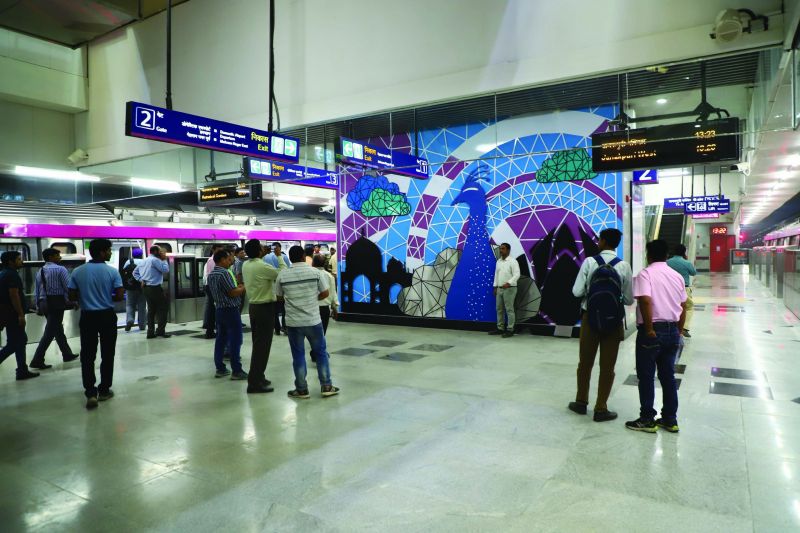 Murals on the airport metro station which deict silhouettes of famous tourist sights.

“My interest in installations comes from it being an opportunity to use different materials and thinking of the audience more than yourself. People think art is an elitist thing. I have heard many people say ‘I don’t understand art’ but by doing this work I guess I’m saying you don’t have to necessarily understand art, but love and appreciate it.”

Having said that, Chaturvedi also emphasises the need  for art to be informative and conceptual. Her installations at the Jamia Milia is titled ‘Khwaabon Ka Karavaan’ and is a tribute to the students and teachers of the University who ultimately contribute to the enrichment of the city. In Chaturvedi’s words, this artwork not only expresses gratitude but also “makes people realise their dreams”.

The murals on the airport metro station depict silhouettes of famous tourist sights. “The stark blue peacock amid the black buildings symbolises the peacock throne of the Red Fort,” she explained.

Chaturvedi’s art is not only characterised by a variety of mediums, materials and textures she uses, but also by her distinct choice of colour palettes. The colour scheme of blue, magenta, turquoise and white for an artwork that showcases the Qutub Minar, Taj Mahal and Jama Masjid is not just refreshing but also a statement. Asked why she made this choice, she replied, “to catch attention by breaking the monotony of the conventional and to experiment with the palette.”

For an artist making her art available for quick and sometimes thoughtless consumption, she is perceptive about the way people look at these installations. “Public appreciation is the biggest validation for Vibhor and me,” she added.