Modern furniture and its minimalist tenets have their origins in art and design movements throughout history. 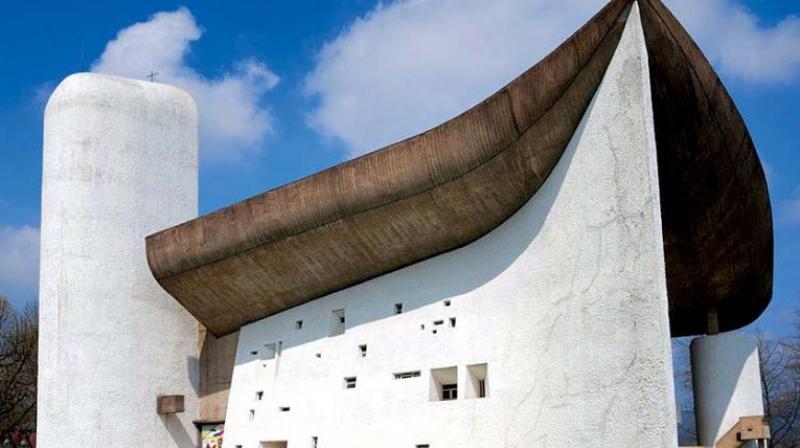 The influences on modern furniture design

Societies are influenced by political and economic factors that become the vanguard of philosophical and creative impact on people and living. Design movements are inspired by a need to overcome conflict by way of incorporating artistic and literary expression that shapes human culture and influences the living environment. The early 20th century was rife with scientific and technological advances that were ushering in utilitarian aspects of design, mass production, new industrial raw materials and more. Dominant movements that came about in these times evolved furniture design as we see it today.

The early part of the 1900s saw an emphasis on functional furniture. Design was separating from purely ornamental trends and translating to relatable and comfortable pieces that were physically and visually lighter, and more affordable. Although there was some progression in the ornate arts and crafts expression, fresh shapes and contemporary ideas in furniture design began emerging with the Bauhaus movement. Bauhaus represented an autonomy in thinking and embraced free-thinking tenets that espoused their motto of “Art and Technology — A New Unity”. With a philosophy of form following function, Bauhaus encouraged elimination of any unnecessary aspects in a design, and established itself as the most demonstrative avant garde influence at the time. The genius of Marianne Brandt, a German Bauhaus exponent who worked in the studio of the founder Walter Gropius, lies in her metalwork pieces that are considered to be the building blocks of modern design influence. She had a versatile portfolio of painting, sculpture, photomontage, photography and product design and can be credited for creating prototypes of interior décor objects such as lamps, ashtrays, tea and coffee infusers, lighting and more, with her Kandem lamp becoming a top seller in the 1930s. 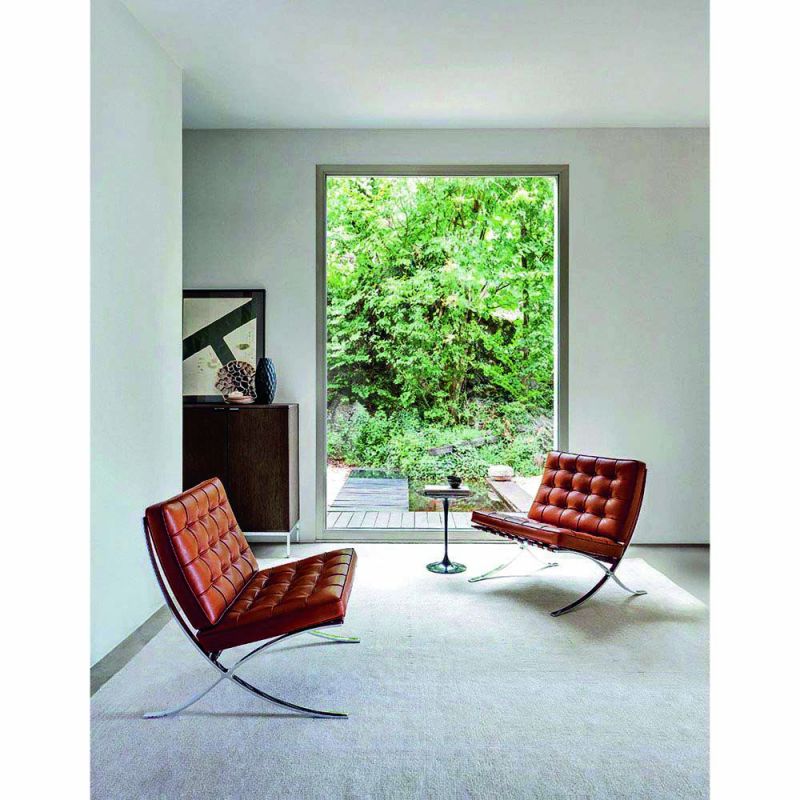 The Barcelona Chair by Lilly Reich.

In 1911, Lilly Reich, a German modernist designer was working as a shop window decorator when she also began designing furniture. Her work led her to collaborate and co-design with Ludwig Mies van der Rohe, the director of the Bauhaus School of Design and Architecture at the time, foraying into furniture and exhibition design. The iconic Barcelona chair that was created by them epitomised the famous Bauhaus maxim of “less is more” and became a tribute to modern design. The Barcelona chair was designed as a seating for the Spanish king visiting the Barcelona World Fair in 1929, and was built on an elegant framework of chrome-plated steel bars curved into a gentle S-shape derivation of the ancient Egyptian folding stool concept. The seat was upholstered in pigskin and welt originally, later to be replaced by kid leather with welt and buttons.

This was the first time that steel had replaced gilded wood in furniture history. Another designer who envisioned the potential of tubular furniture made from steel was the legendary Marcus Breuer whose Wassily chair achieved cult status throughout the century. The Wassily Chair, also known as a Model B3 chair, was a meeting point for art and industry to reinforce the assertion of the Bauhaus style in its unusual combination of tubular steel for frame and a tough canvas fabric called eisengarn for a seat. This young Hungarian protégé of Walter Gropius was singlehandedly responsible for revolutionising modern interior design with inspiration from his bicycle’s sidebars and the techniques of local plumbing where he found an abject fascination with the malleability of steel. 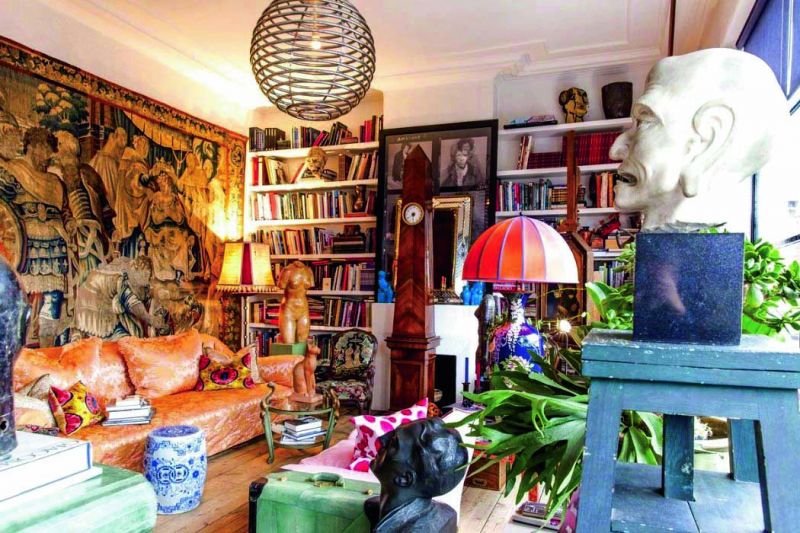 Meanwhile, a very different style was burgeoning in western Europe, and the United States during the 1930s which symbolised modernism with an element of fashion to it. The Art Deco, also known as the style moderne movement, originated in the 1920s and pursued an unconventional take on traditionalist elegance and ornate designs. Art Deco was a celebration of post-war modern living infused with heightened luxury and sophistication. A hallmark of the Art Deco flavour were geometric forms of trapezoidal, zig-zags and chevrons (inverted V shapes) with an emphasis on vertical lines, often incorporating contrasts with bold colours. 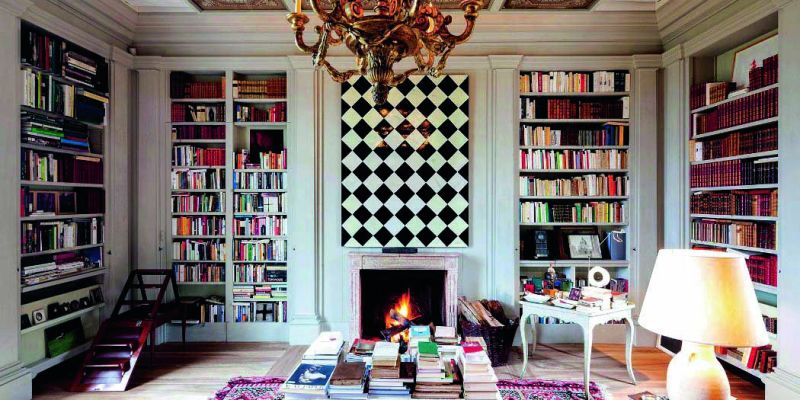 Art Deco furniture employed rich hard woods like ebony and macassar with exotic woods like zebrawood and mahogany lining the surfaces in some pieces. A notable element in Art Deco furniture was the usage of inlays made with ivory, brass or mother-of-pearl. Art Deco derived its essence from the Art Noveau movement which fell out of style after WWI, as delicate artworks, elaborate detailing, expensive materials and extensive production methods entailed a certain richness of investment which did not find a fit in post-war displacement. Art Deco adapted itself to a mechanised modern culture and placed emphasis on sleek geometry and streamlined aesthetic. 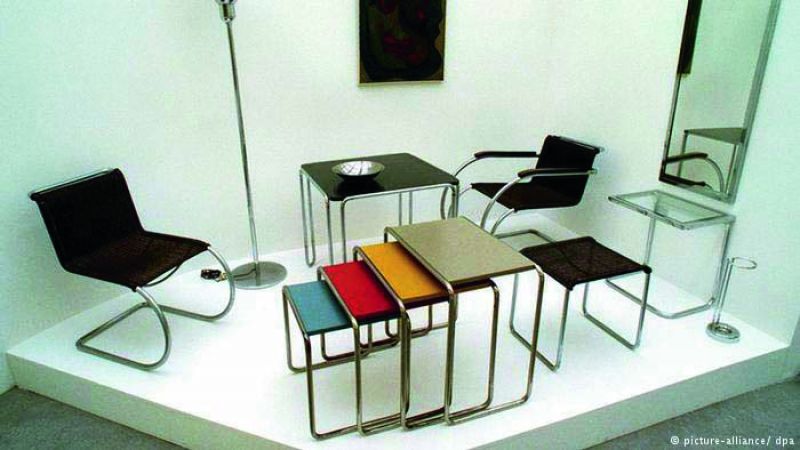 Bauhaus influences designers even today with its simple functional lines.

Le Corbusier, a well-known name even in the Indian context for his contribution to the planning of Chandigarh, was the most influential architects and Art Deco practitioners in the 20th century. His ideas from his book Versune Architecture describe a house as a “machine for living’ and furniture as “equipment de l’habitation”. Corbusier’s LC4 Chaise Lounge went on to become one of his most famous works in furniture design, and later was also called the relaxing machine because of how the chair was shaped to emulate a lounging human body. Le Corbusier looked upon furniture as “extensions of our limbs and adapted to human functions”.  Although many movements came about in the last century like Cubism, Dada, Expressionism, Futurism and so on, the most impressionable furniture design hailed from the Bauhaus and Art Deco phases, and continues to impact trends even today.

— The writer is a design expert who understands the intrinsic aspects of interior spaces and its trends. He helms an exclusive designer furniture brand.