By adding their own flourishes to their wedding dresses, celebrity brides are giving to-be brides a lesson or two in fashion and customisation. 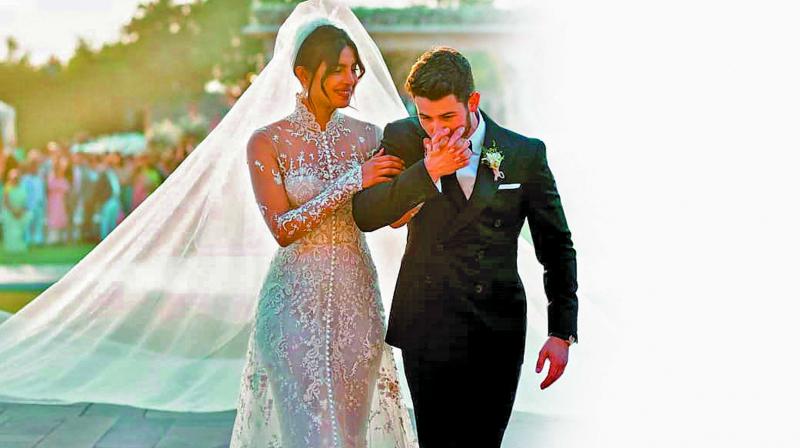 Dressed in gowns that look like works of art, celebrity brides often set the tone in bridal fashion. Meghan Markle surely did so with her sophisticated, Givenchy gown and customised, five-meter long silk tulle veil as did more recent bride, Priyanka Chopra, who chose a Ralph Lauren number with a jaw-dropping 75-foot train for her special day. While their ethereal gowns drew a lot of eyeballs, it was interesting to note that both brides chose to infuse their bridal outfits with thoughtful references that elicited a collective gasp. Even newly-wed Deepika Padukone, who stuck to traditional couture, had her red Sabyasachi dupatta embroidered with the age-old blessing Sada Saubhagyavati Bhava. These customised additions are highly personal in nature, making these special-day outfits extra special and memorable for both, the bride and the groom. Deepika, Meghan and Priyanka’s bridal splendour gives to-be brides around the world a lesson in not just fashion, but also personalisation.

Let’s take a closer look at what the fashion-forward ladies chose to include in their bridal dresses. Actress Priyanka Chopra’s hand-beaded, hand-embroidered gown was replete with eight special words and phrases. This included Nick Jonas’ full name, her parents’ names, the couple’s wedding date, and phrases like ‘family’, ‘hope’, ‘compassion’ and ‘love’. She also had a piece of her mother-in-law’s wedding gown sewn into her dress. PeeCee chose to do something similar with her Sabyasachi red lehenga, but in this outfit, names were written in Devanagari and sewed into the waistband of her skirt. Meghan Markle had 53 silk and organza flowers sewed onto her veil, with each flower representing a country in the Commonwealth. In addition to this, the now Duchess of Sussex chose to include two more flowers – the Wintersweet, a flower that blossoms in the couple's Nottingham Cottage home at Kensington Palace and the California poppy, which is the official flower of the state Meghan hails from. The crops of wheat that connected the flowers stood for love and charity.

City-based wedding gown designer, Noreen Coelho, who has been making custom-made gowns for the past 45 years, says that including such personal touches are a great way to make standard wedding dresses extra special. “The point is to capture a memory or an emotion. 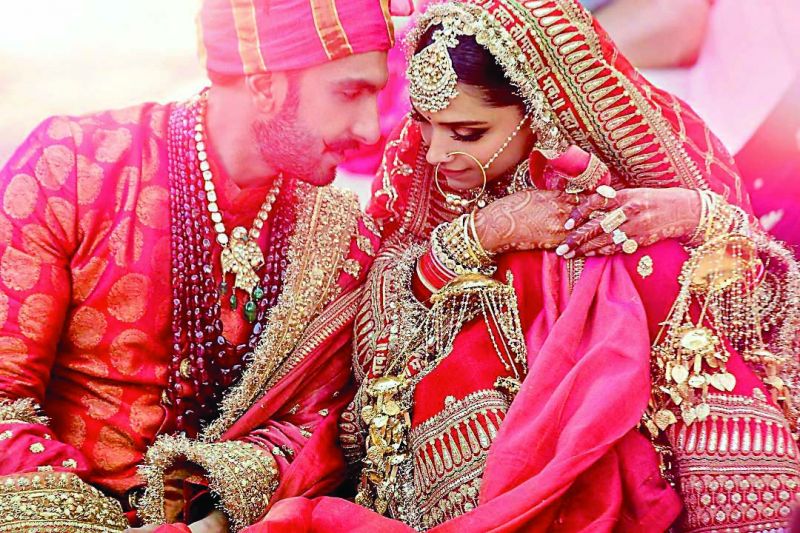 Personal flourishes like these make the dress memorable, and extremely special,” she says, adding that while not many brides think of making these additions, the ones who do normally have deep connections with their families and value family ties. Designer Nivedita Saboo feels that this trend is sure to pick up among brides. “Wedding dresses have always held a lot of significance in Indian culture. But I think with big names like these adding personal flourishes to their wedding garments, they’ve shone the spotlight on this trend and now, it’s sure to pick up. I think designers will start getting more requests to add these very personal embellishments to bridal wear.”

Talking about some of the personal flourishes she has given to wedding gowns, Noreen says, “I’ve attached pieces from mothers and mother-in-laws' wedding dresses. One girl wanted to incorporate the blue kurta she wore on her first date into her wedding gown. There was another bride who wanted me to embroider the couple’s initials on her veil while another wanted me to position the initials in such a way that it would be visible when she rested her hand on her husband’s shoulder during the first dance.” Another less-frequent request she gets from to-be brides is to remodel heritage-wedding gowns into patterns that suit contemporary sensibilities. 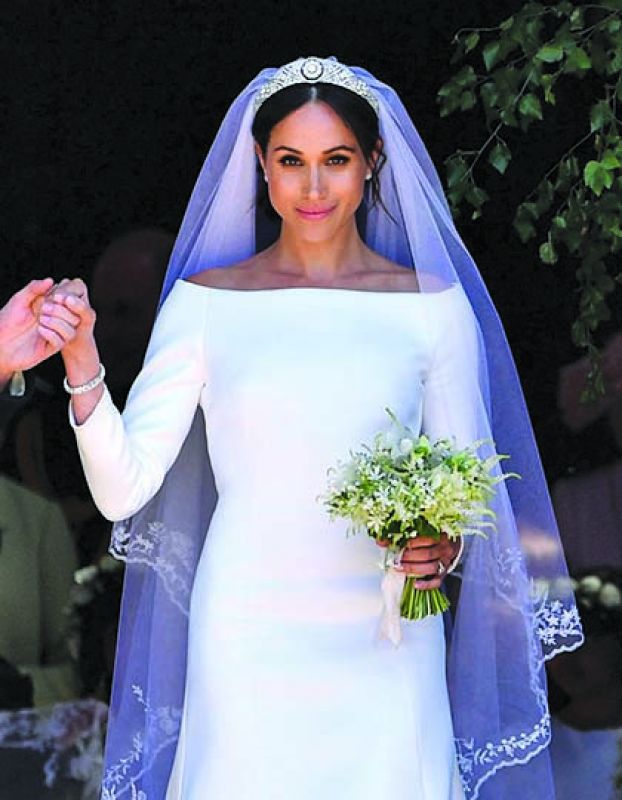 Designer Nivedita who, along with her team has customised bridal lehengas to include such personal references, shares some of the requests she has had. “We’ve had brides who’ve wanted a family heirloom or a heritage saree or a piece of their grandmother’s ghagra sewn into their wedding lehenga. One bride wanted keywords that summarized all that her relationship brought her sewn into her lehenga, while another wanted embroidered images that symbolised emotions like love, hope, family, etc.”

Bride Prerita Puri who recently tied the knot with Bollywood producer Ritesh Sidhwani’s nephew, Trishant Sidhwani, custom-made her wedding lehenga as per the colour palate used during her grandmother's wedding. Talking about her decision to stick to the mint green and pink combination, Prerita says, “People choose to include vintage materials or heirlooms in their wedding, but we have been following a specific colour palate for generations and it will continue to be followed for generations to come.” City-based bride Christine Vaz who got married in June this year chose a different route for her ‘something personal’ for she chose to carry a wedding bouquet made by mommy dearest. “My mom is a housewife who is exceptionally talented. She has made bouquets for quite a few people in the past so I was certain that I wanted her to make mine too. Also, since I’m the only child and will be leaving the country soon, having my mom make the bouquet was significant because it meant I could take her with me on this new journey,” she shares.

While these thoughtful additions surely amp up the ‘personalized’ quotient of wedding dresses, one wonders if these personal tweaks come at a steep price. Dressmaker Noreen says that these customisations do cost extra, but won’t burn a hole in your pocket. She says, “The price depends on the work needed, but it usually doesn’t make too big a difference in the overall price. But, I always say that wedding dresses are special, and you cannot put a price tag on something that captures a memory and keeps it alive.” Designer Nivedita too says that it depends on the customisations involved, but admits that because of the additional work, it could cost a pretty penny. “Custom made outfits are definitely more steeply-priced because they are sought after. And bringing ideas to life in an aesthetically pleasing manner will increase time and effort put into making the garment,” she says.

Well, there are clearly a lot of ways for brides to infuse their wedding dress with symbolism and meaning, but what if the groom wishes to do so; must the man eschew all sentimentality in favour of fashion? Nivedita doesn’t think so. “Men too have become empowered in their fashion sense and grooms are also choosing to add personal flourishes that speak of memories and emotions connected to the relationship,” she says. Nick Jonas is proof that they are.