The Holy Scriptures promise that no matter how bad things can get, God is in control. 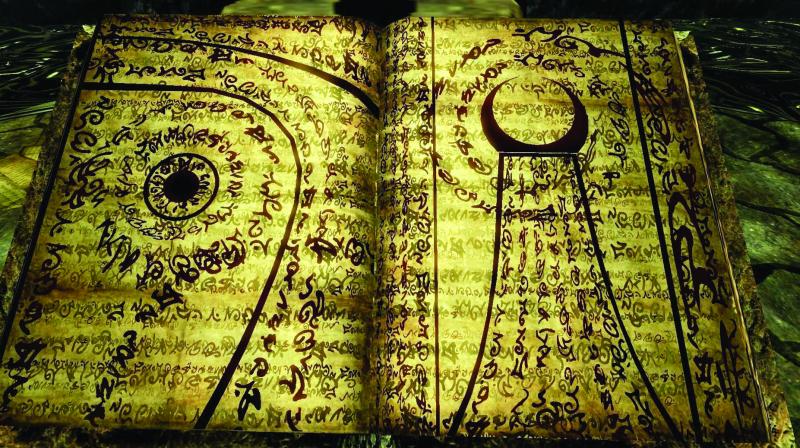 The last canto of the Bhagavata Purana contains predictions and prophecies for Kali Yuga.

At the start of the year, most of us are tempted to look at astrological forecasts pertaining to our zodiacal sign or birth star. If the predictions are favourable well and good. Else, we press the panic button and seek ways of appeasement. But the bottom-line is that curiosity gets the better of even the strong-willed among us.

Interestingly, our scriptures and holy texts written aeons ago also contain astounding prophecies, some of which have already come true. My interest in the Prophetic Code was sparked off when I read about a man called Kim Clement, a modern day prophet who had predicted the electoral victory of Donald Trump long before he had even announced his candidacy.

In the Bible, the Book of Daniel talks about many events such as the fall of the Garden of Eden, Babylonian captivity for a period of seventy years, re-emergence of Israel as a nation, the crucifixion of Jesus etc. with remarkable accuracy. It also speaks of the end times (only we don’t know the exact day and hour) and the second coming of the son of God. Numerous symbols and codes have been used in these writings so as to make it difficult for evil forces to decipher and interpret the meaning and text.

There is also reference to a tribulation of the magnitude never before witnessed, characterised by widespread disease, famine, terrorism and nuclear war among other things. Are we already in the thick of it? We don’t know just yet. But what gladdens our hearts is the fact that there is a ray of hope. For the Bible also promises no matter how bad things can get, God is in control and those who believe, are given the gift of salvation and eternal life.

Prophecies are contained in the Hindu scriptures as well. The last canto of the Bhagavata Purana contains predictions and prophecies for Kali Yuga. Written about 5000 years ago by the sage Veda Vyasa they are uncannily accurate. Going by what is set out in the Purana there is no doubt that we are indeed living in the age of Kali Yuga. It is said to be an age in which religion, truthfulness, cleanliness, tolerance, mercy, duration of life will all diminish. Wealth alone will be considered the sign of a man’s good birth and a symbol of power which can be used to thwart justice and someone with a way with words will be considered scholarly. Men and women will live together on the basis of superficial attraction and sexual prowess will be a yardstick to judge manliness or womanliness. Climatic changes to are indicated and there is mention of suffering on account of extreme cold, wind, heat, rain and snow. At  the social level, it foresees elderly parents no longer being protected. What about the political scenario? The Puranas’ take is that political leaders will exploit hapless citizens.

So is it all gloom and doom? Mercifully not.  There is one silver lining and a way out of this — the chanting of the Lord’s name is prescribed as a sure-fire method of freeing oneself from material bondage and being elevated to the kingdom of God.

So the underlying message in all of this is simple — to live our lives with faith and belief and in line with true values regardless of how dark the times.

The writer is a Reiki channel, yoga practitioner and a spiritual seeker.