A whiz at the Piano

Award-winning Neville Bharucha was recently in India to conduct a lecture recital on Leipzig and Weimar. 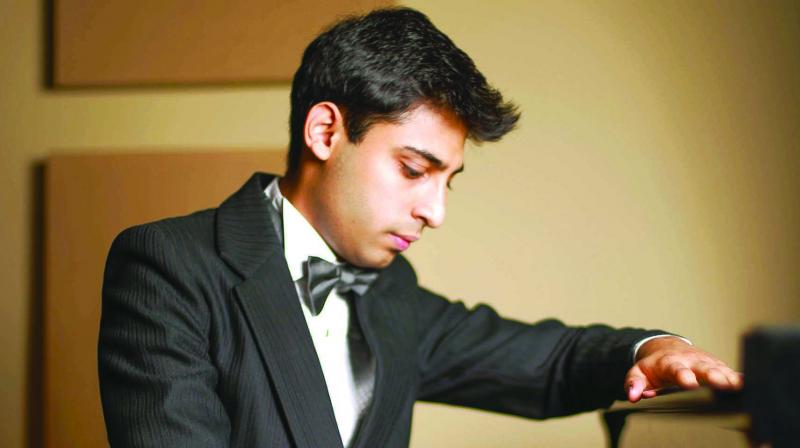 Young Neville Z Bharucha is no stranger to the music circuit here as well as abroad.

A recipient of a number of awards, Neville has managed to gain international recognition, fame and awards at an age that some people can only dream about. Neville was recently in the country for a lecture recital on a musical genius. In a chat with this youngster, we find out more about his journey...

Starting at the tender age of five, Neville has his father to thank for introducing him to this field.

“My father who is very passionate about music started me off at the age of five, since no other teachers in Bengaluru were willing to take me on. I have car memories of sitting on the piano and practicing, composing my first pieces and playing them for family and friends,” starts Neville adding that his interest lies beyond classics as well.

He shares, “For a long time, I played a lot of rock and jazz, I was in fact a part of a well known band, Best Kept Secret for three years.” Achieving so much in so little time would not have been an easy feat to achieve for Neville. On how he has managed to do all of this, he says, “It takes a lot, I still have a long way to go. It’s important to be surrounded by the right people, I constantly try to improve myself, I never like to stagnate at any point, I like to keep hitting milestones and getting ahead as it keeps life interesting.” Neville shares that he would like to take after Nikolai Lugansky, Grigory Sokolov and Krystian Zimmerman.

Neville who also composes music for film, TV and advertisments shares, “ I’ve been living in Leipzig, Germany for the past three years and I’ve learnt over the years how important it is historically for music. I’ll be talking about the development of music in Leipzig and Weimar in the 19th century with an emphasis on the music of Bach, Beethoven, Mendelssohn, Schumann and Liszt.”  Neville who started performing with the support of The Bangalore School of Music shares that the classical music scene in Bengaluru has undergone great improvements.

“This has happened only over the past few years.  I feel that we can expect a higher level of music from the next generation of pianists. It’s a very slow process, but there is movement in the right direction.

The next step would be to get the right infrastructure for music education,”  he adds. A recipient of a number of awards like Captain Alvares Trophy for Excellence, Peter Coelho Memorial Award for Music, Fewkes Memorial Trophy for Outstanding Musician, Neville will be returning to Germany continuing to give performances and also composing  there.