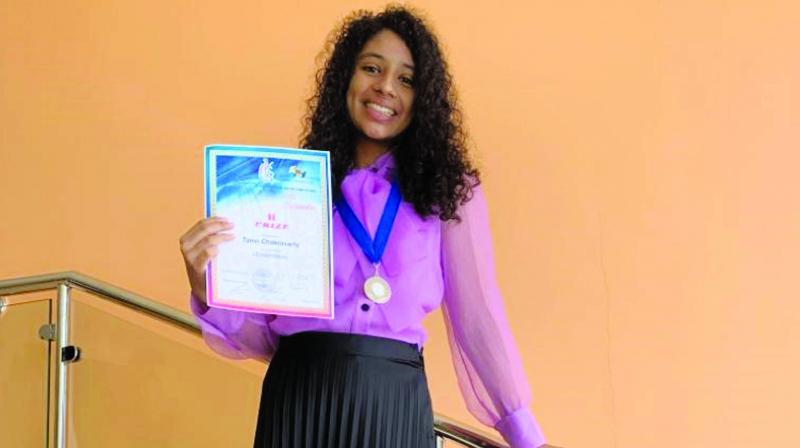 It looks like Mumbai’s teenagers have fallen into a habit to make the nation proud, be it through sports, robotics, or art activities. The latest addition to the list of victors are Sangeeta Jokhakar, Sumer Murthy and Tanvi Chakravarty from SOI Academy of NCPA. The three defeated musicians from the USA, Russia, Uzbekistan, Kazakhstan and other nations at the third edition of the Jumeirah Sounds International Music Competition held in Dubai, winning both silver and gold medals.

“It was inspiring to perform on such a big platform. I was a little nervous because I knew there would be many other performers from other parts of the world. But when I went there I found everyone so easy and open,” says 14-year-old Sangeeta, who bagged the gold for her solo violin performance on Rieding concerto in G major, Op. 24 1st movement and J.Raff Cavatina in D major. Sangeeta and Tanvi also won silver medals in the chamber music ensembles category, where the duo played a few beats of Wolfgang Amadeus Mozart’s sonata. 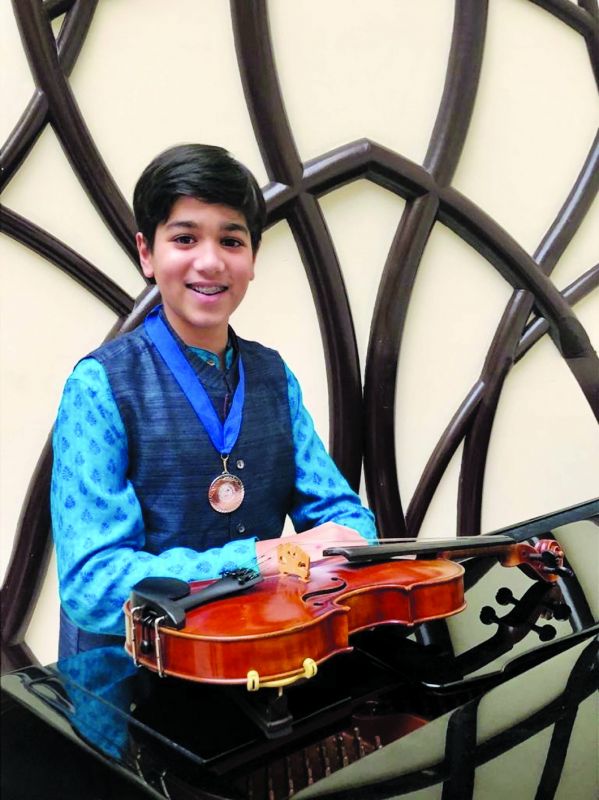 Organised by the Academy of Music and Fine Arts , Nur-Sultan City of Kazakhstan, in collaboration with Academia di Canto Renata Tebaldi, Mario del Monaco (Pesaro) Italy and Global Music Partnership in USA’s New York, the three teens represented India for the first time. “We were pleasantly surprised to represent our country for the first time, and be the first ones to attend and perform there. Judges too were excited to hear someone from India for the first time,” says Tanvi, who started practising violin and piano three years ago. The young musician further adds that she, Sangeeta, and Sumer were intimidated by other contestants in the beginning, “But when we started communicating, we learnt that they are very open and judges too were very gracious,” she smiles.

Sumer Murthy, who started learning violin six years ago, lead the row in the solo violin competition and won a silver medal for his performance of Edward Mollenhaur’s The Boy Paganini and Oscar Rieding’s concertino in a Hungarian style. “I was in the middle age group. I knew all the participants have practised well, so I just did my best,” says the 13-year-old, and adds that he was nervous to perform in front of experienced violinists. “They all are very experienced so it was obvious to be nervous, but I prepared well and just performed what I knew,” he shares. 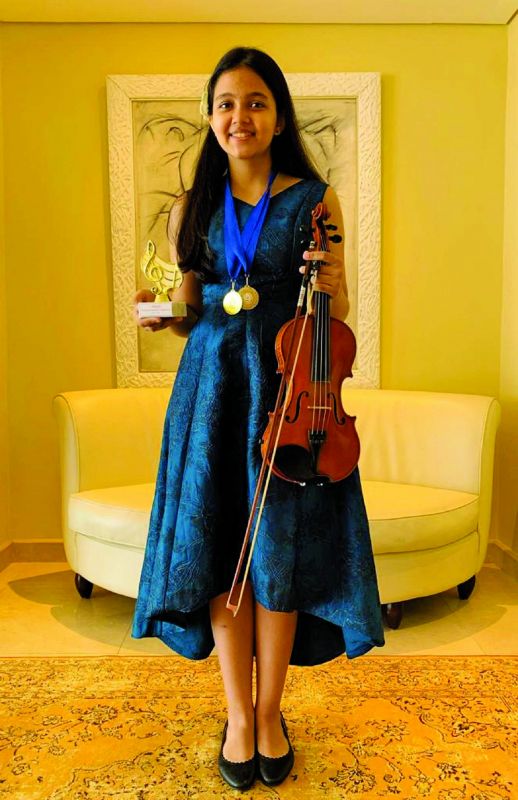 Though teenage years can be a tumultuous time for most, Sangeeta, Sumer, and Tanvi’s confidence is unwavering. Representing the country for the first time did come with high expectations and peer pressure, but they surpassed it all. “We did go there without expectation because it was first time, but there was a pressure to not let anyone down. Our strategy was to focus on our performance and not get dithered by other contestants. We just wanted to present our best,” says Tanvi.

When asked about their career aspirations, the teenagers look uncertain but they are sure on always keeping their musical instinct alive. While Sangeeta is sure to choose music as her career, Tanvi and Sumer are in the state of figuring out their dreams. “I am still figuring out what I want to do later in the life, but I would really love to go with music,” says Tanvi. Sumer concludes: “I haven’t decided yet, but I will always be attached to violin no matter what I do.”