Who runs the world? Girls! 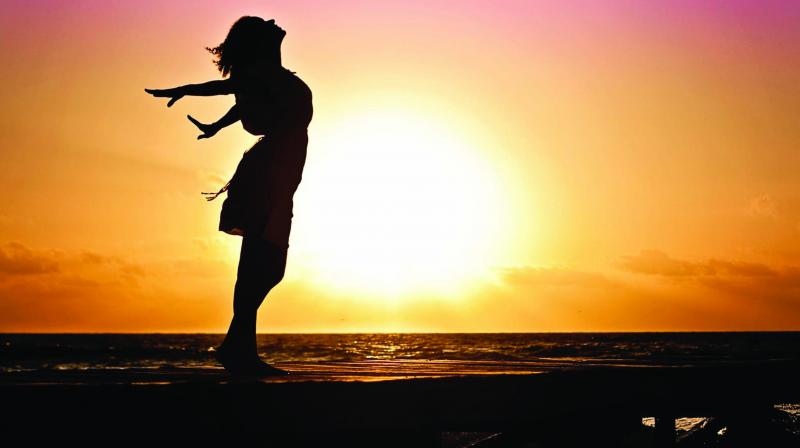 Damsel in distress, the weaker sex, oversensitive — women are often called a lot of things. T

The asian age
“Don’t run like a girl! Run faster.”

When Kiara first heard this sentence as a 12-year-old, she was baffled. Why can’t she run like a girl? Why shouldn’t anyone run like a girl? After all, she considered P.T. Usha her favourite athlete! Kiara, who is a 24-year-old IT professional now, working in an office filled with men, still does not agree with the sentiment behind this sentence.

Damsel in distress, the weaker sex, oversensitive — women are often called a lot of things. The United Nations General Assembly declared October 11 as the International Day of the Girl Child in 2011. As Greta Thunberg, Malala Yousafzai, Cori Gauff and others keep inspiring the people of this generation with their achievements, it is worth exploring how girls closer to home are faring when it comes to breaking gender stereotypes.

For Prachi Shevgaonkar, being intimidated due to her gender is just not an option. She is, after all, the co-creator of an app called Cool The Globe that helps users track their monthly greenhouse gas emissions. “While creating the app, I have had people not taking it well when I corrected their facts on the topic. The reason behind it could simply be that I am a girl,” Prachi recalls. She hails social activist Nalini Shekhar as her biggest inspiration. Working closely under Nalini for some time taught Prachi to use her gender to her advantage, as the field of activism, according to Nalini, is a male-oriented one and men are often thrown off when they see a woman up against them.

But when 20-year-old media college student, Fllux, decided to leave her college degree midway and go solo backpacking through parts of India and Nepal, society was not so easy on her. “A lot of people did tell me, ‘Akeli ladki kaisi kargegi yeh sab? Bahut khatra he (How will a girl solo travel? It is not safe)’ but the fire in me to break out was burning so bright that I couldn’t hear anything else.” She believes that the media circulates exploitations related to women so much that the achievements of many women get buried under them. Fllux’s solo backpacking ride eventually turned into a series of adventures that she vlogged about. From shaving off her hair on her own, that too on the edge of a breathtaking cliff, to learning how to spit fire, she does not regret a moment of her whirlwind journey.

Independent filmmaker Krittika Kannojia finds it challenging yet interesting to be a girl in an industry that is mostly dominated by men. Krittika shares, “Handling a camera is associated with a man, even today. As I travel around with my camera in my hand, people look at me in a weird way. My male colleagues are rarely subjected to the same.” For her, the most difficult part is navigating through all the casual sexism that she finds herself surrounded with, as a result of working mostly with men. She recalls that it becomes difficult for her to point it out, as people respond by calling her a “feminist” with a negative connotation. “I feel the only way to power through is to keep doing your work and let it do the talking,” she advises.

While being a girl for many is just a biological affair, for Shakti Waghela, it has been a journey. Identifying as a transwoman, her journey into womanhood was about self-realisation, body positivity and maturing up. “In one life I’ve experienced it all. First I started off my life as a gay boy, then I would cross-dress secretly, and then I started transitioning. Coming from a very conservative family, where women are not even allowed to speak against men, I have learned to find balance and acceptance,” she explains. Having come so far, she now considers herself her biggest inspiration. “I am someone’s daughter, sister, aunt and, hopefully, future wife. That’s why I matter just as much as any other woman out there,” she concludes.