The India Pavilion is all set to present ‘Our Time for a Future Caring’ at the 58th International Art Exhibition — La biennale di Venezia. 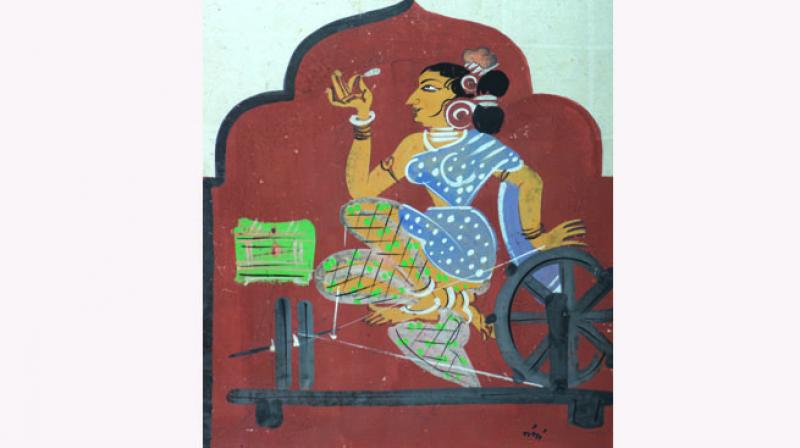 Great masters from Nandalal Bose to Atul Dodiya to present day GR Irana are on display at the Venice biennale to celebrate 150 years of the Father of the Nation from May 11.

A group exhibition curated by Roobina Karode, director and chief curator at the Kiran Nadar Museum of Art, organized by Ministry of Culture and commissioned by the National gallery of Modern Art (NGMA), critically engages with the figure and philosophies of Mahatma Gandhi, reflecting on his enduring impact and the contemporary relevance of his ideals.

It is part of India’s celebrations of ‘150 years of Gandhi’ in the exposition of the Haripura Posters created by famed artist Nandlal Bose belonging to the NGMA’s own collections, which are National Treasures.

Nationalist spirit and fervour was the signature of Nandlal Bose’s Haripura posters. They reflect his acute sensitivity to the landscape and village folk around him. Each poster is a validation of vitality and liveliness. The Haripura Panels were commissioned by Gandhi in 1938, to provide art that was accessible to the public and represented in everyday life, with portrayals ranging from artisans to musicians, labourers to housewives. 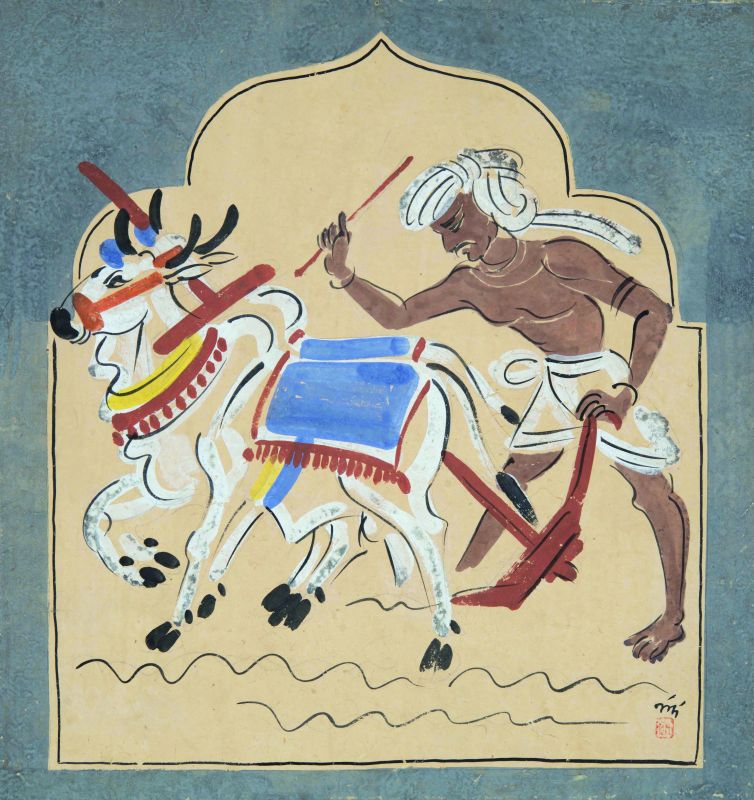 Director general of NGMA Adwaita Gadanayak is upbeat about the show. “Nandalal and his associates produced around 400 posters for the Congress convention at Haripura, held in February 1938, ” reflects Gadanayak, adding, “These posters were all produced on handmade paper with pigments made from local earth and stones, and mounted on straw boards; none were printed or mass-produced.”

Nandalal Bose is known to have looked at cultural idioms and the fabric of the common man when he created images of musicians, iron smith, tailors, even a monk creating pottery, an esraj player, a veena player, or just women doing their chores.

Sharing the history Gadanayak says, “To imagine that they were executed in 1937; commissioned by Gandhi for the Indian National Congress Party meeting in 1938, at Haripura – these are benchmarks in Indian history.”

One of the finest among these posters is the Bull Fighter. In that poster, the vigour and tenacity of the man and bull are shown through strong, gestural lines and swaths of bright, bold colours. Deceptively simple in appearance and invoking flavour of folk painting the Haripura Posters are amalgamation of the decorative and the calligraphic art with a rare ingenuity as well as personal insignia. 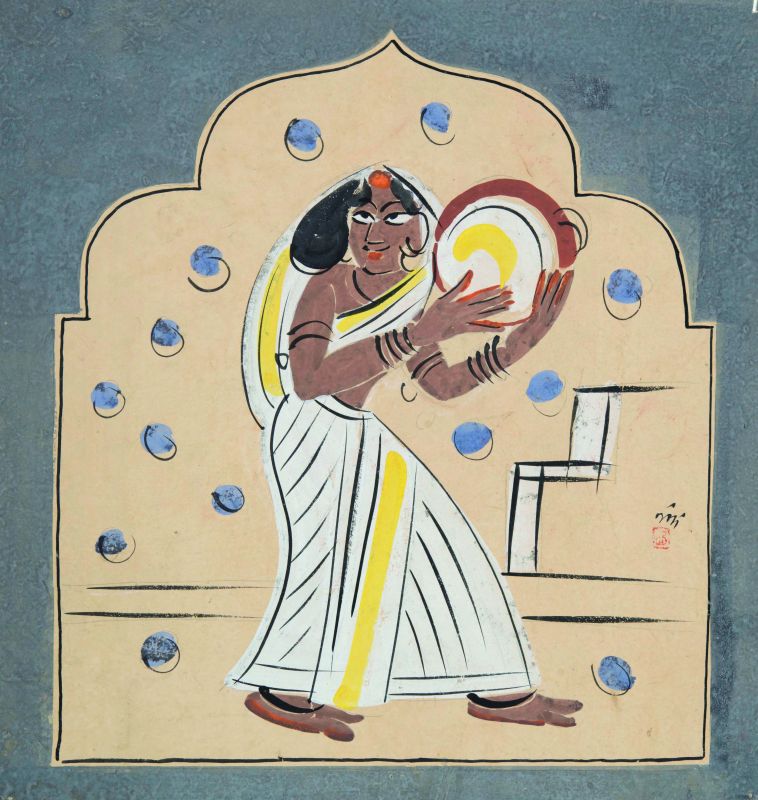 This is the first time the Haripura Panels are on display in Europe.

According to historical notes by art historian R. Siva Kumar, the township was built of local materials and in harmony with the rural surroundings. Siva Kumar is known to have written in an essay that they have to be imagined in their original context as part of a broader design to be fully appreciated.

In Zamin (1955) by MF Husain conceptually represents Gandhi’s village republics, with subject matter that continues from Bose but uses a modern idiom. This piece shows how deeply Husain was thinking about the idea of nation and the multiple languages, religious and social practices that uniquely go into it, perhaps alluding to Gandhi’s plea for ‘unity in diversity’.

Atul Dodiya has explored Mahatma Gandhi as a subject throughout the last 20 years of his practice, referring to him as an ‘artist of nonviolence’, probing the aesthetic qualities of his public image and legacy.  His work Broken Branches (2002) features exact replicas of the wooden cabinets used to display relics and memorabilia in the Gandhi memorial Museum in Porbander.

Jitish Kallat’s poignant, immersive video installation - Covering Letter (2012) – is a letter sent from Gandhi to Hitler, projected onto fog. The letter sent before the start of the Second World War is addressed ‘Dear Friend’ and in revisiting this historical document, Kallat reflects on the possibilities of peace and tolerance in a world plagued by violence and like Dodiya, the traces Gandhi has left behind.

Ashim Purakyastha puts the iconography of Gandhi under a critical lens. His series of postage stamps exploring the meanings of these popular images, which are both monumental and intimate.

Engaging with broader themes and ideas, the show features sculptures, photographs and accessories from Shakuntala Kulkarni’s project Of Bodies and Cages (2010-2012). The wearable sculpture and photo-performances investigates ideas of freedom and non-violence, particularly for women in public spaces.

Panic Garden (2014) is an installation by GR Iranna evokes the idea of walking as a performative action, practical but also meditative and spiritual.