Music and dance fest at Modern School from January 11

Delhi audiences have got out of the habit of paying to hear classical music concerts. 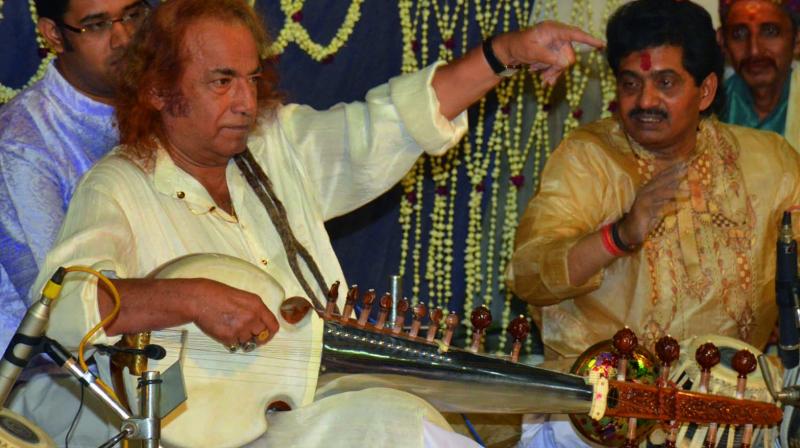 Delhi audiences have got out of the habit of paying to hear classical music concerts. In the 1950s and 1960s, tickets to Delhi’s iconic Shankarlal festival used to be Rs 5, which in those days was no mean sum, and music lovers would happily pay. Today, even for a much-awaited Ustad Zakir Hussain Khan concert, there are no takers for tickets. Organisers have fallen in line and obediently host free concerts.

The organiser of Delhi’s biggest classical music festival, Swami Haridas Tansen Sangeet Nritya Samaroh, kathak dancer Padmashri Uma Sharma has a different take: “Where do most youngsters have spare money to hear classical music concerts. They need to have the opportunity to hear the best, easily. I have many times been told to charge tickets but I believe that will defeat my purpose which is to spread the music to more people.”

The Shankarlal family have traditionally been patrons of music since the 1940s; Dr Vinay Bharat Ram, scion of the Shankarlal family, and an eminent musician and musicologist himself, today is one of the larger sponsors of the festival.

Today, in its 15th year, the festival hosts over 3,000 people who brave Delhi’s January chill, to hear music till late at night. Other sponsors include HCL, Lemon Tree Hotels, SRF and Art Karat.

Explains Uma Sharma: Originally called the Haridas festival, and started in Vrindavan, where Swami Haridas lived, the festival tries to showcase authentic “gharaanedar” musicians who are living out a tradition. 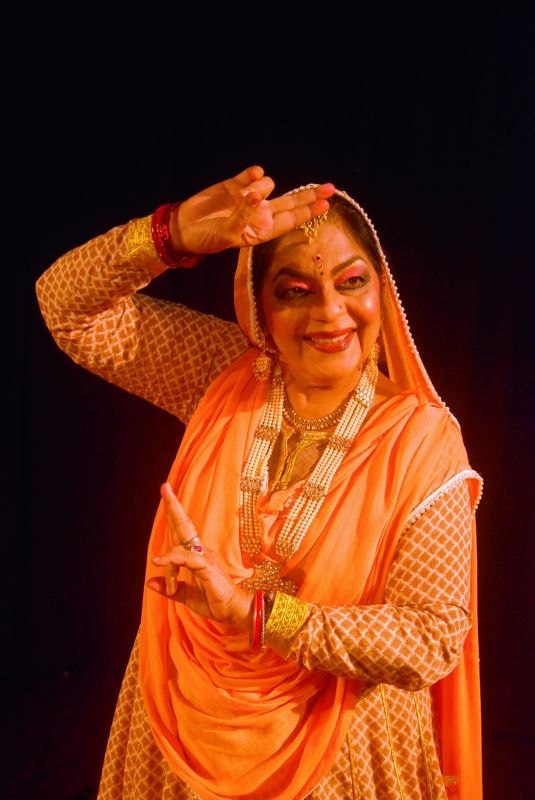 She said she has often been criticized for repeating artists, but her aim was to showcase the finest musicians and their legacies.

Mian Tansen was the most famous disciple it is said, of the reclusive dhrupad saint Swami Haridas. The Dagar family traces its musical descent from a disciple of Swami Haridas, and Ustad Wasifuddin Dagar is the 20 th  generation practitioner of this ancient lineage. It would be appropriate to have a concert of his at this annual festival in Swami Haridas’s name; Uma Sharma affirmed in the past the senior Dagar Bandhu have performed on the Haridas stage.

Mian Tansen’s most well known musical descendant in recent memory is Ustad Wazir Khan of Rampur who taught both the best sarod players of their time — Ustad Hafiz Ali Khan and Ustad Allaudin Khan, both of whom went on to forming their own gharanas of music —Gwalior Senia (now called Senia Bangash) and Maihar Senia.  It is very appropriate that their children are performing at this festival, in his name — Shiraz Ali, great grandson of Ustad Allaudin Khan will be accompanying his uncle and Guru Ustad Aashish Khan, and had this to say “I remember my uncle Ustad Aashish Khan and Ustad Zakir Hussain Khan were the first two artists to perform for this festival. I have been accompanying my uncle on this prestigious stage for a few years now and the audience is most endearing.”

Tabla maestro Bickram Ghosh said, “Aashish kaka (uncle) is like a father figure; I have known him throughout my childhood and I have such respect and admiration for him as an artist too. He has been a pioneer in fusion music; he founded the iconic band Shanti, whose music I loved. He has been an inspiration for me always. My first overseas tour was with him in 1982, to South Africa, and even today I am happy to play with him wherever and whenever he says. He is one of the most open musicians I know, with no feeling of hierarchy of instruments; tabla is as important for him as sitar or sarod. I have played twice before with him on this stage”

Ayaan Ali Khan, grandson of Ustad Hafiz Ali Khan said “I will be giving a musical tribute to both these Saints of music, Swami Haridas and Mian Tansen. Music is truly one of the most important “foods” for the intellect; our mind is like a living organism and needs to be stimulated and nurtured to develop and grow.”

This year the popular Kaushiki Chakravorty who has successfully brought in a new generation of listeners of classical music verbalized “the audience in Delhi in the last few years has really changed for the better. There are so many youngsters who now come; festivals like this have played a pivotal role in taking classical music to a younger generation. It’s impressive that this festival first started in 1971 and is still going strong; it’s older than I am! I am grateful to Umaji for this opportunity; this will be my first concert of 2018 and I am hoping for a full house if not a gate crash.”

Definitely, every music lover in Delhi will be wending his way to Modern School, Barakhambha Road between January 11 and 14, for the musical feast on offer.

The writer writes on music, musicians and music matters