Indian youths are using Instagram to break the stigma surrounding mental health, all while providing a safe space for people to vent. 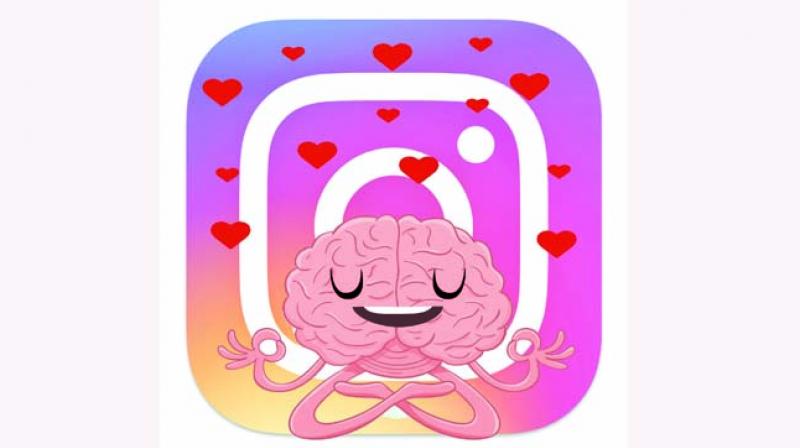 To counter these issues, millennials and Gen Z are now taking to Instagram, sharing tips for coping with mental problems and lending an ear to those in distress.

For aeons, mental has been a taboo topic. Stress, anxiety and eating disorders, among other issues, are all usually written off as ‘it’s all in your head’. What’s even more worrying is that, according to a 2018 study by The Live Love Laugh Foundation, 26 per cent of people would describe a person suffering from mental illness as ‘born with a brain defect’, whereas 47 per cent would say that the same set of people are ‘retards’.

Though conversations about mental health have increased, there is still no safe space to talk about it, and seeking professional help is expensive. To counter these issues, millennials and Gen Z are now taking to Ins-tagram, sharing tips for coping with mental problems and  lending an ear to those in distress.

When 19-year-old Bhavika Mehta was having trouble managing her mental health and was unable to talk to anyone about it, she decided to start an Instagram page named @to.a.happier.world to provide a safe space for people to vent. “When I was in school, I couldn’t afford therapy. I couldn’t tell my parents that I wanted  therapy because they would take me to an astrologer rather than a psychologist. I couldn’t even confide in my friends because then they would judge me or I would be a burden on them. That bothered me, so I decided to start something,” says Bhavika, whose page now has close to 10,000 followers.

Ayushi Khemka and Adishi Gupta run a similar page named Mental Health Talks India (@mentalhealthtalksindia). As an M.Phil student, Ayushi faced a lot of mental health issues related to academics, which was the key catalyst to her starting the page. “In an institution like JNU, I faced a lot of gaslighting, and people really didn’t understand mental health issues. And I thought that if people over here, who are intelligent and highly educated, don’t get it, then how little awareness is there in society?’ That was how the page came to be,” she shares.

Adishi, on the other hand, felt that Instagram was a safe space, as she saw many pages talking about mental health on the platform. “My motivation wasn’t to find people to talk to, I just wanted a place to talk about it. In my immediate environment, I didn’t have a lot of people who would get it, and I didn’t have the kind of vocabulary or the kind of articulation to talk about what I was going through. And by reading other people’s stories online, I thought that this was a good way to start and I could do that,” she says.

One can also find community-based mental health page @thesafeplace on Instagram, run by a group of seven 20-somethings in Chennai. Benita A, the content head of the page, wanted to create a platform to raise awareness on the taboo topic. “Even in a family when you say ‘mental health’, people don’t really understand. They are like ‘you’re just a teenager, you’re feeling sad’. That’s a really common line that we hear. When you’re sick, you go to the hospital, and it should be the same way for mental health. If you’re feeling stressed and you feel like seeing a counsellor, it should be a normal thing to say,” she opines.

The page shares tips based on different types of problems, age groups and genders, and also sheds light on the common struggle that most of us face. Citing an example, Benita says, “One of our posts which was really appreciated was about depression in men. My male friends and the people who read that post liked it because it is also a stigma.”

In addition, @thesafeplace also works outside social media by hosting events. They are working on their third event now, which will be based on Meme Therapy. “We are trying to get in contact with a few stand-up comedians who are interested in using comedy as a tool for mental health,” Benita explains.

As for Bhavika, who started @to.a.happier.world in June 2018, she would encourage people to DM her. She would then listen to their woes and talk to them. She hired volunteers as the page grew, and is now managing a team of 53 people. The page receives an average of 20 DMs per day, and most of them are by teenagers and people in their twenties. “Teenagers’ problems revolve around relationship issues, parental pressure, lack of understanding and communication with parents, then academic pressure. There are few cases of domestic violence that we handled, and there are few cases of abusive parents,” says Bhavika, who recently also counselled a married women facing relationship troubles.

Explaining how a 19-year-old can counsel a 40-year-old, Bhavika says, “I cannot empathise with her but I can try. What most people need is someone to hear them out, because when it comes to marriage, you cannot confide in people around you. In our society, if one person gets to know, then it becomes gossip. People of that age really need somebody to listen to them who don’t judge them. We help them find solutions on their own.”

To provide professional help to those in need, Bhavika is in talks with psychologist. She is planning a collaboration where people can access professional help at a cheaper rate, between 300-400 rupees, via her page.

Meanwhile, Mental Health Talks India works on awareness and advocacy, and is trying to make mental health-related content accessible. They have even started sharing their posts in Hindi. Naturally, they are often approached by people who need someone to talk to. “Whenever people DM us and talk about their problems, we either try to share our resources with them, in terms of connecting them with professionals, or if either of us has faced a similar situation then we tell them what we did,” Adishi explains.

Social media has always been made the scapegoat, and has often been blamed for mental health problems in youth. Although such claims can be true to some extent, these pages are changing the way social media is perceived.

Explaining her reason behind choosing Instagram, Ayushi says it was a conscious decision, “I have many family members and work-related people on Facebook, and I wasn’t so sure of how much of this am I ready to share with them. Also on Instagram, there were many pages which were talking about mental health. So Instagram became a space where I can connect with people.”

Bhavika, on the other hand, feels that Instagram is more popular among the youth, whereas Facebook had its own challenges of message requests.