In her mum’s shoes

Most daughters grow up copying their mums—the way they walk, talk or how they dress up. 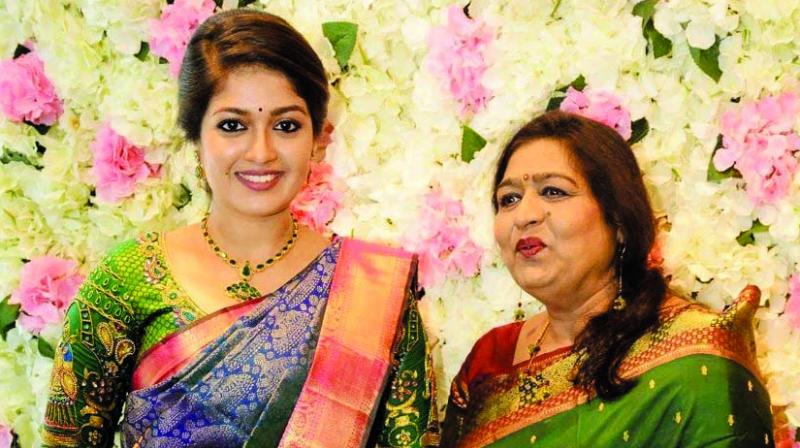 The glitzy world of showbiz has seen some extraordinarily talented mother–daughter duos. Singer Jennifer Lopez, who recently performed with singer Shakira at the 2020 Super Bowl Halftime, introduced the world to her talented daughter, Emme Maribel Muñiz, who sang with her that evening, leaving fans mesmerised. Other daughter-mother duos in the same profession include Kate Hudson and Goldie Hawn and Blythe Danner and Gwyneth Paltrow, and, closer home in Bollywood, Alia Bhatt and Soni Razdan, among others. The daughters may have got into the  field by virtue of the accessibility their relationship gave them, but they have certainly proven that they are stars in their own rights.

Bangalore-based Seema Malhotra let her mother Jamila Malhotra’s passion for designing inspire her into becoming the ace fashion designer she is today. “My mum designed as a hobby and not professionally, but it is from her that I inherited my sense of design and colour,” says Seema, who in collaboration with her mum, established their brand called ‘Shimmer and Shine’. 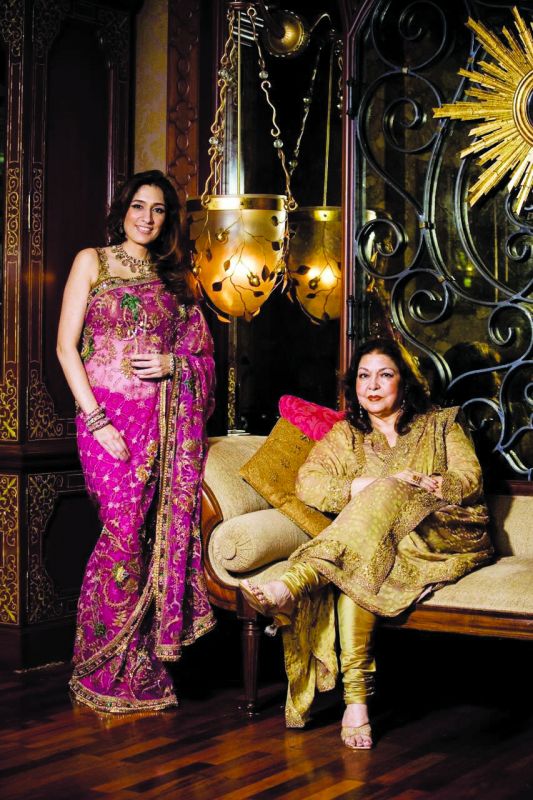 It also helps that the mother and daughter always think alike. “Our sensibilities are very similar and my ideas are usually just offshoots of what she had imbibed. So our partnership is such that we grow out of each other’s ideas rather than differences of opinion,” add Seema, who admits to running her designs by her mum even today.

Another such daughter who grew up in complete awe of her month is the south-Indian actress Meghana Raj, who debuted in Tollywood with Bendu Apparao R.M.P. Daughter of National-Award winning actress Pramila Joshai, Meghana believes she was destined to join the film industry.

“As a kid, I used to watch my mum handle her personal and professional lives like a pro. And the ease with which she handled everything around her made me love the vibe around the entire industry,” says Meghana, recalling how she always wanted to become independent and the epitome of multi-tasking, just as her mum.

Meghana then goes on to share that while her parents secretly did not want her to choose another career, the atmosphere at home was always conducive to healthy debates. “As a family, we ensure we sit together and listen to scripts. But the choice of doing a film is entirely mine,” adds Meghana.

How does getting compared with her mum feel, we are curious. “Oh, I get compared to my mum in many way, be it looks, the performance or whatever else., but none of this seems like a negative,” she adds.

Model, talk show hostess and former Bollywood actress Pooja Bedi, who was born to the late danseuse Protima Bedi and the actor Kabir Bedi, believes no matter how much your profession is the consequence of being inspired by your mum, you must give a 100% of yourself to it.

“I’ve always encouraged my children to follow their hearts, passions and dreams because then they will excel in whatever they choose to do,” chips in Pooja, adding that her daughter Alaya, who takes art classes, is an amazingly talented artist. “She loved football and hockey, and played for the school teams... then she wanted to be a director so she worked hard to get into the direction program at the prestigious New York University. When she expressed wanting to be an actor, we put her into the New York Film Academy and a series of Bollywood-related classes once she was back home.”

According to Aruna Elavarthy, an ICF-certified life coach, a mother plays a major role in the choices a chid makes. “Kids learn a lot through observation, and when they take up the same careers as their mums, they share a bond far beyond an emotional one, connected even on a creative level. Sharing ideas about work only strengthens their bond,” says Aruna.

For Pooja, whose daughter is clearly taking after her in terms of her career choices, the biggest concern is the shelf life of an actor. “Then again, there are many verticals even within the film industry, be it production or direction,” she says, adding, “The younger generation is sorted and have a good head on their shoulders. They are super focused and willing to work hard. I think whether they follow their mommies in the choice of their profession, these kids deserve the opportunity to pursue their dreams to its full conclusion and find their own successes.”

— With inputs from Lipika Varma and Subhash K Jha