Plant it the Japanese way

Forest Creators, A city-based NGo, is using a revolutionary afforeestation technique called Miyawaki to create forests all around the country. 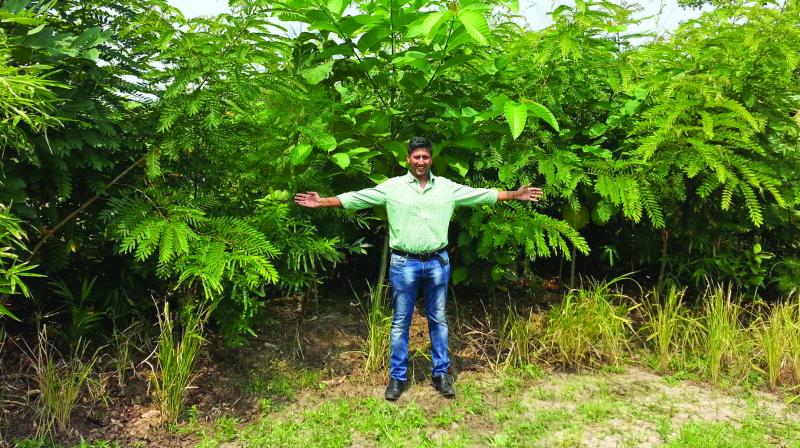 In a city like Mumbai, the bug of rapid urbanisation and concretisation has bitten so hard that even the green lungs of the city are crippling in the favour of unsustainable development. While it is clearly near to impossible to match that of urbanisation, a city-based NGO, Forest Creators’ technique of afforestation can perhaps offer a faster respite.

Using the Japanese technique of tree planting called Miyawaki, the non-profit organisation has been actively conducting afforestation drives across the country since 2013. It was the Japanese botanist and ecologist Akira Miyawaki , who discovered Miyawaki as a tree-planting technique that uses native varieties of trees to grow forest in small places. Dipen Jain, who founded Forest Creators with Dr. RK Nair, reveals, “There are three basic points that the Miyawaki talks about. One is planting native trees because they are always going to be beneficial for that particular environment. Second, the trees are planted very densely at about one and a half to two feet distance. And third, we try and put in as many as 30 to 40 varieties of species.” From Rajasthan, Chattisgarh to the Western belt, Forest Creators have planted up to 6,00,000 trees in the country so far.

And not only afforestation, the technique also helps in biodiversity and the restoration of the area. “So if there is a particular insect that goes into a particular tree or a particular fruit that grows on a particular tree, any butterfly that would go into that particular flower — all these are likely to bring back with them different varieties of the trees,” affirms Jain, adding, that since one is providing a supporting ecosystem for the trees to thrive, they grow 10-15 feet long in the first years itself and into a forest in 10 years.

What’s conducive to the method is the focus on the soil quality. Since soil quality differs from region to region, so organic additions are made to enhance soil’s water retention capacity, perforation and nutrition content. Giving an illustration, Jain says that the plantation in Rajasthan required them to add coco peat to increase the water retention of the soil. “Since, coco peat retains water like a sponge, the reason we added it to the soil. Additionally, in the next five years it also decomposes and becomes food for the roots,” he says. Similarly, they used rice husk in the black cotton soil of Ahmedabad to make it more porous.

Even though, the change makers have enjoyed success, their venture is yet to see full bloom in Mumbai.

“There is no land available. If it is available, then it is controlled by the BMC, or a builder would rather use it for some facility that he could sell. Every inch is sellable,” he points out, before adding that they prefer not to look at it negatively as their efforts are making difference in other places.

In fact, they get recognition time to time, as they had won an award from the chief minister Devendra Fadnavis for creating a forest comprising 33,000 trees on a toxic dump yard in Tarapur, Biosar.