While the government is busy promoting everything Indian, a veteran journalist in desi attire was recently refused entry into a snooty Bengaluru Club. 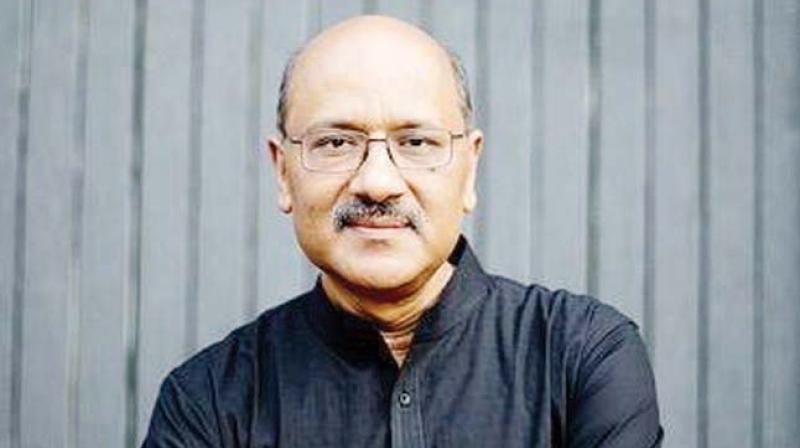 British Indian polymath Ishwar Chandra Vidyasagar, a key figure of the Bengal Renaissance, had famously, in the 1800s, spoken to his Western clothes and fed his suit after he was denied entry to a club for wearing a dhoti-kurta. Unfortunately, decades later, the situation hasn’t changed much. Recently, well-known journalist Shekhar Gupta was not allowed into a Bengaluru club because he was wearing a kurta. It did not matter that Shekar was wearing a kurta from an up-market brand, but what got noticed was the traditional Indian attire that is considered unsuitable for clubs. And though the British may have left long ago, the hangover of their rule still lingers, most famously in the clubs that still adhere to the decades-old imperial dress code.

The writing on the wall is clear — Western clothes will always retain their superior status. Many eminent celebrities have expressed their grouse about this dress code and to be fair, some clubs have relaxed their rules to allow traditional attire. So, the question arises about the need to stick to outdated rules that ban Indian clothing at a few clubs.

Premkumar Karra, former president, Madras Cricket Club, denies that it still exists, “The colonial dress code is history (after a Madras high court order removing any club ban on the dhoti). We have to change with the times. Can we stop a Modi jacket from being worn in the club today? I believe a dhoti and shirt, kurta and pyjama are smart outfits. A compromise would be to specify certain areas of the club with a smart dress code while general areas should be free for members and sportspeople with their dress preference.”

Young Gandhian Siddharth Mohan Nair, who runs DesiTude, is always dhoti-clad and believes it is not right on the part of clubs to have a blanket ban. “It’s true that there should not be any indecency while wearing a dhoti or a lungi. I don’t personally agree to a blanket ban on it. I wore it for my engineering convocation and I wore it when I visited a pub in Bengaluru. In Delhi and Mumbai, little kids would sing Lungi Dance when they saw me. But I take that lightly and never had a personal experience when I was asked to leave a place for wearing a dhoti,” he said.

Some time ago, Justice Krishna Iyer of the Supreme Court was denied entry to the Madras Cricket Club. He called the chief minister (M. Karunanidhi then) and raised hell, but the club refused to budge. Decades later, however, politicians had to be allowed entry thanks to the pulls and pressures. Recalling the incident, Karra says, “The club compromised by designating a part of the pavilion for functions involving politicos and their dhoti-clad dress code. The club’s contention is that an association of persons has a right to determine a dress code for their private club. That right is not to be eroded for the sake of politicians.”

Any member of any club will attest to old-world ambience, the air of bonhomie shared over a drink or a game with old friends and the affordable food which is why clubs still thrive. But the constant reminder of the colonial rule — the aversion to traditional attire by some clubs still remains irrespective of the weather, the comfort or the health of its members.

Raghu Karnad, Indian author and award-winning writer, states, “I’m not too concerned with how establishments torture their members or patrons — what bothers me is the demands they make on their staff, forcing them to wear suits, waistcoats, ties, closed shoes, all synthetic fabrics and outdoors even in peak summer. Look closely the next time you drive into a club or hotel — those men are kept outdoors, clad in layers of heavy clothing, through the summer, just to make us feel like sahebs. There are so many ways to adapt traditional Indian clothing, all of them smart and climate-appropriate, which would reflect so well on the good taste and quality of an establishment. And, I’m talking about elite establishments in general.”

As everyone agrees, clubs are no longer the elite places of the colonial era; affordability and ambience make it an ideal hangout place. Imposing a dress code for the sake of archaic rules is totally uncalled for in the modern context.

‘Dress code concept stupid’
Even in Delhi, there are some gymkhanas, which are colonial establishments and are reluctant to let you in if not following the dress code. The entire concept of dress code is stupid. We need to stop discriminating and celebrate traditional culture, which also includes traditional attire. There might come a day when places start having issues with the sari, because that, too, is Indian wear. It is high time we stopped encouraging the dress code police.
— Kiran Manral, Author

‘There is nothing in the Constitution’
Strictly speaking, there’s nothing in the law books, or the Constitution for that matter, that makes snobbishly objecting to a dhoti and chappals a punishable offence. After all, restaurants and hotels are within their rights to refuse to serve someone in a swimsuit or shorts, and temples often refuse to allow female worshippers to wear pants — and how do you legislate against that?
— Dr Shashi Tharoor,  Member of Parliament, Lok Sabha

‘Attire depends on comfort’
We don’t have a dress code at London Taxi. I have never heard people being thrown out over a dress code. I think one must scan the behaviour pattern rather than their choice of clothing. In fact, people are mature enough to know what to wear and what not to, respecting the occasion, though there could be exceptions. And, if a club organises any special night, they inform the theme of the night, which I think should be followed. According to me, no one can tell someone what to wear; at the end of the day, it is all about one’s comfort.
— Dhaval Udeshi, Owner, London Taxi