The population of India is rising at alarming rate and this is why the country is known as the second most populous country in the world after China. 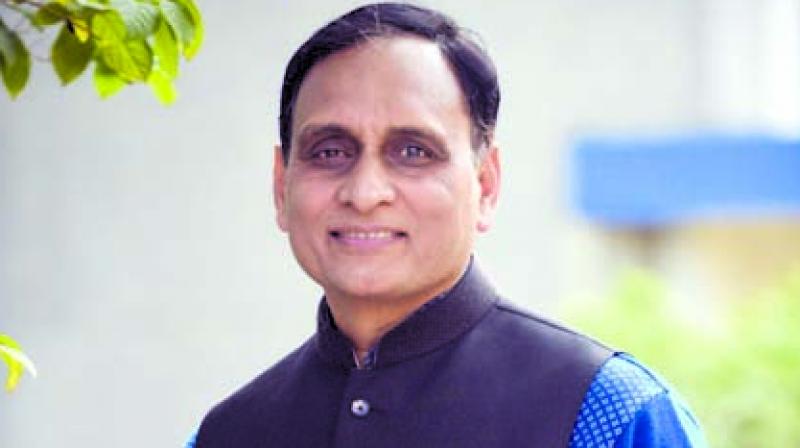 BJP MP Rakesh Sinha introduced ‘The Population Regulation Bill, 2019’ in the Rajya Sabha on July 12. the bill seeks punitive actions against those with over two children.

Metros stuffed to their capacity, roads clogged by traffic, hospitals overflowing with the ill and diseased, schools, housing societies are packed to capacity… India is maxed out as far as its population growth is concerned. The infrastructure and natural resources of the country are just not growing at the same rate as its population and this is where the seed of all India’s problems lie. According to recent data produced by the UN, the approximate population of India is 1,350,438,098. The population of India is rising at alarming rate and this is why the country is known as the second most populous country in the world after China.

India’s awareness about the population ‘problem’ goes all the way back to the 1980s. I remember in the ‘80s, the slogan “Hum Do Humare Do”, and the little figures of mom, dad and their two kids, painted on almost every wall of public (and private) building. India was actually the first country to adopt a national policy for limiting a great Indian proclivity. However, all the signboards in the world could not get Indians to slow down on their singular intent to reproduce. Now India is expected to overtake China in 2034, and honestly we are three times smaller than China in sheer landmass. Our resources like water are steadily dwindling. Where is everyone going to go?

Inhabiting another planet has occurred to some of the intellectual elite however who is to know we won’t do the same thing to another planet? We as a species need to change the way we consume resources and India has to cut back on its population to increase its available resources.

According to a discussion by economics India, population explosion in India is prevalent because of many social evils. The first being the early age of marriage, the second being the poor status of women in our society, thirdly it is the lack of education and illiteracy to be blamed and mostly it is the unwillingness of the average Indian to accept any social change. Adoption is still looked at with a jaundiced eye, while it can actually be a solution to our over-populated country. Those living childless lives have will have the ability to raise a child in a good environment, while those over-burdened with too many children will experience much needed relief.

The practice of early marriage increases the TFR (total fertility rate) of the average Indian women. We know that in India minimum age for marriage is 21 years for men and 18 years for women, as decreed by law. However we also know that many Indian girls get married before the age of 18, and this increases the number of years for which a woman can remain fertile. When women are kept within the four walls of their homes with the sole measure of procreating and raising a family, this too leads to an increased mortality rate. When women join the workforce and are outgoing and educated, they are less likely to be exploited into having numerous children. It is a known fact that when both father and mother are working, there are lesser chances of a family having more than one or two children. This leads to an immediate cap on the number of children per family and it also raises the standard of living of that particular family.

In a recent development, a PIL was moved in the Delhi High Court seeking directions to the Centre to implement population control measures on the grounds that population explosion is the root cause behind rise in crimes, pollution and dearth of resources and jobs in the country. The petition by BJP leader Ashwini Kumar Upadhyay, who is also a lawyer, has sought implementation of recommendations for population control made by the National Commission to Review the Working of the Constitution (NCRWC) headed by Justice Venkatchaliah. This law if implemented may actually bring about some kind of check on the exploding population of India.

However, it seems even before it can be implemented this law is being politicized in the worst way possible. Footage of BJP workers protesting against the number of Muslims being born is all over the internet and news channels. The factory of fake news is busy churning out erroneous data that the Muslim population will outgrow the population of Hindus in this country. This tendency is extremely dangerous. Because it overlooks data that is already present and creates fake data in order to politicize the issue, create a sense of panic and hence divide and rule. Just check online and one can easily see that Hindus in this country are currently at 80.5 per cent while the Muslims are at a mere 13.4 per cent, Christians at 2.3 per cent and Sikhs at a measly 1.9 per cent, so there is absolutely no reason to panic, Hindus, we are still the majority
population!

Population control laws have to be a “one size fits all” kind of law. Because if the government were to begin demarcating population on the basis of caste, religion and sex, this would lead to a complete imbalance in the population. In the case of sex, we have already seen the devastating effects of female infanticide and how that leads to a lopsided growth. Population control laws have to apply to everyone and cannot be biased, or we will lose out on the diversity of the nation which has always been our strength rather than our weakness.

Currently the new bill  seeks that the Centre “may set a two-child norm, as a criteria for government jobs, aids and subsidies, and, may withdraw statutory rights i.e. right to vote, right to contest, right to property, right to free shelter, right to free legal aid”, for not complying with it. On the face of it, this law sounds great. But it has the potential to be severely misused. Before it becomes a law, various checks and balances need to be worked into it.

Rather, let’s concentrate on effective family planning, education and empowerment for our women and a general implementation of existing laws.

The writer is the chairperson of the All India Congress Committee grievance cell. Views expressed here are personal.