Panchaksharam, the dance troupe that woos hearts, has just five members — the eldest a post graduation student and the youngest a class VIII student. 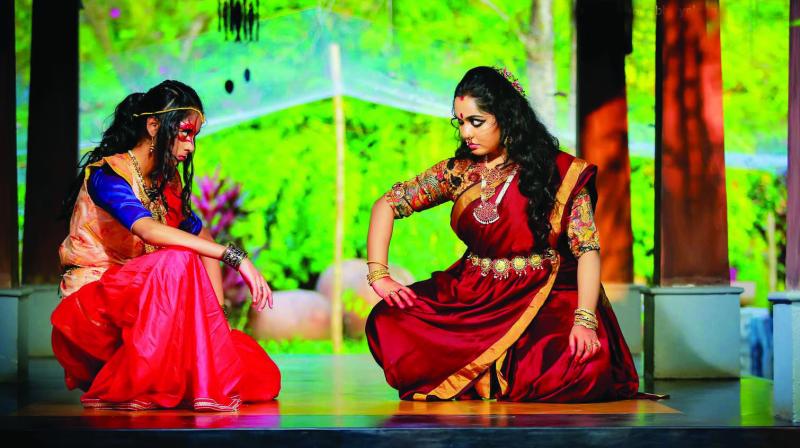 Panchaksharam, the troupe formed by five girls, experiments with various dance forms by telling the tales of the mythical women ignored by mainstream art forms.

It’s a war between two women — the mythical princess Damayanti and the demon Kali who possessed the former’s husband Nalan. The video Vairam begins as an irate Kali waits in an eerie spot as Damayanti begins her prayers. Nagavalli Rocks by Thaikkudam Bridge starts playing in the background. The dance begins — Damayanti in grace and Kali in terror, it’s a war between perseverance and rage. Then happens the confrontation — at a spot that resembles a brick kiln/pottery where the determined Damayanti wins over the powerful Kali. As the performance ends, there’s silence and it takes the viewer a few minutes to come back to his/her senses. Panchaksharam, the  dance troupe that woos hearts, has just five members — the eldest a post graduation student and the youngest a class VIII student.

“We do not follow any particular dance form. The gestures are from Bharatanatyam, Mohiniyattom, Kuchipudi, Kathakali and Kathak, but the moves are mostly contemporary,” says Athira Jayaraj, who played Damayanti in Vairam. 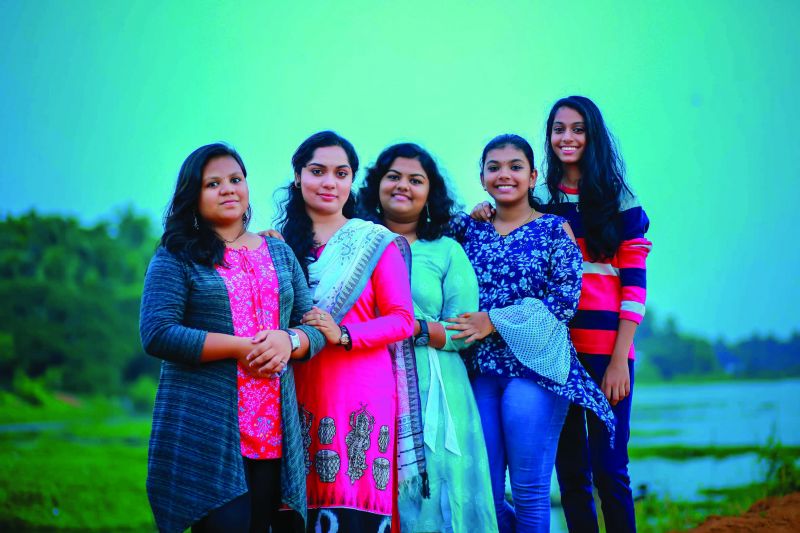 Panchaksharam was formed after she, her siblings and her likeminded neighbours, all of them trained in various classical dance forms, decided to team up for the anniversary celebrations of their apartment complex. Apart from Athira, who is a post graduate student of criminology, the team members include Wafa Jabbar, the class VIII student who played Kali, class IX student Chandana, Avani, who is in class VIII, and class X student Arya.  Athira says, “I have been training in classical dance for 16 years and am currently learning Kathakali at Kalamandalam.  All of us have been learning dance since childhood and give experimental performances at our residents’ association events.”

One may think that it’s no different from other small amateurish dance groups. But their ideas and passion make them extraordinary. As Athira puts it, “The tales of the ignored fascinated us. For instance, in the Kathakali version of Nalacharitham, the stress is more on Damayanti’s interactions with the swan, Nalan’s game of dice and the events that follow. During interactions with the masters at Kalamandalam, we found out that certain portions of the epics were cut out to adjust the duration of the performance. It was those cut out portions of the epics that caught our eye.”

The introduction to Vairam reads: Wars always affect womenfolk the most. It is indeed women who stick to their roots, abandoning their urge to flee, ultimately winning through tolerance. Athira stresses, “The victims of all wars are mostly women, though the epics always celebrate it as the fall of men, the loss of their kingdom, stature and the pain they undergo. Our mission is to talk for the women who suffered.”

The maturity with which they planned the acts fascinated their parents, who, when approached by the children seeking advice on forming a team and bringing out videos, decided to fund it. But they didn’t want to go overboard with the monetary support. “We told we can shell out a maximum of `25,000 per video. They had to take care of the financial management,” says Aagneya Femina, Wafa’s mother.

The girls agreed. They couldn’t compromise on their academics. They practised late nights, even during exam time, made the accessories through DIY techniques all by themselves and googled through places to find the apt locations for their performance. For the costumes, they got help from Aagneya, who is a fashion designer. Friends and relatives too helped with the technical work. Now the video is out, everyone is happy that their ideas are being welcomed.

“We got a lot of advice too, on how to make improvements,” she adds.

For their next, they have various ideas. “Yakshi tales, the dark side of Greek goddesses, night fairies and a piece based on Navarasas. You just have to wait and see,” Athira smiles.