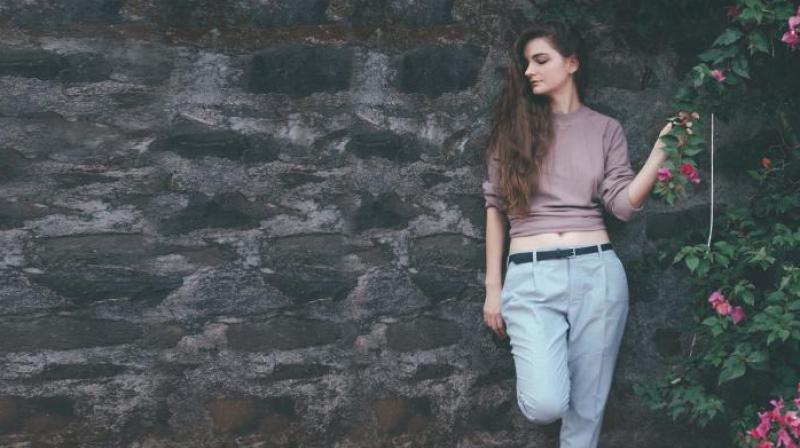 Her golden brown flowing locks and fierce eyes make one easily think that Daria Gaikalova is a model. She is, but not just that. An actor, theatre activist, teacher, screenwriter and filmmaker, Daria, better known by her stage name Dar Gai, came all the way from her homeland Ukraine to India, which is now her second home. Fascinated by the culture and its underlying societal idiosyncrasies, Dar rooted her films in Indian soil. Her first feature film Teen Aur Aadha, co-produced by filmmaker Anurag Kashyap, narrated the 50 years of a house and won 12 international awards. As her second feature Namdev Bhau is all set for its Indian premiere at MAMI this month, the filmmaker shares why she finds Indian stories more gripping than the Ukrainian ones.

“Ukraine gave me incredible exposure in art, philosophy and literature. Since the age of 10, I had been a part of a Ukrainian theatre group and acted in over 15 plays. During my graduation days, I was so busy acting, organising theatre festivals and art exhibitions, and shuttling between different cities with Ukrainian experimental folk band that I didn’t have time to even sleep or eat!” recalls Dar, who had by then directed 12 plays, founded Molfarnist, an art organisation, organised two theatre festivals and three art exhibitions in Ukraine.

Soon, she started feeling that it was time to explore various cultures. Seven years ago, she received an invitation to teach at Scindia School in Gwalior and Whistling Woods International in Mumbai, and she flew down to India to teach creative writing and film appreciation. As she explored the country, Dar realised that it is a land of inspiration. “Every day, I could come up with two to three ideas for movies and plays by just observing the culture. It’s a country which is brimming with stories waiting to be written and filmed,” she says, adding that Indian and Ukrainian traditions have a lot in similar — strong family bonds, folk music, love for colours and theatre.

Even the film industry isn’t much different, she observes. “The only difference is the numbers. Ukraine is a much smaller country and doesn’t have so many films made every year. Both the countries have a serious appetite for commercial cinema and a high percentage of art house film buffs. Ukrainian aesthetical choices are based more on Western culture and Aristotelian theory of drama whereas India has Natyashastra. We have different aesthetical lineages, but many in common. During the USSR era, a lot of Indian films were screened at the local theatres there. My grandmother remembers many Kishore Kumar films,” she says.

Both her feature narratives, Teen Aur Aadha and Namdev Bhau, are shot on micro budget. While the former engaged in a unique, non-traditional perspective of narrative in three 40-minute shots exploring human need to love, escape and belong, against the backdrop of a house that shapeshifts from a school to a brothel to an elderly couple’s home, the latter has an entirely different premise — a 65-year-old chauffer’s journey in silence. Tired of the noisy Mumbai, Namdev completely stops talking and sets off on a journey in search of Silent Valley, which has almost zero-decibel sound level. On the way, he is joined by a 12-year-old, who is on a solo expedition to the mythical ‘Red Castle’. When screened at international fests, the performance of the lead cast was hailed much.

Dar says, “Namdev has no acting experience; he has been working as a driver for 45 years. With his natural charisma, I had no better choice. Arya, who portrayed chatterbox Aaliq, had acted in Teen Aur Aadha and I knew he is a natural in front of the camera. Interestingly, both the actors have completely opposite personalities in real life — Arya is a calm introvert while Namdev is restless, loud and chatty.”

Among international audience, Dar is hailed as an emerging voice in contemporary Indian cinema. At an industry which heavily banks on mammoth-budget productions, Dar walks a less-trodden path.

Ask how dependant is the quality of a creative work on budget, Dar comments, “Pirates of the Caribbean, if shot on a budget of `20 lakh, would look like a cartoon. I choose subjects that fit to the financial plan. We believed Namdev Bhau could be shot with a seven-member crew and despite it being a zero-budget production, we have tried to come up with innovative ideas. Music composer Andrea Guerra, known for Pursuit of Happyness and Hotel Rwanda, whom we contacted solely through social media, agreed to join us without any remuneration. Yes, it was tough; we went weeks without sleep, but it pushed us to explore something that would seem impossible at the first sight.”

Dar is convinced that it’s not easy to pave a path of fame in the world of glitz and glam.

“We know that we are not making commercial films. With no big budget or stars, it’s difficult to establish yourself in Indian industry. But I don’t believe in quick success. Everything happens in its own time and space. Right now, it’s a good time for cinema with emerging VOD platforms. The audience welcomes all genres; stories have become a reason for box office performance. We have decided to make one feature film every year. As of now, we are developing three feature films which will go on the floors in the next two years and two web series for local VOD platforms.”

Unveiling her further plans, Dar explains, “We chanced upon many extraordinary people with undisputed talents; most of them with no film school background but inherent talent. Our lead actor worked as a driver his entire life without recognising his incredible acting talent. In a country as big as India where people are hardly given a chance to discover themselves, I want to create a collective space where they can be groomed and appreciated.”

Dar’s mission is to entertain people. “Not only in the inane, escapist sense, but in a way audience can recognise their deeper emotions. I want to continue exploring myself through the world, and the world through myself,” she winds up.