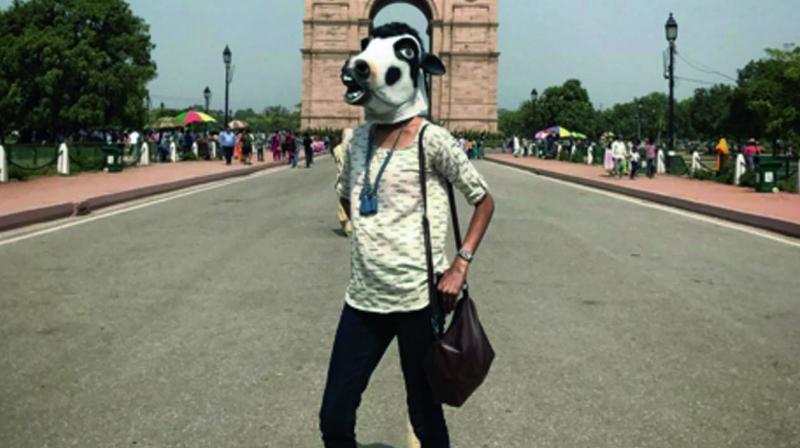 There is a new internet star — a cow mask — trending on all social media platforms. Photographs of Indian women wearing a cow mask are posing numerous questions and getting mixed responses from different sets of people. A brainchild of Kolkata-based photographer and artist Sujatro Ghosh, the series has also attracted a lot of international attention. With incidents of lynching as well as sexual abuse increasing in the country, Sujatro decided to protest with what he knew best — his art.

“This is something that I was always concerned about but implementation was the biggest problem. Fighting with extremist groups was never an option for me, so I had to come up with my own way. It is a silent protest that I came up with. It questions the people who talk about protection of cows in a country where humans, especially women, are treated worse than animals,” explains Sujatro. 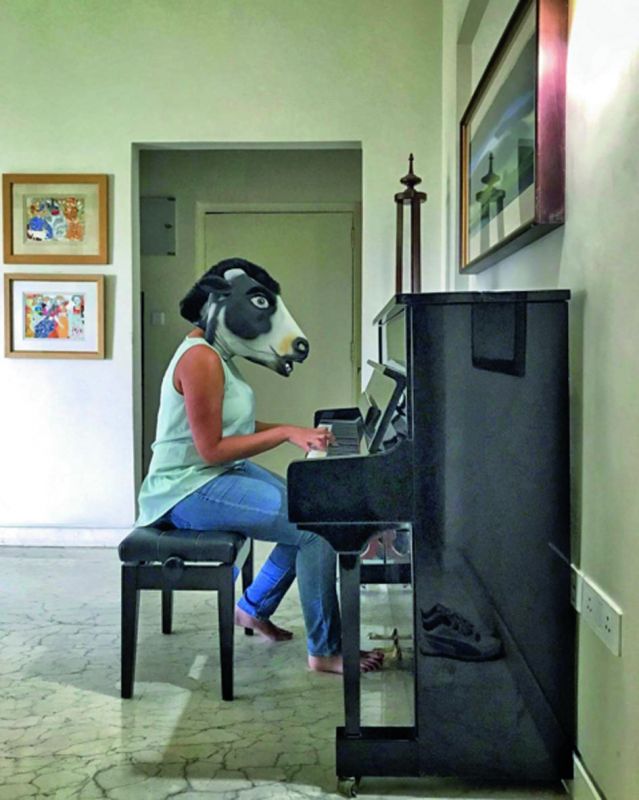 Drawing an ironical comparison, his project’s main focus is women safety. “This project is a collaboration between me and those women who I am photographing. These are the people who really believe in this cause. My primary intention is to portray the viewpoints of these women. I can see how this project could bring more attention to cow-terrorism, but the primary intention of this project is women’s safety,” he says.

“When cows are protected to the extent that people are lynched, even if they are suspected of carrying beef; why aren’t women protected so fiercely?” he questions. The project does not aim to propagate the idea that women need protection in any way or that people should be lynched for any reason, but to point out the irony of contemporary times when people seem to have misplaced their priorities. “Sexual abuse, apart from a few cases, never draws huge attention in India. It seems to have become a part of Indian life — it seems banal to people now. The project aims to shake people out of this nightmare of a reality. I don’t want people to get violent and take law in their hands; it is unfortunate that such things are happening. Considering cow is being talked about so much, I used a cow mask,” he says.

The much talked about mask in the photographs was purchased in New York once this idea struck Sujatro. Talking about being trolled for the project, he shares, “Trolled is an understatement. I have been threatened. People said that I should be lynched and I am anti-national. I was told to go to Pakistan, shoot something there and see how secular Pakistan is. My mother has been crying over this, she fears for my life. I think people who threatened me didn’t really understand what I was trying to say. This project is not about being secular. The project has used a cow mask to highlight the issue about rampant abuse that women face, but the reality is that this project is only using a cow mask due to the contemporary socio-political atmosphere. Women’s rights and safety was equally important and existed before cows became a part of newspaper headlines.” 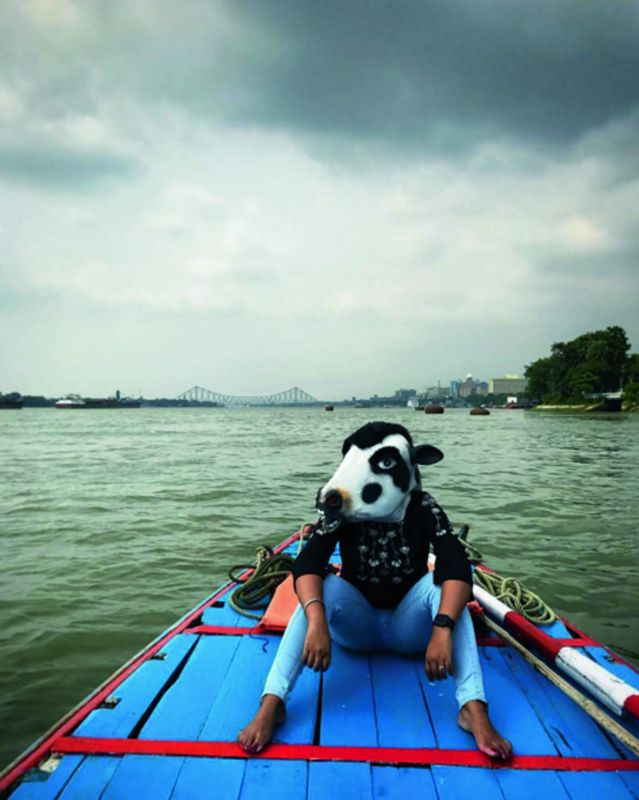 Sujatro has shot women belonging to different religions and castes. Almost 30 women have been a part of this growing project. “The mask plays another important role as it hides one’s identity to a certain extent. One can’t really tell which woman belongs to which religion, class or caste in these photographs. It highlights a uniform category above all this — that of women. So the project also aims to demolish several social barriers that divide us,” he explains.

However, finding women to participate in the project was not very simple. “Implementation was hard in the beginning as I couldn’t ask random women to pose for this project. Only a few friends agreed to pose. Shooting in Delhi was also a huge challenge, as I feel it is more rigid than Kolkata. I faced heat from public while shooting in Delhi and I was told I was making a fool of myself,” he says, adding, “It was later when I posted the pictures on social media that strangers also started approaching me to be a part of this project.”

The project has grown substantially over a period of four weeks and is being crowdfunded now. “I hope to take it across India,” he concludes.