A dance of emotions

Yamini Reddy wanted to study medicine but opted against it after realising that it will leave her less time for dance. 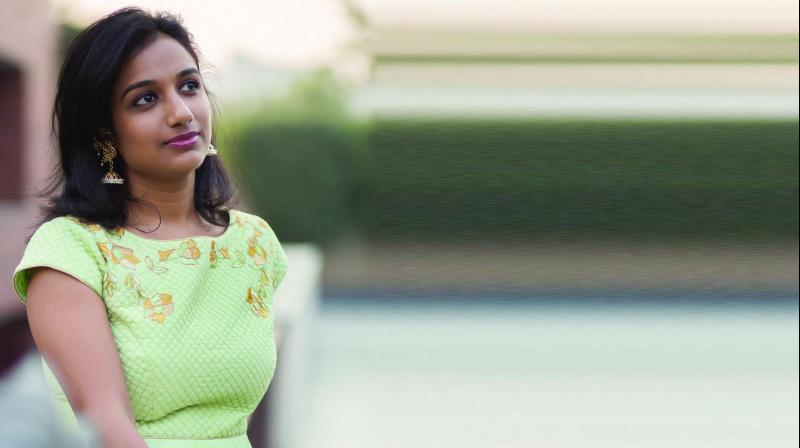 Dancer Yamini Reddy’s new recital is a celebration of storytelling through Kuchipudi. The visual journey will narrate stories ranging from the creation of man to tales filled with emotions like devotion, love and anguish

Her performances have been received with acclaim and admiration. Daughter of renowned dancing couple, Raja and Radha Reddy, Yamini Reddy presents the rich heritage of Indian mythology through her dance. Recipient of the Bismillah Khan Yuva Puraskar and the Devadasi national award, Yamini will be presenting her latest recital titled ‘A evening with storytelling’ before the Delhi audience.

She will present the traditional Kuchipudi in a combination of theatre (natya mela) and temple dance (nattuvamela), making it an unique form of dance which encompasses a rich tradition of storytelling. “Since Kuchipudi stems from Yakshaganas or dance dramas, storytelling comes naturally to it. It is a complete form of storytelling replete with characters, narrators, episodes and dialogues, which gives it the ability to instantly absorb the audiences into its presentation. In my presentation I will be using the artform to tell stories right from the creation of man to tales filled with emotions like devotion, love and anguish,” shares Yamini.

The fast paced vibrancy of Kuchipudi comes out in its nritta or pure dance, nrittya concentrates on the angika abhinaya, states Yamini and adds, “When a play is presented with nrittya it is a nrittya nataka and Kuchipudi actually belongs to this genre. Kuchipudi’s most unique feature is the natya element which concentrates on vachika and sattvika abhinaya. So Kuchipudi dance is a good balance of nritta, nrittya and natya encompassing through these the four aspects of abhinaya — angika (through body parts), aharya (costume), vachika ( speech), sattvika (emotional reactions).”

Her parents are the flag-bearers of the art form and hence, expectations from her too are sky high. Talking about how difficult it has been to step out from her parents’ shadow, she says, “My parents are legends in the field of Kuchipudi dance. This automatically brings with it a lot of pressure. But I accept who I am and who they are. At the end of the day Kuchipudi dance is an inheritance they have given me. I take things as they come and try to do the best at the given time. Over the years, I have seen that I am being recognised for my own style.”

She wanted to study medicine but opted against it after realising that it will leave her less time for dance. “Dance is a pillar in my life. Everything else revolves around it. It provides me a sense of gravity and satisfaction. It anchors me. I believe it has brought me sensibility, sensitivity and creativity,” shares Yamini.

Though brought up in Delhi, Hyderabad is where home is presently for Yamini. She has been running her dance institute in Hyderabad for 10 years now. Yamini finds being a teacher very gratifying and is very excited that her school is completing 10 years. “I am working on a concert to celebrate ten years of NatyaTarangini. Also, I am working on a production with my father. Hopefully, by the end of this year, both projects will fall into place,” she concludes.