Penka was sentenced to death because she lacked the correct paperwork for entering the European Union. 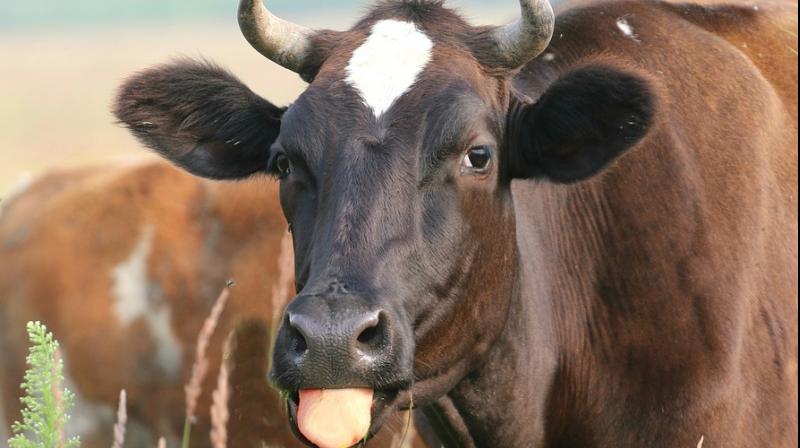 According to EU Commission guidelines, ‘a certification must accompany animals en route to the EU, when they are presented for entry into the EU at an approved EU Border Inspection Post’. (Representational Image/ Pixabay)

No one had heard of Penka the cow until a few days back.

Belonging to a Bulgarian farmer called Ivan Haralampiev, she made the grave error of going missing.

While cows are known to do such sort of things, Penka made the mortal error of stepping outside the European Union (of which Bulgaria has been a member since 2007).

The cow then tried to re-enter EU, and all hell broke lose.

Penka was sentenced to death because she lacked the correct paperwork for entering the European Union.

In what has become one of the most quirky and yet intriguing national debate, Penka is now the talk not just of her village of Kopilovtsi, her name is also on the lips of the most important people in her country’s capital, Sofia.

In fact, the cow is even being discussed in Brussels, headquarters of the European Empire, and Berlin, where she has made the front page of Germany’s most popular newspaper.

In all probability, Penka’s farmer must have left the gates of the farm ajar and the cow decided to escape. Before long, Penka had crossed the border into the neighbouring state of Serbia, which is not (yet) in the EU.

Ivan, on learing of the disappearance, went searcing, along with his sons. They notified the border authorities, the police and mayors in nearby villages. After two weeks, word came from Bosilegrad, a village a few miles away, just inside Serbia.

Ivan soon made his way to the Serbia town, got Penka into her trailer after a Serbian vet had given her a formal health check and confirmed that she was in a fit condition to return home.

However, trouble started brewing when he tried to cross the border back home.

An EU border guard refused her entry on the grounds that she did not have the required papers.

According to EU Commission guidelines, ‘a certification must accompany animals en route to the EU, when they are presented for entry into the EU at an approved EU Border Inspection Post’.

As a result of Penka’s failure to fill in the right forms, she was herewith sentenced to death.

Penka will give birth in three weeks.