Keeping It Queer is a new LGBTQ podcast to hit the city’s airwaves. 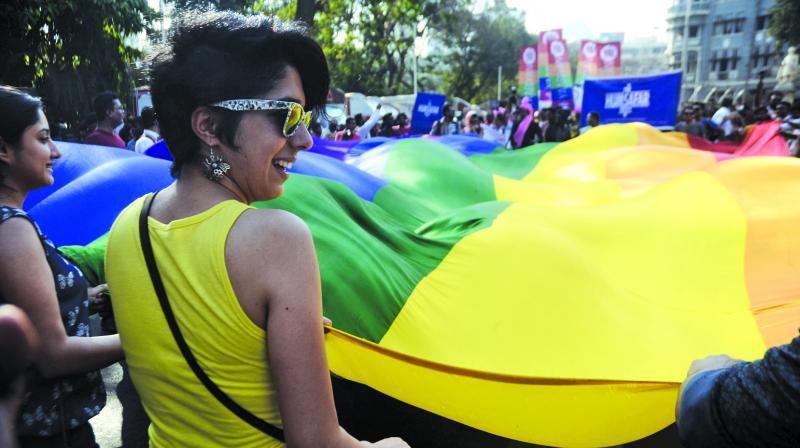 Navin Noronha is aware that queer talks don’t find a way in our society’s mainstream narrative very easily. To dodge the hurdles that may come with the turf, the young artiste, who himself identifies as a gay person, first started sharing his stories on stage as a stand-up comedian.

His many trials as a member of the LGBTQ community often provided enough and more fodder for his gigs, while he was on stage. However, Navin wanted to take things around the chatter a notch higher and provide a platform to those who may have their own stories to share too. And thereby came about the idea of starting Keeping it Queer, a podcast that caters solely to the queer community.

The podcast, which was kick-started about a month ago, boasts of thousands of people tuning in today. For Navin, that’s a big thumbs up. “Even if my audience is niche, they are aware of what’s going on. If you assume that the urban Indian isn’t aware of the issues faced by the LGBTQ community, you’re wrong,” he says, firmly. 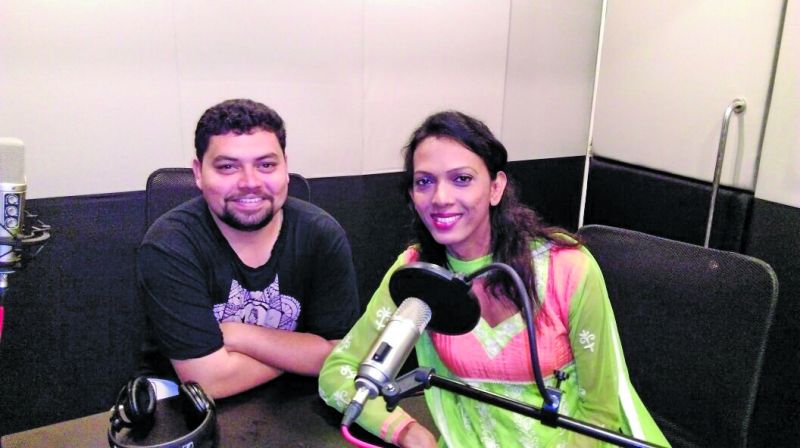 It hasn’t been all smooth sailing for Navin. In fact, the ‘issues’ started right from the word go, he reveals. Given its stringent rules in the country, iTunes India, the platform Navin chose to publish the podcast on, wasn’t ready to let the content go as is — uncensored.

Understandably, Navin chose to find another way out, since censoring content on the channel would defeat the purpose. The organisers eventually decided to publish the podcast instead on iTunes Worldwide.

“The episodes are dedicated to stories about its listeners coming out of the closet, about homophobia, facing rejection and societal pressure. But iTunes India has a problem with the language. And to evade the entire censorship drama, we decided to skip them altogether,” he recalls.

YouTube, Navin says, is another platform where one can catch the series uncensored, thanks to its content policies.

While LGBTQ activist, Harish Iyer, with whom Navin recorded the first episode of Keeping it Queer, accepts the limitations that the podcast brings along with it, he thinks it is better than any other medium to tell stories pertaining to the community.

“It doesn’t really matter if the issues are brought to public notice on a blog that has 10 readers, a website, or even a popular radio show. What’s important is that we have a conversation about it,” he explains passionately. For Harish, the medium lends itself perfectly to getting the stories out in the open, even while keeping identities of the speakers anonymous. “A podcast format works very well here, because it allows people to maintain their anonymity — one doesn’t need to worry about putting themselves out there. They just get their thoughts and ideas right, and voice it correctly,” he asserts.

It’s often assumed that anything that doesn’t fit the conventional heterosexual narrative, tends to make Indians uncomfortable. When asked about what exactly it is that makes the society uncomfortable, Harish corrects us.

He explains that our society is far more progressive that we give it credit for. “Contradicting popular opinion, the Indian mentality is quite progressive,” he insists. “Understand that homosexuality isn’t really illegal in the country. What is illegal is unnatural sex — something that holds true for both heterosexual and homosexual couples,” he explains busting the general paranoia.

Both Navin and Harish assert that they’re not in this for the numbers, and they aren’t too concerned about the slow rate at which people that are joining in the  LGBTQ movement. “This year, at the Pride Parade, there were only 7,000 people who joined in — but that’s good enough. As long as the conversation continues, it is fine. It’s all that matters,” Harish signs off with a smile.