Weird is the new cool

Many designers believe fashion is really extreme fantasy, so this leeway should be allowed. 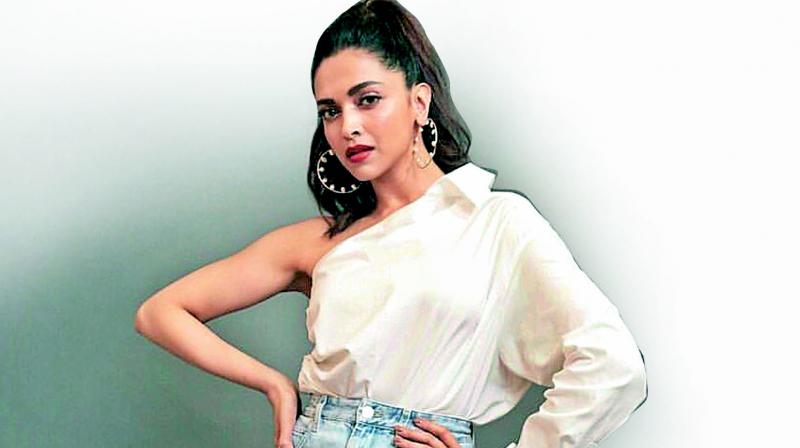 Deepika Padukone in a button down white shirt with a cold shoulder look (Photo: Pics from Instagram)

When funnyman and American actor Jeff Goldblum recently wore a ‘crazy’ fire Prada shirt, the Internet broke! Everyone thought the shirts had found a soulmate since both were equally weird and at the same time, intellectual and adventurous.

Take the case of Gucci’s Alessandro Michele. The Italian guru was criticised for his straitjackets released at the recent Milan Fashion Week that reminded people of those suffering from mental health issues. It snowballed into such a big issue that model Ayesha Tan Jones wrote on Instagram, “As an artist and model who has experienced my own struggles with mental health, as well as family members and loved ones who have been affected by depression, anxiety, bipolar and schizophrenia, it is hurtful and insensitive for a major fashion house such as Gucci to use this imagery — of straitjackets and outfits alluding to mental patients, while being rolled out on a conveyor belt as if a piece of factory meat — as a concept for a fleeting fashion moment. Presenting these struggles as props for selling clothes in today’s capitalist climate is vulgar, unimaginative and offensive to the millions of people around the world affected by these issues.”

Many designers believe fashion is really extreme fantasy, so this leeway should be allowed. “Yes, fashion does get crazy at times, but again it’s a medium of self-expression, and we are all artists at the end of the day. I don’t see why fashion cannot be celebrated as an art form — exaggerated, maximal or minimalist,” says Mumbai-based designer Diksha Khanna.

And if anyone really knows how to push the boundaries, it is Russian style maverick Demna Gvasalia, the designer for Balenciaga, who made the ‘ugly’ shoe Crocs most coveted. The platform avatar sold out even before it was released, with “addicts” ready to pay a cool $850 for a pair! The shoes were made of rubber and the upper was adorned with pin embellishments — rainbows, stars, flowers, peace signs and animals.

Bollywood celebs not far behind.

Deepika Padukone recently wore an upside down take on a rather androgynous button down white shirt with a cold shoulder look, which many thought looked odd.

“At times, celebs do it to get attention — it’s a structured strategy. Whatever one chooses to wear, even though it is ‘out of the ordinary’ it has to reflect one’s persona. To exude confidence is most attractive and if it comes from wearing something different or out-of-the-box, why not? Frankly, Deepika Padukone is so gorgeous she can make even a rag look like luxury,” adds Khanna.

However, Sonia Jaitley believes that celebs go overboard sometimes because they are being pushed by the stylist or a brand they are endorsing to stand out and become visible. “They do it to sensationalise as reverse publicity is also publicity at the end of the day. So they have to give in to the demand of a particular look for the sake of being out there,” she says.

Fashion is a popular aesthetic expression in a certain time and context, and has always been defined as a sense of lifestyle encompassing all areas — be it clothes, accessories, footwear, hairstyles or body proportions. Now, if you look at the return of the “daddy shoes” which is a large, chunky, extremely uncomfortable looking shoe that is gender fluid with both men and women flaunting it, it is what Sonia calls a ‘fad’ to look uber cool.

“We are part of an era of hash tags, so shouting #dadshoes becomes popular and gets noticed; even girls with dresses sport daddy shoes to stand out. The more you wear trending daddy shoes, and add a hash tag #daddyshoes, the more you will appear in searches on Instagram and Pinterest, thus the craze,” she deduces, adding that SEO (search engine optimisation) and SMO (social media optimization) are the order of the day.