Nehru Vs Modi jacket: What’s in the name?

As a political move stirs up a fashion debate on social media, we find out what the fuss is all about. 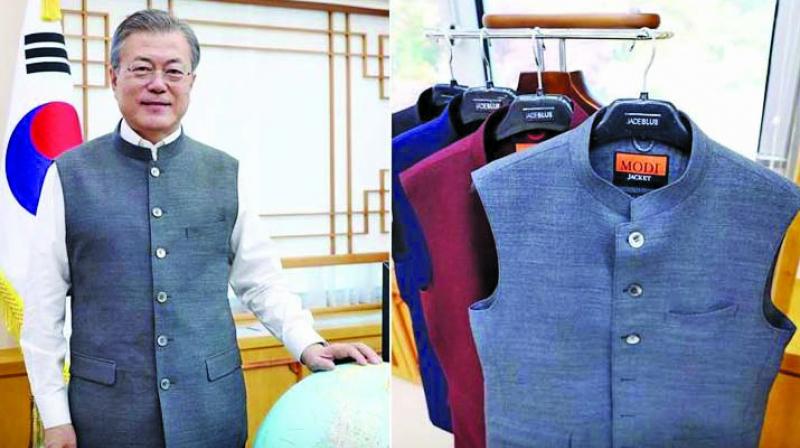 When South Korean president Moon Jae-in took to Twitter to thank Prime Minister Narendra Modi for sending him “Modi vests”, little did he know that his grateful tweet would cause a political storm in India. “During my visit to India, I had told the Prime Minister @narenderamodi that he looked great in those vests, and he duly sent them over, all meticulously tailored to my size. I would like to thank him for this kind gesture,” tweeted President Moon Jae-in, and added, “Prime Minister @narendramodi of India sent me some gorgeous garments. These are modernized versions of traditional Indian costume, known as the ‘Modi Vest, that can also be worn easily in Korea. They fit perfectly. (sic)”

It is assumed that fashion wars are limited to red carpet dos, but the keyboard warriors did not waste any time in blowing up this issue in the political corridors. So was it Nehru or Modi — who wore it better? Politician Omar Abdullah openly shared his displeasure and wrote on Twitter, “It’s really nice of our PM to send these but could he not have sent them without changing the name? All my life I’ve known these jackets as Nehru jackets & now I find these ones have been labelled “Modi Jacket”. Clearly, nothing existed in India before 2014. (sic)”

So what’s the fuss with the name? Designer Nachiket Barve answers it by saying, “Generally when there is something named after a personality, in this case, a jacket, it becomes a trademark style which is why the naming happens. For instance, there is a Kelly bag named after Grace Kelly or the Birkin bag named after Jane Birkin, or the Sophia bag named after Sofia Coppola. All these bags have come into place because a certain personality has been associated with it.” Fashion designer Raghavendra Rathore seconds Nachiket and adds that associating a name with a particular style is convenient. He says, “It is encouraging to hear that the promotion of Indian clothing is also seen as a priority among the fabric of political dialogues and diplomatic visits. The question here is not so much to focus on where the credit goes, but to recognize that as a society, it becomes convenient to make synonymous certain trends, items of clothing, phrases, or even mannerisms with particular people or personalities — a case in point, the creation of memes that have overtaken social media.” 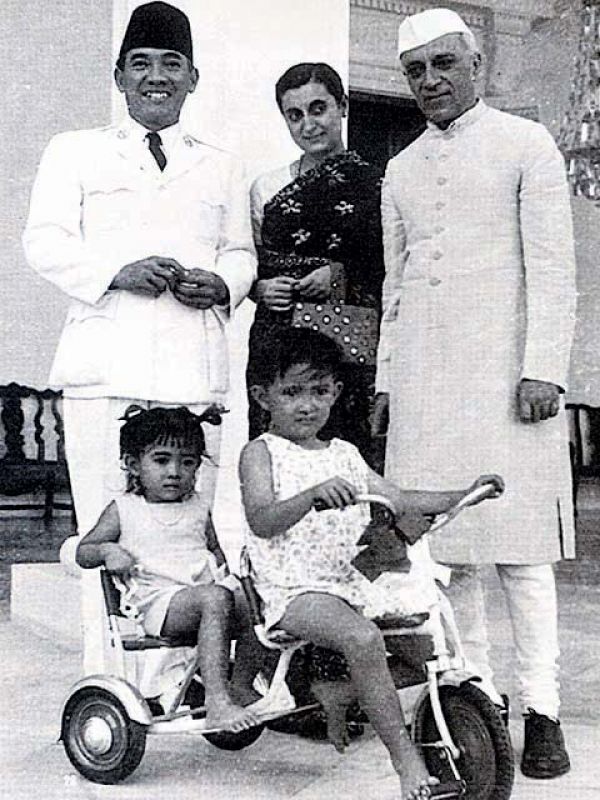 Originally known as Bandhgala coat, the design of this jacket existed in the country since the pre-independence era. Evolving over time, the jacket started off as a shirt, which was worn over a longer kurta, back in the 10th century. This iconic jacket, which sports a mandarin collar, was originally manufactured using khadi but in recent times it’s made from linen, cotton, tussar silk, as well as velvet.  Ironically, the first Prime Minister of India rarely wore the jacket and was mostly seen in an achkan — a long sleeve knee-length jacket, which resembles a Sherwani. But on rare occasions when he did put on a bandhgala coat over a long kurta, he made a style statement that showcased Indian fashion to the world. “Nehruji was often seen in full-sleeved, hip length bandhgala jackets that looked like sherwanis, and the sleeveless bandhgala jackets were called the ‘Nehru vest’ because he started a trend and several ministers followed it. This popular style of the jacket makes an elegant and powerful style statement, and will be remembered by his name,” says designer Gautam Gupta.

Considering our fashion-forward politician, it is important to note if there has been any design alteration or is it just a plain case of plagiarism. Raghavendra comments on this saying, “Traditionally known as the Jodhpuri waistcoat, design wise the garment is the same, but seems to have won the popular vote from all, first being rechristened by the Congress and now by the BJP.” While the world is getting more sensitive about cultural appropriation, designer Gaurav Jagtiani feels that one should not ignore the past. He says, “Most people still call it a Nehru jacket so an attempt to rebrand it looks embarrassing. We must respect our heritage and past, and not try to forcefully change something.”

A private note reading “Gift received, thank you” would have saved the two political leaders from this mayhem, but Twitter loves a good controversy and especially when it involves two big leaders and influencers. Fashion designer Namrata G explains the marketing gimmick behind the names and says, “Firstly, there is no term in fashion such as Modi Bundu or Nehru jacket! These terms are used to define garments that the retailers want to make popular. So whilst the Nehru jacket and Modi Bundu have been worn years before their popularity, they gained momentum because of the personalities that have worn them. I do not advocate the names, as the popular personalities do not own the IP for the design or the creations. So also popular garments like Mumtaz saree, Sadhana cut, Rajesh Khanna safari, Marilyn Monroe Red dress, Jackie Onassis look etc. People make a big deal, as they don’t understand fashion in fashion terms but by the people who wear them! It’s a retail-marketing gimmick. Like you see any new film the designs get popularised by the heroines that wear them and not the designers that create them. But this is only marketing and not fashion in the true sense.”

Time changes everything and fashion falls within its umbrella, it’s Nehru vs Modi now but it could get a completely different identity 50 years down the line. Raghavendra concludes saying, “Symbols evolve as society evolves — today’s new totems and symbols are Twitter handles and Insta pages — who knows what the future holds, these will further get adapted by future generations as society and time changes.”