More and more students are paying someone else to write their assignments. 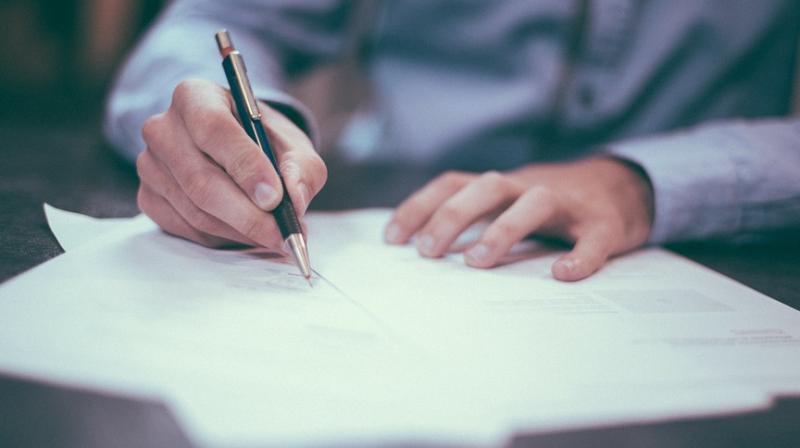 Washington: Cheating in exams and submissions always seems like an easier option. This has become much more convenient with technological development where students now can even hire people to write their papers for them.

According to a latest study, the use of contract cheating, where students pay someone else to write their assignments is rising rapidly around the world.

The researchers analysed 71 survey samples from 65 studies dating back as far as 1978, covering 54,514 participants. This new study systematically reviewed findings from prior 'self-report' research papers, questionnaire-based studies wherein students were asked if they had ever paid someone else to undertake work for them.

Because the products of essay-mills, a business that enables customers to buy an original piece of writing on a particular topic, hence commit academic fraud, are designed to be difficult to detect, it is hard to develop objective measures of contract cheating.

This new study therefore systematically reviewed findings from prior 'self-report' research papers; questionnaire-based studies wherein students were asked if they had ever paid someone else to undertake work for them.

The findings of the research show that as many as one in seven recent graduates may have paid someone to undertake their assignment for them, potentially representing 31 million students across the globe.

Across the sample, contract cheating was self-reported by a historic average of 3.5 per cent of students, but this was shown to be increasing significantly over time.

In studies from 2014 to the present, the percentage of students admitting to paying someone else to undertake their work was 15.7 per cent. Cheating, in general, also appeared to be on the rise according to the studies reviewed.

Professor Newton, one of the researchers, suggested that the data he found is likely to underestimate levels of contract cheating, for the simple reason that students who engage in contract cheating are less likely to volunteer to participate in surveys about cheating.

Essay-mills are currently legal in the UK, although they are banned in the USA and New Zealand, while other countries are actively developing legislation.

Professor Newton, director of learning and teaching at Swansea University Medical School said, "These findings underscore the need for legislation to tackle essay-mills, alongside improvements in the way students are assessed and awareness-raising of the fundamentals of academic integrity. We need to utilise assessment methods that promote learning and at the same time reduce the likelihood that contract cheating can happen."

Earlier research from Professor Newton showed that academic integrity is not a topic that is routinely covered in teacher training programmes for staff and that students have a poor understanding of the consequences of engaging in contract cheating.

The full findings are present in the journal- Frontiers in Education.