This podcast is not about an individual achievement, but it is about simple things in which we get caught and stop enjoying life. 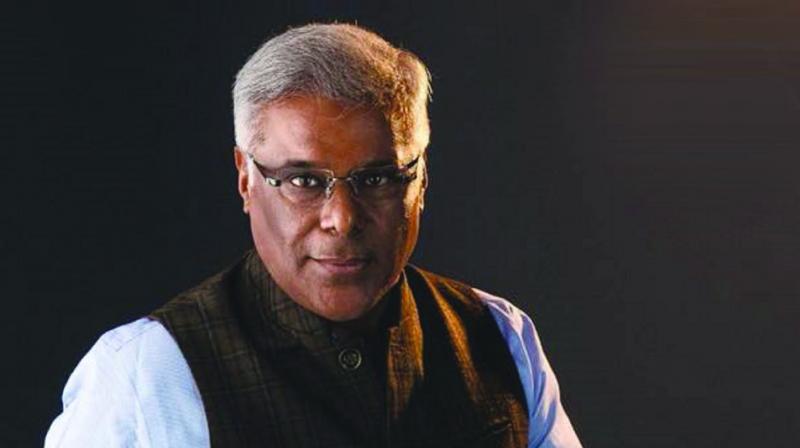 Award-winning and multi-lingual actor Ashish Vidyarthi may have essayed the role of a villain when it came to the silver screen, but in reality, it is the other way round as Vidhyarthi is a person that possesses positivity.

While he was already a man of immense acting prowess, reflection and the will to explore ore drove him to unveil many aspects of his personality including that of a motivational speaker. A successful actor across many genres, Ashish has enacted in over 200 films with hundreds of character with many shades of grey across the spectrum. “My part of the journey began with being a theatre person in Delhi and then in 1992 I moved to Mumbai and started doing commercial, mainstream and art films. After 1999, I moved down to the south and started working in other languages,” Ashish shares.

The actor, who started his acting career with 1994’s DrohKaal, recently made his podcast debut with the show Begin The Journey. “6 years back I started exploring myself as a communicator in which I was discovering covering how we can make a difference in people’s lives,” Ashish adds.

Ashish was excited about his new show, speaking about his debut podcast show, he shares, “This podcast is not about individual achievements, but it is about simple things such as how we get caught up in various things and we don’t end up enjoying life. Over this period in my life, I have discovered of all the complex things that we seem to be attracted towards and due to that we lost our simplicity and that is the zone I bring in my podcast.”

Ashish believes that simplicity in life allows people to express themselves completely and it also allows one to respect others.  It helps one to feel grateful for the life he/she is leading and respect people around oneself. “7 years back I was shooting for a film called Bollywood Diary and I remember while shooting for a scene I nearly drowned, and that was the moment when my entire life flashed in front of me and that’s when I made up my mind of doing something more with my life, but I will not say that was the first time that thought came to me but definitely for me, it was a huge moment,” he recalls.

Today, Ashish believes that he is not only known as an actor but as a person who makes difference in people’s life. On replying why he chooses podcast as a medium for his new show, he replies, “I just wanted to reach out to people in more different ways, I love to do things that I haven’t done yet.”

On asking how his journey has transformed him as a person, he replies, “ I see myself addressing to the issues I deal with myself, so I don’t see myself leading a regretful life. I have started appreciating more. Something is definite that I don’t try to bring logic to my life. I’m grateful that I’m alive and it is an amazing experience.”