Harmful challenges are going viral on the Internet with many youngsters compelled to try them. 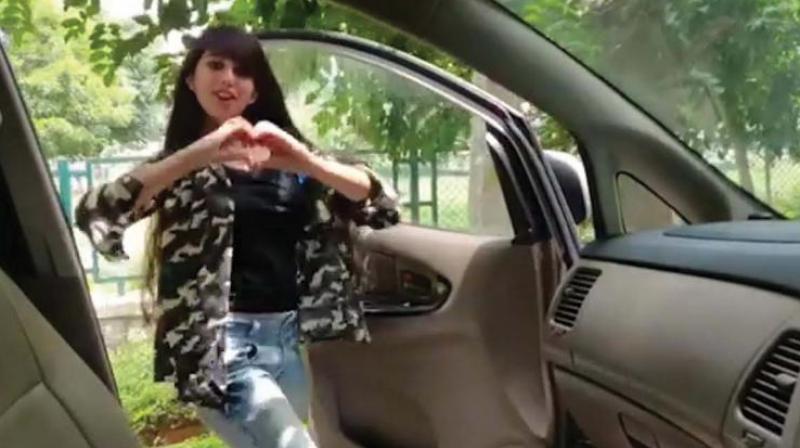 A file photograph of Niveditha Gowda who attempted the Kiki Challenge earlier. (Used for representational purposes only)

Netflix’s horror flick Bird Box has been the talk of the town ever since it released. Not just because of its macabre storyline, but also because it has become the inspiration of one of social media’s newest challenges — The Bird Box Challenge. People have been filming themselves blindfolded while going about their day-to-day activities. And when you’re blindfolded, things eventually go wrong. This, like many other dangerous challenges that have gone viral, makes one question this need of youngsters to sign up, even at the cost of endangering themselves. Be it Kiki, Cinnamon, Blue Whale or Fire Challenges, the list goes on and on, and safety being a major concern.

Pondering on why such challenges are taken up, we explore how they do more harm than good and why they become viral. And how it’s time to take a step back instead of following others needlessly just to enhance one’s entity on social media.

The rage of these social media challenges might compel people even though reports of fatalities are all over. The Blue Whale Challenge that became popular had India at the top of the list of countries searching about the challenge. In 2014, 16-year-old Fernando Valencia doused himself in nail polish remover and flicked a lighter, giving himself second and third-degree burns. There was the case of a 16-year-old, Dejah Reed, who was hospitalised for a collapsed lung after trying the Cinnamon Challenge.

Kise Odyuo who attempted the Kiki Challenge explains, “When the challenge first came out, my Instagram feed was filled with videos of people doing this challenge. One day after work, we decided to do the challenge. I was inspired by these videos. But having said that, I think this challenge becomes dangerous when people try to take it a step further. This can be because they want to increase the number of likes and followers.”

There have been reports of the Blue Whale Challenge and many youngsters who died in their penchant to follow it. Rachel Cloney, a mother of a young adult is concerned, “Kids tend to feel that if they don’t do such challenges, they will be considered outsiders. These days children want to be recognised by each other. I think this is mainly because of peer pressure. I know of many children who want to try out a new challenge the moment it becomes viral. They do it to feel among the ‘in’ crowd and be recognised.

Psychologist Anika C avers that this sense of wanting to belong drives many youngsters to take up such challenges. “There is a high prevalence of attention-seeking behaviour and a need to belong among teenagers. Such challenges pose as a channel for youngsters to explore their identity. The reason could be due to peer pressure or recognition but the consequences of such challenges are very dangerous.It’s important to explore what is healthy or unhealthy, and the consequences of such actions.”

If the danger factor is what prompts many youngsters, the rage of social media too aid such behaviour. Sociologist Dr Sudeshna Mukerjee advises, “Human beings are social by origin. Due to the industrial urban social order, migration, and in the absence of kith and kin, we forget small things that make one happy. Instant gratifications has become so important today. Rather than having real people around, we are finding friends in virtual world. This exemplifies the profound alienation of a capitalist society, a statement that has  been professed by none other than Karl Marx.”