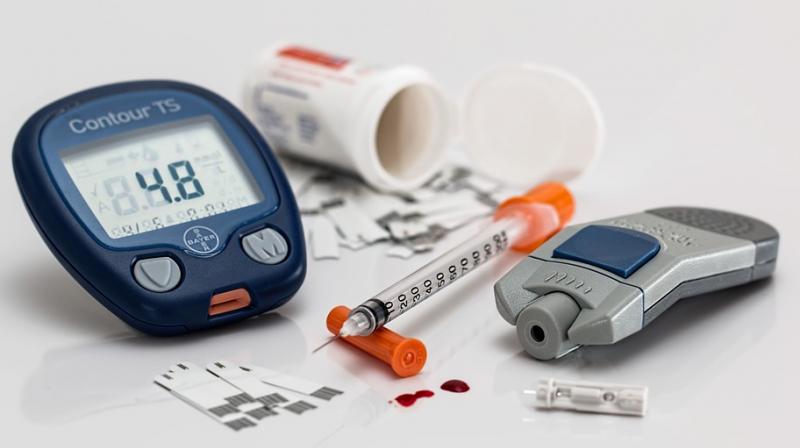 New Delhi: Diabetes Mellitus is a chronic metabolic disorder caused due to either insulin deficiency or decreased sensitivity to action of insulin.

"However, GDM is now thought to be a forerunner of type-2 diabetes and almost 25 percent of GDMs eventually turn out to be diabetic. Pregnancy induces progressive changes in maternal carbohydrate metabolism. As pregnancy progresses, because of certain placental hormones, there is a compensatory increase in insulin secretion," Dr. Anil Bhoraskar, Senior Diabetologist, S.L. Raheja Hospital.

When this compensation is inadequate, gestational diabetes develops. Ideally, all women should be screened for diabetes during 24-28 weeks of gestation. However, it is best to screen once during all trimesters.

Woman at risk of GDM are:

1. Positive family history of Diabetes- parents, siblings, immediate aunts and uncles, grandparents
2. Previous history of being an overweight baby (over 4kgs above the average)
3. Previous history of repeated pregnancy loss or still birth
4. Obesity
5. Being over 30 years of age, while attempting to get pregnant
6. Frequent Candida infections
7. Polyhydramnios- Accumulation of amniotic fluid that surrounds the baby in the uterus

Nutrient intake plays a significant role in the health-related outcomes of all pregnant women. It is noted that calorie restrictions will help glucose control, but too severe a restriction is undesirable.

* Overfeeding- too much of rich food, laden with harmful fats must be avoided
* Omega 3 Fats and Vit supplements can help overcome pregnancy-related Depression
* Remember the growing fetus is an obligate parasite; whatever the nutritional contents of the mother's diet, it will suck every single nutritional element required for its growth and development, depleting the mother of vital substances
* Milk, green leafy vegetables, fruits, nuts, iron-containing foods and at least 2 tsp. of homemade ghee should be consumed regularly
* Avoid chivada, bhajiyas,sev, vadasgathiyas and sweets
* Reasonable physical activities such as careful walking or yogic exercises can be taken under supervision if permitted by the obstetrician