Three genes tell how people are obese yet healthy

Higher levels of fat in the blood supply increase the risk of Type 2 diabetes and can lead to fatty deposits around the heart and liver. 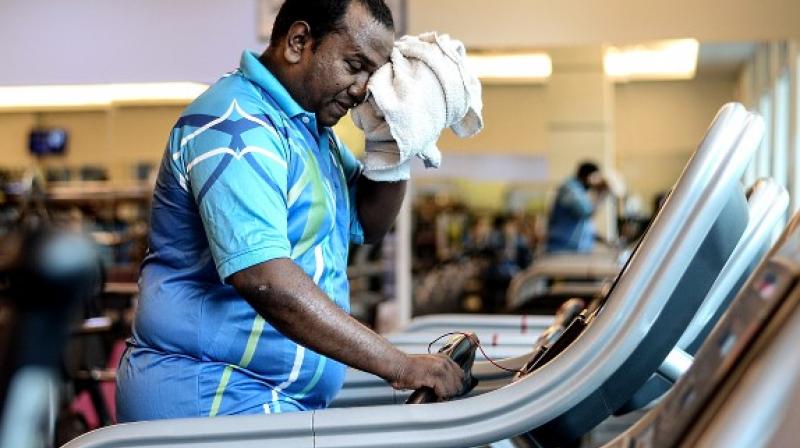 A small proportion of people in the healthy BMI range are fat inside (Photo: AFP)

Copenhagen: Scientists have offered a genetic explanation for why some people are obese and healthy while others develop diabetes and heart disease as a result of their excessive weight.

Three genes were identified, which influence whether fat is stored around the outside of the body or whether it passes into the circulatory system.

Higher levels of fat in the blood supply increase the risk of Type 2 diabetes and can lead to fatty deposits around the heart and liver.

Professor Haja Kadarmideen, a geneticist who led the work at the University of Copenhagen, said: "People who have the ability to store large amounts of fat are able to be fat, but not unhealthy."

Previous studies have found that while being overweight or obese is a risk factor for diabetes, liver disease and heart disease, about 15-20 percent of those who are obese appear to suffer no health consequences. "We wanted to ask what is it that allows some people to be overweight and remain healthy," Kadarmideen told The Guardian.

The findings suggest that an individual's genetic makeup influences the weight threshold at which health problems begin to emerge - and for some people this will fall outside a "healthy" body mass index (BMI), as defined by public health guidelines.

A small proportion of people in the healthy BMI range are fat inside and develop metabolic problems normally associated with obesity.

The study involved 60 morbidly obese men and women, half of whom had metabolic disease and half of whom were healthy. The participants were all undergoing elective bariatric surgery.