Only 6 percent of TV patients got transferred to a long-term care facility, compared with 22 percent of actual patients. 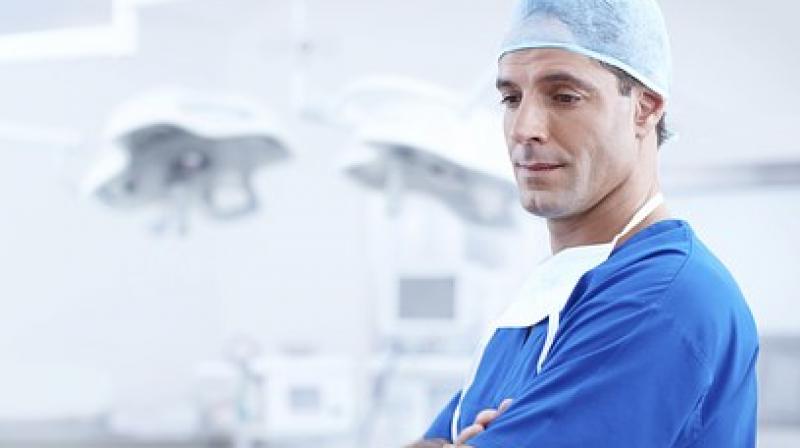 As per the study, the death rate was three times higher on TV, 22% of trauma patients died on TV compared with 7% in real life. (Photo: Pixabay)

Fans of the television show “Grey’s Anatomy” may be getting the wrong idea about what happens in trauma cases - and that could create unrealistic expectations in the real world, a US study suggests.

“The cases depicted on TV dramas tend to have very binary outcomes - an injured patient gets an urgent heroic operation and either doesn’t make it, and the doctors, nurses, and family members then grieve, or alternatively the patient survives to be sitting up in bed the next day fully recovered, hugging their family members,” said study co-author Dr. Jordan Weinberg, trauma medical director at St. Joseph’s Hospital and Medical Center Phoenix in Arizona.

“In an era where patient satisfaction is a major component of the quality initiatives of healthcare institutions and a pay-for-performance measure in many physician compensation plans, it is important to develop awareness of the drivers of patient satisfaction,” Weinberg’s team writes in the journal Trauma Surgery & Acute Care Open.

To see how much TV scenarios differ from reality, Weinberg and colleagues compared what happened to 290 fictional trauma patients on “Grey’s Anatomy” with outcomes for real life injuries sustained by 4,812 patients in a national registry of trauma cases.

They found the death rate was three times higher on TV: 22 percent of trauma patients died on the show compared with 7 percent in real life.

Survivors did better on TV, too.

Half of the seriously injured patients on TV spent less than a week in the hospital, while only 20 percent of real patients had such brief stays.

Only 6 percent of TV patients got transferred to a long-term care facility, compared with 22 percent of actual patients.

Surgery also happened faster on TV: 71 percent of patients on the show got rushed straight to the operating room from the emergency department, compared with only 25 percent of real life patients.

The study wasn’t a controlled experiment designed to prove whether or how viewing trauma cases on TV might impact how patients and families feel about real life trauma care. Researchers also focused on a single television medical drama, and it’s possible depictions of trauma cases might differ on other shows.

Even so, the results suggest that clinicians should consider the possibility that TV might color expectations, said Elena Strauman, a researcher in health communication at the College of Charleston in South Carolina.

“Since television requires dramatic tension, a patient or family might underestimate the chance of survival, and be pleasantly surprised at a positive result,” Strauman, who wasn’t involved in the study, said by email. “They may also be surprised to find that there is not a quick fix to the problem and that they or their loved ones have a much longer and more arduous recovery ahead.”

Clinicians may have to work harder to manage expectations for fans of TV medical dramas than they might for patients whose ideas about trauma cases aren’t shaped by these shows, Weinberg said.

“For patients that suddenly find themselves hospitalized after injury, having no opportunity to have been educated on what to expect, their expectation regarding their recovery may be largely based by what they have seen on shows like Grey's,” Weinberg added. “It is important for healthcare providers to be thinking about this in order to help patients and their families to adjust their expectations accordingly.”