Virus risk on planes slimmer than you think

Here is what anew study has found. 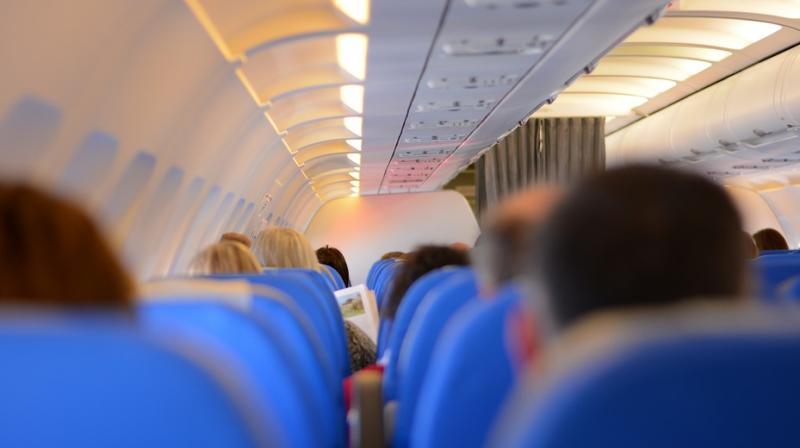 London: Germ-fearing flyers can now breathe a sigh of relief as according a recent study, the risk of picking up respiratory infections on flights is lower than you think.

Scientists, using a computer model to crunch information on how people moved around aircraft on flights lasting three-and-a-half to five hours, found that passengers sitting one row in front, or one row behind, a person with flu had an 80% risk of catching the bug, the Guardian reported.

The same level of risk applied to those sitting one or two seats either side of the infectious traveller, but for all other passengers, the risk was less than 3%. An infected cabin crew member infected 4.6 passengers per flight, the model found.

"What we showed is that outside this perimeter there is very little probability of becoming infected on an airplane," said researcher Vicki Hertzberg of the Emory University. "You don't have to worry about the coughing coming from the person five rows behind you."

The research team boarded 10 domestic US flights and took notes on how passengers and crew moved around the aircraft. The flights left Atlanta for San Diego, Los Angeles, San Francisco, Seattle or Portland, and all of the planes had two rows of three seats separated by a central aisle.

In total, the movements of 1,540 passengers and 41 cabin crew were plugged into the computer model, which assumed that flu-ridden passengers infected others at the rate of 0.018 per minute of contact. The infection rate, according to a report in Proceedings of the National Academy of Sciences, was chosen to produce something close to a worst-case scenario.

Hertzberg said the computer only modelled the risk from viruses spread by droplets sprayed out in coughs and sneezes, and did not take into account the potential for viruses to float around in the cabin's air.

Researcher Steven Riley said that while the risk of picking up flu on any one flight was low, larger studies with enough passengers to reveal real infection rates were needed.