Study says too much French fries may kill 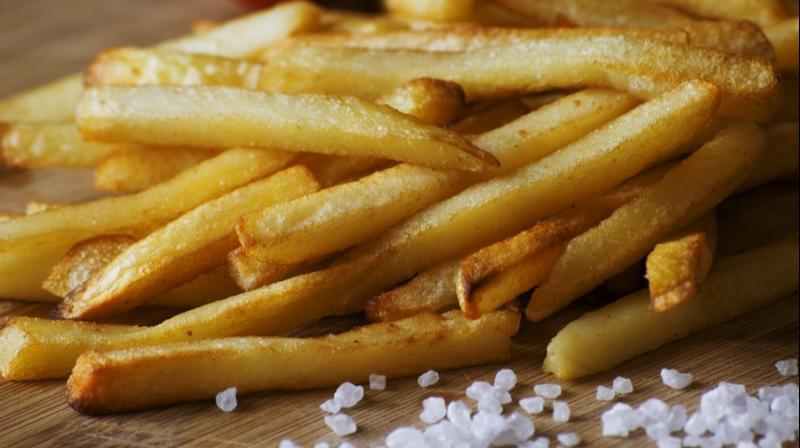 We all love to dig into those deep fried crispy bit of goodness called French Fries. But if a new study is to be believed, then a continued consumption of French fries can lead to an increased risk of death. The eight-year-long study has been published in the American Journal of Clinical Nutrition.

While those delicious fries are quite enjoyable round the clock, the findings of the new study make things a tad bit complicated. It seems that French Fries may put one’s life at risk. Food like French Fries, that are high in fat and refined carbohydrates are likely not only to be additive, but also pose a horde of other health risks.

Researchers studied the eating habits of a large number of people in North American who were between the age of 45 and 79 respectively. The study tracked how often they ate fried potatoes. It was noted that 236 people died by the end of the study.

The study concluded that people who had fried potatoes at home or at the restaurant or had hash brownies, twice a week or more had double the risk of death as compared to the people who did not eat fried potato at all. The increased mortality rate, interestingly was not associated with potatoes in general. Thus, participants who had boiled or grilled potatoes did not face any health risks.

Potatoes are packed with fiber, magnesium, potassium and antioxidants. They have no fat, sodium or cholesterol and so, they are not really unhealthy. But, it is the ways they are cooked and consumed make all the difference.

While the study talks about an association between consumption of fried potatoes and an increased risk of death, it does not suggest that they can, by themselves, cause death. There can be various other factors at play here including  high consumption of fried foods, the quality of cooking oil used or perhaps the effect of frying on the nutritional value of potatoes. More research, it seems, is required to validate these findings.