The patient was suffering from Arteriovenous Malformation, a deformed kind of blood vessel disease 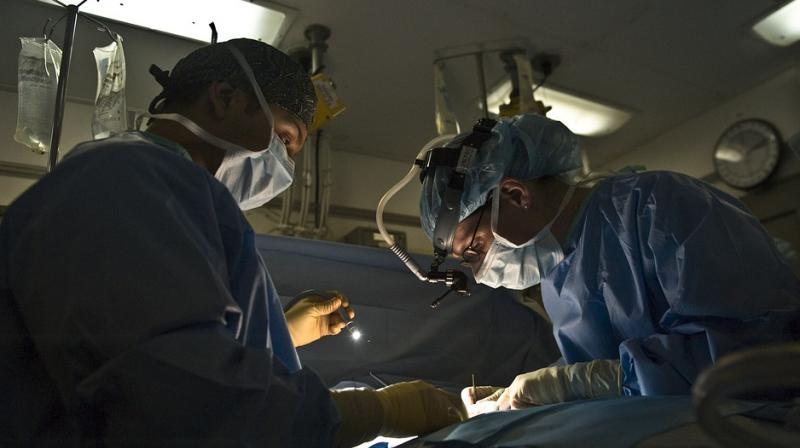 Emanuel came to India from Ghana to get the rare condition treated by the doctors in Bengaluru. (Photo: Pixabay)

Bengaluru: A rare kind of neuro surgery was conducted on a 33-year-old foreign national patient in one of reputed hospital, here.

The patient was admitted with complaint of persistent headache and diagnosed with multiple weak and bleeding blood vessels under his skull.The patient was suffering from Arteriovenous Malformation (AVM) -- tangle of abnormal and poorly formed blood vessels -- which led to hemorrhage.

Daunted by the complexity of his condition, Emanuel came to India from Ghana, Africa, to get the rare condition treated. During the operation, the doctors clipped the aneurysms and excised AVM to prevent further bleeding.

The condition was so complex that any bleeding during his travel to India or on the operation table, could have led to a stroke or death.An AVM is a tangle of abnormal blood vessels which connect arteries and veins. It disrupts this process of blood supply to the body carried out by arteries and veins. It is most often seen in brain or spine.

The cause for it remains unknown but it's usually formed later in life. When there is a rupture in AVM it leads to hemorrhage. This usually causes no symptoms and often goes unnoticed. Depending on the severity of the hemorrhage, brain damage or death may result.

This challenging surgery took eight hours time to complete and at every steps, doctors have to take several cautions. The challenge was to maintain the blood in the brain.The surgery was a success and doctors hope that within a few months, the patient will be completely normal like earlier days.

Dr. Deshpande V Rajakumar, Director, Neurosurgery, Fortis Hospital said, "In such patients, we anticipate they can have temporary deficits which can be recovered over time. I think this patient, in the next three-four months, or even earlier, will return to his normal self."After three weeks of surgery, the patient currently finds himself in a very comfortable state.