Tuberculosis has been an evolving challenge for the government, which hopes to eradicate the disease by 2025. 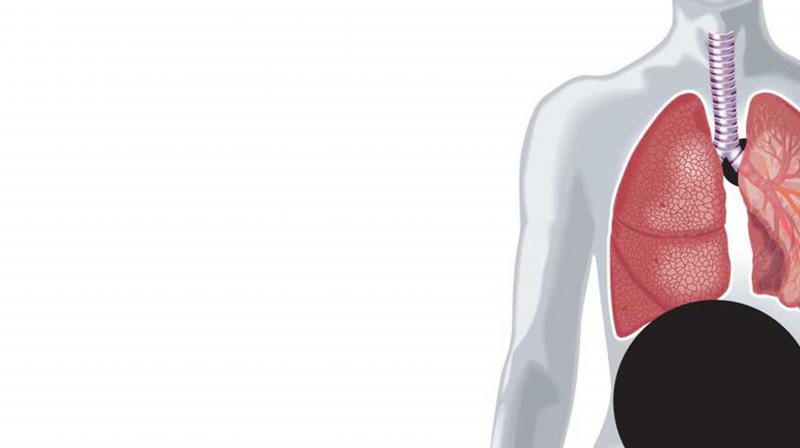 Tuberculosis infection is debilitating and requires long-term medications for at least 6 months.

With an estimated 28 lakh patients suffering from tuberculosis in India, tackling the disease is not an easy feat. The government plans to eradicate TB by 2025. But given the burden and challenges at the ground level, experts state that it will require active participation in terms of notifying the cases, following up and also ensuring that the treatment is completed. Multi-drug resistant tuberculosis is another burden that is rising, which adds to the growing problem of TB, explains Dr Sandeep Raj Barma, senior pulmonologist.

The government has declared that TB will be completely eliminated by 2025. Is the government realistic in this venture or will it be a Herculean task?
The national strategic plan for tuberculosis elimination is very ambitious given the statistics and burden of tuberculosis in India. This will require both public and private sector healthcare systems to work together. Firstly, they need to detect all drug sensitive and drug resistant cases, make treatment and medications available, financially supporting the cost of treatment, and develop awareness programmes both for the general public and healthcare professionals.

TB is a notifiable disease since 2012. But is the data from the private hospitals being generated properly? How can unknown cases of TB be understood?
Reporting and notifying TB patients is extremely important to collect accurate burden of tuberculosis disease and its associated deaths, including drug resistance. In India, it is estimated that only 59 per cent of the cases were reported in 2015. This might be because of unregulated private healthcare that caters to the people. In the present times, data is important to chart strategies, prevent the spread of the disease and provide effective treatment.

It is said that the latent TB bacteria is in all of us and it comes to the fore once the immune system collapses. So would majority of the people suffer from TB at some point of time in their lives?
People who are exposed to tuberculosis bacteria either eliminate or contain the infection using immune defences. Some TB bacteria remain viable and can reactivate later and develop into active TB infection.

The state where the bacteria is contained is called latent TB infection. These patients remain asymptomatic and non- infectious and majority of them do not develop any disease.

However, some people do develop active tuberculosis when host immunity declines especially in cases of the elderly, malnourished or those having HIV, diabetes mellitus, etc.

How can one protect oneself from TB?
Tuberculosis is spread when an active TB patient coughs or sneezes. To prevent the spread of disease, it is important that the person covers his/her mouth with a handkerchief while coughing or sneezing. Hands need to be washed regularly. Both patients and caregivers need to be counselled.

Why is it important to complete TB treatment?
It must be completed as otherwise, it may lead to relapse of TB infection or developing multi-drug resistant strains of tuberculosis bacteria, which are not only difficult to treat but also need long-term management.

Given the large number of cases in India, is isolation of the patients important?
Anti-tuberculosis treatment is given on outpatient basis and domiciliary basis. Isolation is not mandatory. But patient counselling as well as education is important regarding nutrition, cough etiquette, hand hygiene as well as completing the course of medications.

How can people play an active role in controlling the epidemic?
Tuberculosis has reached an alarming rate in India. It needs sustained efforts from both public and private healthcare systems. It is very important to increase awareness in the people, educate them and also the healthcare professionals about the disease. It is also important to make diagnostics and medications for TB affordable.

What is TB?
Tuberculosis is spread with droplet infection and any person can get infected. Whenever a person with active tuberculosis coughs or sneezes, aerosol droplets containing tubercle bacilli are discharged into the atmosphere. These remain suspended in the air and when inhaled, reaches the lungs, thereby starting the infection. The major reasons for TB are malnutrition, undernutrition, overcrowding, constant contact with an active TB patient, low-immune system as a result of suffering from diabetes mellitus, HIV, smoking, cancer, alcoholism, chronic kidney disease and old age.

Keep In Mind
Tuberculosis infection is debilitating and requires long-term medications for at least 6 months.

It gets even prolonged for 18 – 24 months, if it is multi-drug resistant tuberculosis.

Stopping medications in the middle of the course leads to relapse of the disease, which is very aggressive.