The obsession over Britain’s favourite royal, the Princess of Wales, is back, thanks to the fourth season of Netflix’s show The Crown 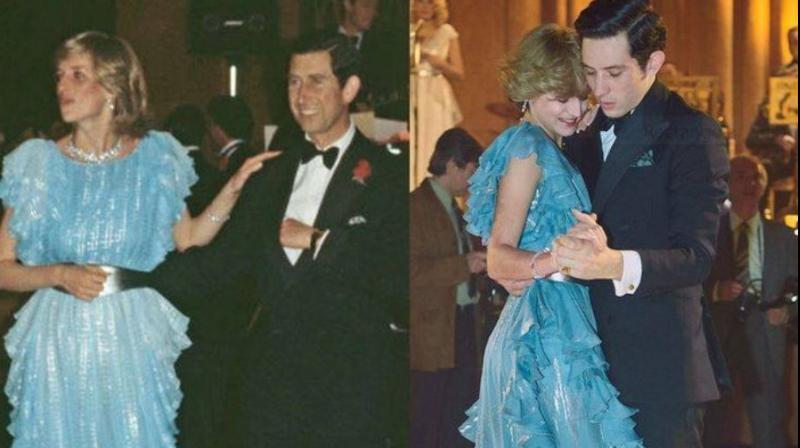 While Lady Diana’s lovable mannerism, humanitarian work and real connection with commoners became some of her most noted qualities, her stylish wardrobe made her one of the most glamorous royals of the ’80s and the ’90s.

Calling Lady Di an ‘icon’, designer Charu Parashar reasserts, “She was much ahead of her times and an inspiration to all who followed fashion religiously. Her style was eternal, and there wasn’t a look she couldn’t pull off. Despite all the adversities, she had grace, which strengthened her persona so much more.”

To designer Gautam Gupta, her style was classic and she was someone who never failed to impress with her impeccable wardrobe. “Another aspect of her style was that she looked very empowered and picked bright colours to express herself, it made her stand out and look confident at all times,” points out the designer who believes the days of ever-changing fads and fast-fashion are disappearing. He adds, “Millennial fashion lovers are indulging more in classic styles now.”

With her life back in the spotlight, Princess Diana brings back the sympathies one felt for her tragic position in life, navigating, as she did, her way through her troubled marriage.

In his observation designer Gaurav Jagtiani interestingly notes how her emotional and mental expressions were reflected in her sartorial choices. “During her work trips, she wore some fantastic clothes that defined power dressing, with a feminine touch. Her separates stood out on each occasion, and her blouses with power shoulders and comfy trousers are still notable. With each appearance, she sported elegant yet striking choices that engraved her into public consciousness,” says Gaurav. “Diana managed to hold our attention through these perfect, detailed outfits and still leaves us spellbound.”

Then adding how the makers of The Crown have left no stone unturned in recreating these milestones in contemporary pop culture, Gaurav says they’ve been creating intrigue and rekindling our interest in one of the most well-loved public figures of all time.

Anyone who has grown up admiring Princess Diana’s fashion sensibilities will swear by some of her most-talked-about pieces, such as the red wool crewneck sweater with black sheep or her plaid pants and biker shots paired with varsity jumpers.

Designer Nidhi Yasha, who shares her birthday with the royal icon, mentions that while growing up she felt a strong connection and the princess’ clothes inspired her to become a designer. “Her style stayed with me forever, and I noticed that she had a beautifully curated wardrobe with structural outfits combined with softer silhouettes. Her royal blue suit for her engagement with Prince Charles, a white shirt with a bow tie, taffeta gowns with flare and her wedding dress with its long train left a lasting impression on my adolescent mind,” says Nidhi. “The ’80s were a time of baggy fits, power shoulders and androgynous jackets, and while Princess Diana rocked those trends, she ensured she softened them, teaming them with her fluid pieces, and keeping them true to her soft, kind-hearted and gentle personality.”

Fashion consultant Bharat Gupta, also points out how the styling team of The Crown has done impeccable research in recreating the looks of the icon that Princess Diana was. “The show has introduced millennials to an iconic royal. From Princess Di’s dramatic wedding gown to her love for prints, pop-colours, gingham, exaggerated collars, knots and more — her wardrobe opens an opportunity for the young to take inspiration,” adds Bharat, who believes the freedom in expression through her sense of fashion almost goes hand in hand with her personal life and evolution.

According to him, though Princess Diana followed the royal protocol, she did it in style, with a strong influence of her personality. “This impressive balance not only made her fashionable but also gave her choice of outfits a powerful timeless appeal,” says Bharat.