Meghan is seen as someone who breaks a lot of royal rules, but here is the reality. 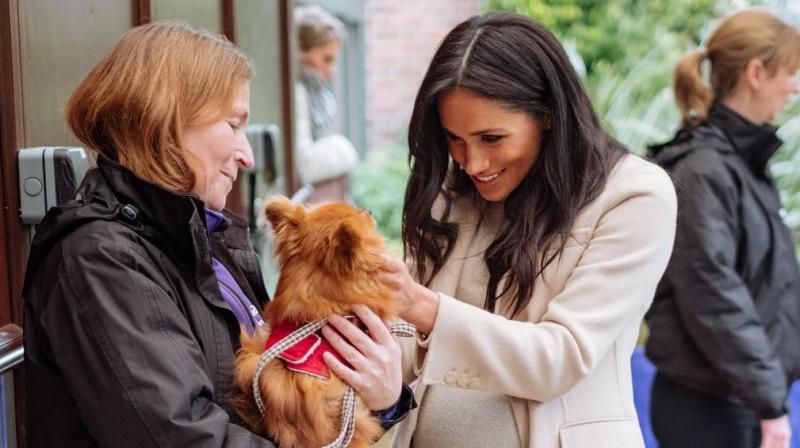 Ever since Meghan Markle got betrothed to Prince Harry, she has been branded as the ‘protocol-breaker’ and ‘rebel’ in the family. (Photo: Instagram)

Being a member of the British Royal Family is no mean job. It entails a lot of diplomatic and public responsibilities, not to mention having to live up to the highest standards of British values.

Several members of the family are ‘working royals’, which means they carry out duties and engagements on behalf of the monarch. They are patrons of several charities, often those which are close to their heart. The Duchess of Cambridge, for example, is passionate about mental health and thus is a patron of various charities that work towards better mental health for children and adults.

Other non-‘working royals’ have day jobs like the rest of us. Princess Eugenie worked in an art gallery as a director a few years ago. Peter Phillips, Princess Anne’s son, works for the Royal Bank of Scotland.  But whether you carry out public engagements or not, there are a few royal protocols that the Queen expects her household members to follow.

The women are expected to curtsey to the Queen when she enters a room and the men have to bow their heads. Senior royals especially are expected to not indulge in any public displays of affection including holding of hands. The Queen often even dictates rules for personal grooming. Hemlines should not go above the knee; modesty is of prime importance. The nail paints should be of neutral colours; flashy colours are a no-no. All women are expected to wear nude tights under knee-length dresses.

Ever since Meghan Markle got betrothed to Prince Harry, she has been branded as the ‘protocol-breaker’ and ‘rebel’ in the family. Her attempt at bringing her own personality into her royal persona has led people to think that she has no respect for the establishment. In reality, Meghan has largely toed the line when it comes to royal protocol, rarely ever stepping beyond it. She never fails to curtsey, wears royal-approved attire and has also carried on several duties on behalf of the Queen impeccably.

During her first public engagement post her wedding, at a garden party in Buckingham Palace, Meghan wore tights that were one shade too light for her. British brand Heist gifted Meghan a pair of their nude tights. As royals aren’t allowed to accept freebies, Meghan returned them but has been a fan of the brand ever since.

Tights can look tacky if they are too pale or patterned. Getting the right shade is essential, and the right finish too. Heist offers tights in several varieties like high and low waist and sheer and opaque finishes. The brand is also colour inclusive as it has tights for every skin colour.

Since being introduced to the brand, Meghan has always opted for sheer tights that round off her look effortlessly, while still keep in tune with the royal protocols.