Art tapped out in keys

Chandrakant Bhide has been giving his love for art expression through typewritten images of people, profiles and carricatures. 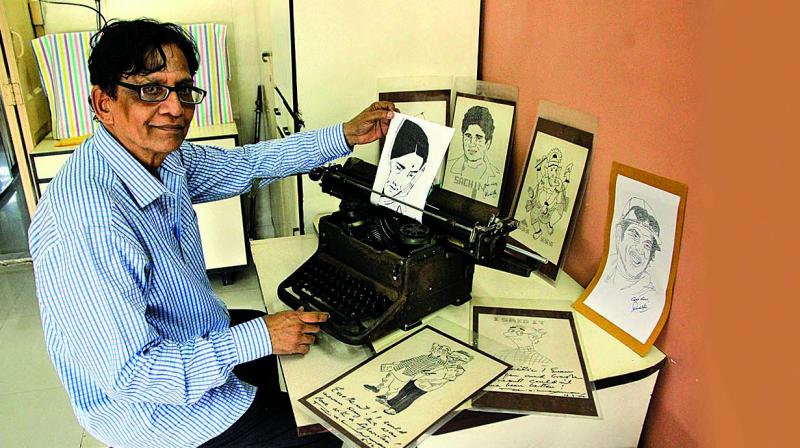 While he was working at the Union Bank, Bhide’s manager asked him to type up a list of intercom numbers. (Photo: Mrugesh Bandiwadekar)

Chandrakant Bhide always wanted to be an artist. After school, he dreamed of going to JJ School of Arts and becoming a commercial artist. So when his father told him to become a stenographer instead, he turned typing into an art form. Inspiration did not strike immediately and Bhide spent quite a few years perfecting the speed and accuracy of his typing, first at the Mantralaya, then at Mumbai University and later at the Union Bank of India, where he would continue to work till his retirement in 1996.

While he was working at the Union Bank, Bhide’s manager asked him to type up a list of intercom numbers. Instead of typing them up in the normal two-column format, the artist typed them up in the form of a telephone. “That’s when it clicked! I realised that I could turn typing into an art form. My first published piece for a newspaper was a Ganpati in 1975,” he recalls. 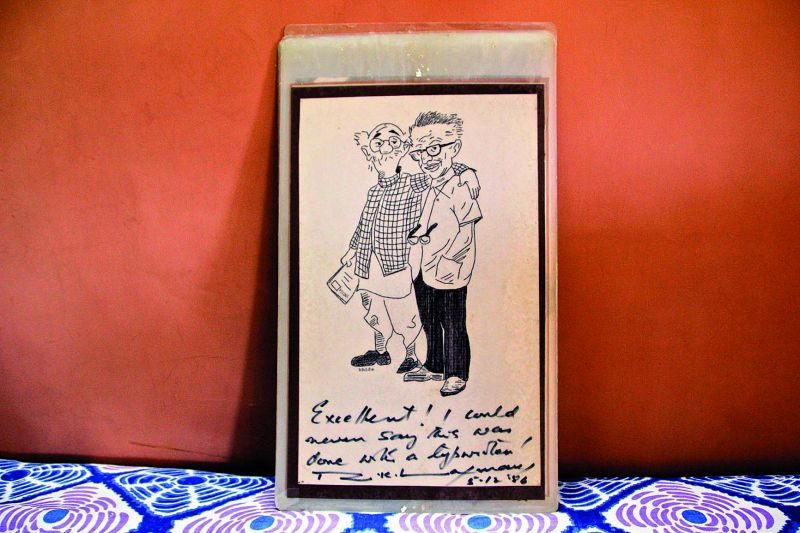 Since then, there has been no turning back for the artist, who has had 12 solo exhibitions and 25 awards to his name, and has also rubbed shoulders with the likes of legends like Mario Miranda and R.K. Laxman. Remembering his association with the former, he says, “I typed up some of the caricatures that Mario is known for, such as Godbole, Boss and Miss Fonseca, and I went to his house to show them to him. He answered the door himself and even knew who I was! I was shocked, when he identified me as the man who creates images with his typewriter. He took the typewritten images, and wrote such kind comments on them. It was he who encouraged me to have my first exhibition and even inaugurated it.” Bhide recalls fondly how Mario had also drawn a caricature of himself in the comment’s section of the review book. “It was a carricature of himself sitting at the typewriter an sweating it out. He wrote, ‘Only Bhide can do typewriting’,” he laughs. 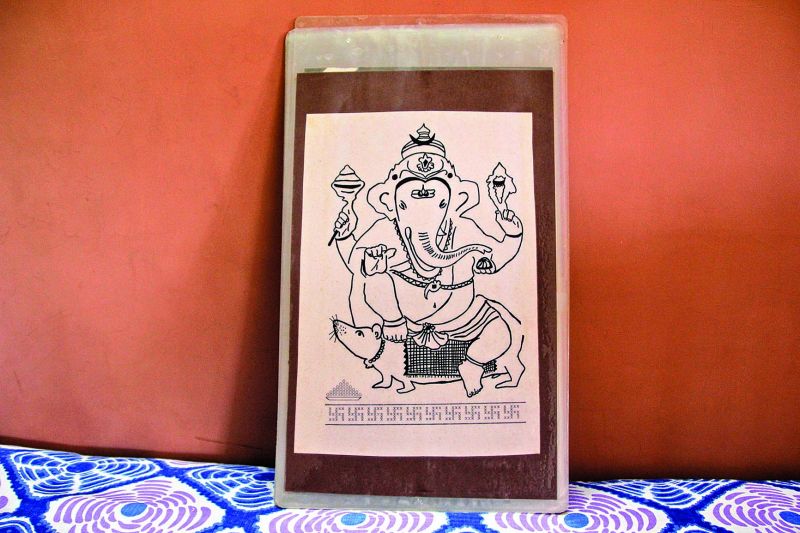 Bhide’s last meeting with the Common Man artist is one he recalls with tender emotion. “The last time that I saw him at an art exhibition, his health had deteriorated and he couldn’t recognise people. He didn’t recognise me at first, but when I showed him my card, he mimed typing and smiled. I spent some more time with him, before bidding him goodbye,” he says, simply.

Another equally intense connection that Bhide has is with his typewriter, which he has had for over 50 years. “When I was about to retire from my bank, I wanted to take the typewriter with me, but the administration members said that it was government property and I couldn’t. I was ready to buy it, since I had worked on it for over 30 years at that point, and created my art on it. I told the bank chairperson as much. On the day of my farewell, they gifted me the typewriter and, as a joke, made me pay `1 for it. It was the greatest gift of my life. That typewriter just turned 50 this June and I think of it as a family member,” he says. 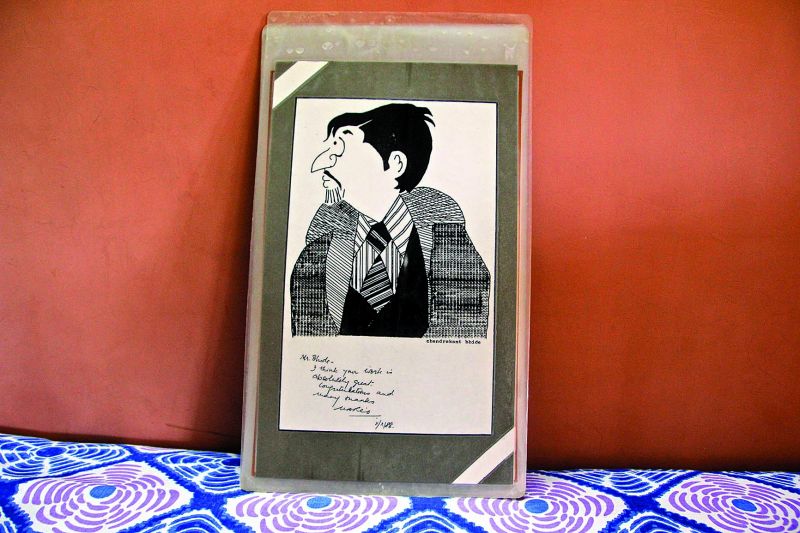 Though his past is replete with rich memories, Bhide is just as enthusiastic about the day-to-day creation of art, and still continues to show his artwork at exhibitions, including college fests like Mood Indigo and Antar Agni. “It is a day-to-day process and you need to keep at it. I have made around 150 designs, including portraits of Lata Mangeshkar and Sachin Tendulkar, which the legends themselves enjoyed tremendously when I showed it to them. I want to continue to create art each day as it comes,” he says.