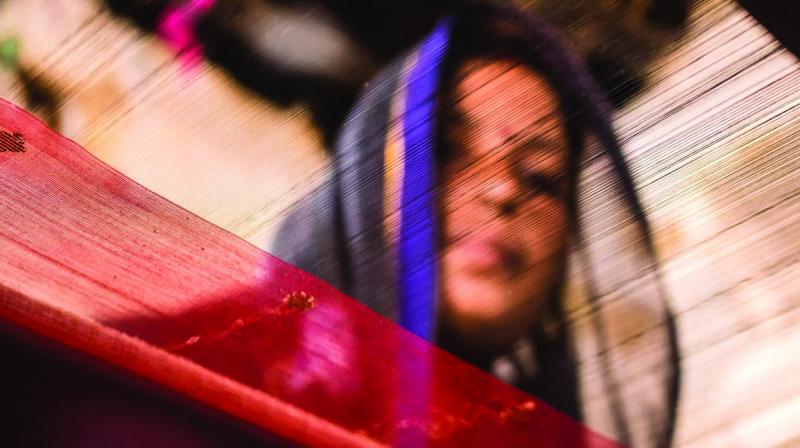 Bharat Tiwari has worked on the craft of making Chanderi silk.

Many living traditions of India are struggling to find a place in the new age. The India Photo Archive Foundation has taken a step towards documenting these traditions before it’s too late. The fifth year of this project, titled ‘Framing the living traditions’, mentored five young photographers.

Photographer Aditya Arya, who is the curator and mentor in this project, says, “This time we had taken seven people for the project but only five could deliver. Such is the nature of this project that many times people are not able to work on the idea they thought they could.”

Parthiv Shah from India Photo Archive Foundation says, “It takes up too much energy and time to think about a theme each year and mentor upcoming photographers for eight to nine months. But it is a project that has produced fantastic photographers and works in the past and we hope to continue doing so in the future.”

Silk routes via Chanderi
Bharat Tiwari has worked on the craft of making Chanderi silk. “I shot in Bundelkhand in Madhya Pradesh. This is one of the last few places where the saris are still woven with hand-looms. “I wonder how smart these artists would be because they are weaving all these intricate designs without the help of any technology. The weave works out in such a way that the weaver cannot see it, as it is hidden underneath. The weaver has to use a mirror and figure out if the design is turning out well. Unfortunately, this tradition is one of the last living handloom traditions in the country.” 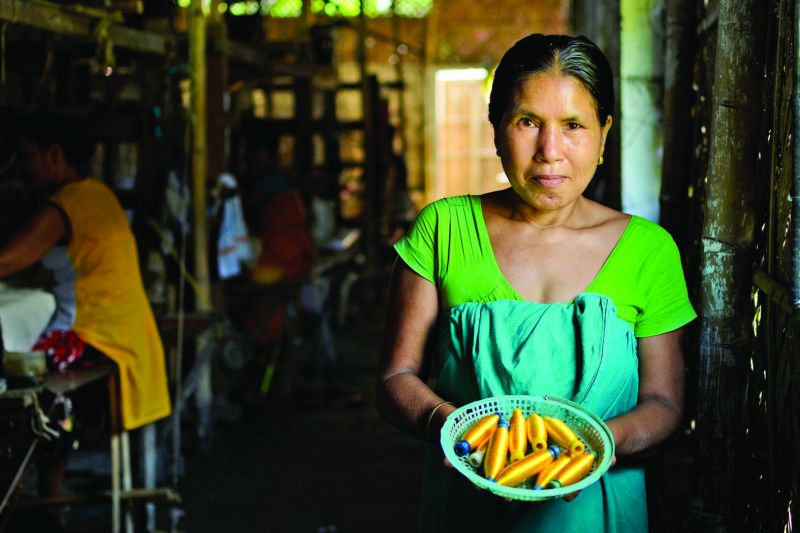 ‘Fading Whir of the Looms’
Mrigank Kulshrestha’s project focused on capturing the production of Assam silk, also known as Ahimsa silk. There is the golden ‘Muga’ silk, the ivory white ‘pat’ silk and the light beige ‘Eri’ or ‘Endi’ silk. “The tedious work of collecting silk worms and the
transformation into fabric is hardly seen by any of us. All we get to see is the beautiful fabric in the showrooms. The process of making this silk is so tedious that the younger generations no longer want to pursue this craft. They are day by day moving away from this and the art will eventually die out,” says Mrigank, adding, “Each time I go there, something new captures my attention and I know I have to take a picture.” 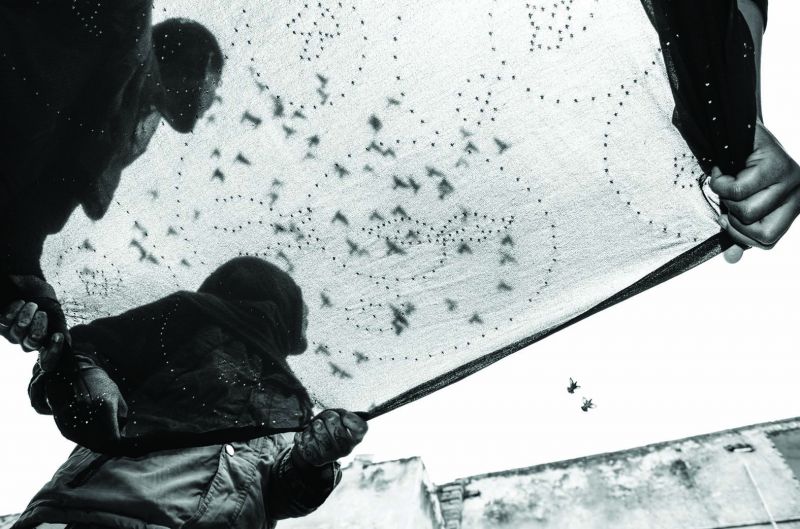 Swan Songs of the Badlas
Taha Ahmed’s work captures the fine art of ‘mukaish’. “I grew up in Lucknow and mukaish is a part of the city. It was initially meant for royal people and the Badlas were the craftspeople who made fine designs with gold and silver threads on fabric. Today, all the Badlas are above the age of 65. They do not teach their own children because there is no money left in this craft. All the money either goes to the middlemen or to the high-end designer houses who use their works. The Badlas live in poverty. The art might live on but these artists will no longer be there in few years. Such is the tragedy,” shares Taha. 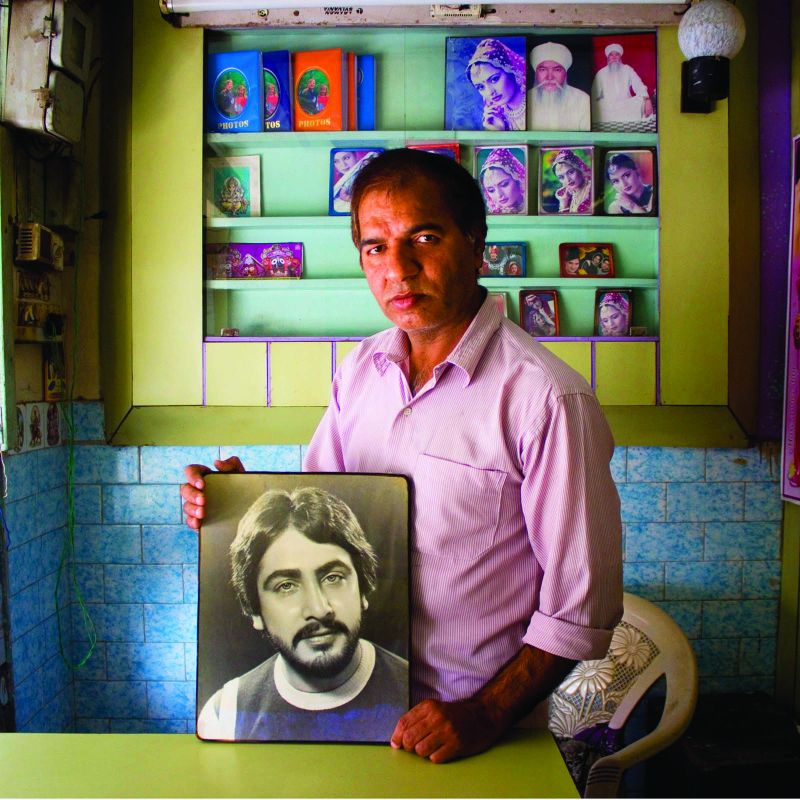 An Aura of Analogue Age
Vikas Gupta has documented ‘An Aura of Analogue Age’ capturing the vanishing photo studios across India. “When photography was new to the world, it was said that it doesn’t have a soul because the process is so technical, unlike painting pictures. But the process of developing a photograph and working in a studio is where its soul lay. I tried to capture that soul with this series. With mobile cameras, no one wants to go to studios anymore. Film is not dead but this tradition of studios will soon be lost,” shares Vikas, who has documented several photographers who used to work with this medium. 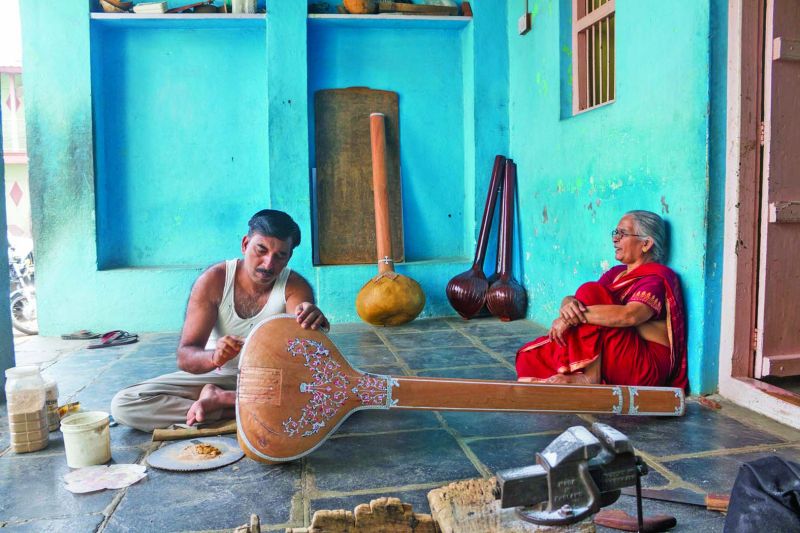 The Craft of Tanpura Making
Ankit Agrawal has worked in Miraj, Maharashtra to capture the making of tanpuras. “This is an art that can never be replaced by machines, unless maybe someone thinks of a 3D printer to do this job. Still nothing can match the art of choosing the right gourds and raw materials and tuning the instrument by hand to giving it the final touches,” explains Ankit. While the art is practiced in Tanjavur, Rampur and Banaras as well, Miraj has taken over as the main centre, for tanpura making, due to availability of good raw material and its proximity to music centers in west and south India.