Colours of peace in Rashtrapati Bhavan

The artist feels that without the taste of struggle to attain truth, one cannot attain peace. 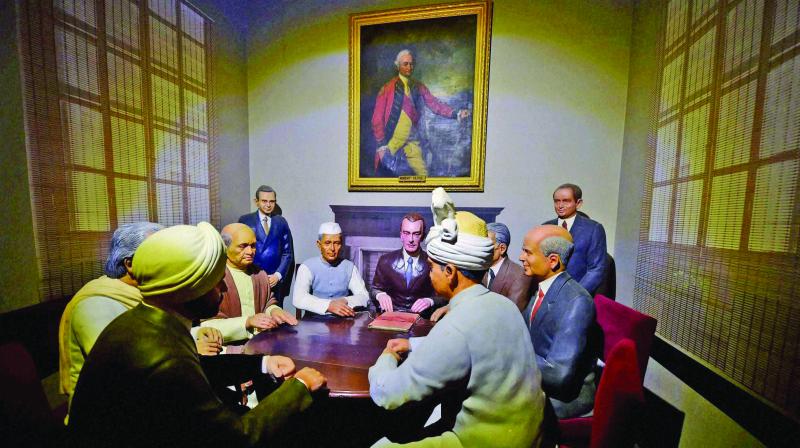 The most famous address in India is making room for culture.

With its majestic colonial architecture, sprawling greens and beautiful gardens, Rashtrapati Bhavan is a grand residential complex with a rich history. It is now also becoming a house for the arts with three of its iconic buildings renovated into a Rashtrapati Bhavan Museum Complex — the post office (Clock Tower) is now a reception area, garages of the President’s Estate (The Garage Museum) are the administration division, and the coach house (The Stable) has been converted into a state-of-the-art museum. On display are paintings, sculptures, videos, audios, visual representations, unique artefacts gifted by foreign delegates and personal belongings of presidents.

As part of an initiative to promote art and culture across borders, President Pranab Mukherjee has extended an invite to Bangladeshi painter Shahabuddin Ahmed for a four-day artist residency programme.  Shahabuddin, a 1971 Bangladeshi war commander, is the first international artist selected for the programme. He talks to us about the invite, the spirit of love, Indo-Bangladesh ties, universal brotherhood, peace and more.

During his stay in the President’s house, a selection of his works will also be on display for public viewing. Titled ‘Shanti’, this exhibition of 12 large-scale works will feature some of his popular artworks like portraits of Mahatma Gandhi and Rabindranath Tagore.

“It felt surreal,” shares Shahabuddin, about his reaction when he received the invitation extended by the Indian President, and adds, “I was also very nervous as it’s a great honour. It’s not everyday that one is invited by the President of one of the biggest democracies in the world. I am looking forward to meeting President Pranab Mukherjee in person and understanding his idea of secularism.” 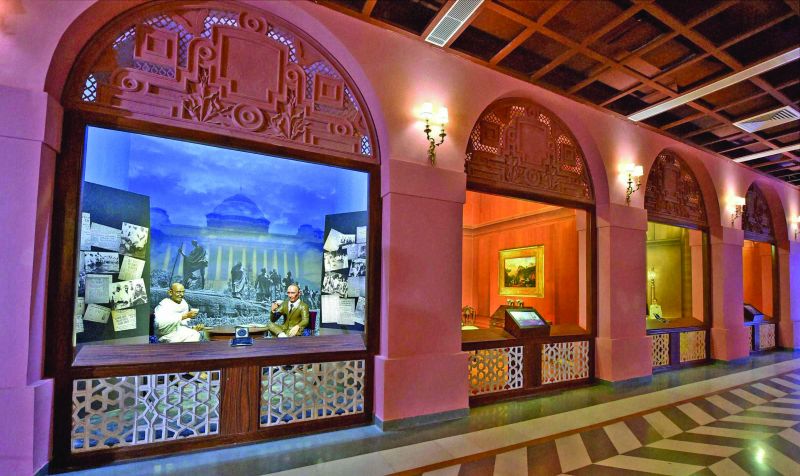 Before studying art, at 22, Shahabuddin served as a Platoon Commander in the Liberation War of Bangladesh in 1971 and hoisted the Bangladeshi flag in erstwhile East Pakistan radio station on December 16 when the Pakistan army was yet to surrender. He shares that freedom is definitely important for a creative artistic expression. “I fought a nine-month battle to free my motherland. This is the glorious part of my life. Freedom is becoming priceless as days go by. Creativity is the legacy of world civilisation. We should make the best use of this for the benefit of humanity,” says the 67-year-old artist represented by Ganges Art gallery.

The bitter-sweet reality of life — the struggles and attainment of freedom — are beautifully depicted with bold brush strokes in his canvases. The Paris-based artist who conveys the message of peace through his works admits that the current situation around the world is deeply saddening. “There is so much disturbance everywhere. If we follow the teachings of our leaders of non-violence, the world can become a better place to live.”

He continues, “The south Asian continent is becoming a super power and the world is looking towards us. We are young, robust and have the strength to lead a peaceful life unlike the Western world, which is thriving through sale of weapons. We have never used weapons for power. With the teachings of Mahatma Gandhi, India and Bangladesh have shown the world that we have won wars through non-violence.”

Talking about India-Bangladesh ties, he states that it is now in its best phase — “madhur”. He adds, “In the past we did have some unrest but now our relation is getting stronger. People believe in universal brotherhood, the issues are mostly created by political opportunists.”

A keen admirer of Bengali painter Zainul Abedin, it was after shifting to France that Shahabuddin first saw the works of European masters such as Rembrandt, Goya, Manet and Picasso. It was, however, Francis Bacon’s crucified and tormented figures that attracted him most. In the years to come, Shahbuddin too went on to paint several human figures. Fearless and full of hope, these strive to break the shackles. “The experience of war has guided my path, but I don’t paint war. What I want to depict is human suffering in defiant postures and borderline situations in which the individual has to reach his limits. Nor do I choose death as a subject, because deep down, the nature of my interest is rather optimistic,” avers Shahbuddin.

The artist feels that without the taste of struggle to attain truth, one cannot attain peace. He shares, “An artwork or artist needs provocation to move forward and to see the reaction. If an artist cannot take criticism, he cannot reach the desired destination. Painters like Salvador Dali and Picasso were provocative in nature, but they were honest and true to their work. Love for humanity is the prime pillar for an artist who serenades the songs of humanity and the harmony of life.”

Art and expression is a very subjective thing and should not be questioned, believes the artist. He says, “The freedom of an artist is a difficult thing in the world. It is protected (by law) only in France (after the French revolution). An artist should create his or her own freedom. The cranium that seeks freedom contains conscience of humanity, art, nature, history heritage and culture. It has a reflection of patriotic passion with social and political consciousness. You can portray anything in France, but not here. You have a society. You have to respect the desires of the collective social conscience.”

The artist, who believes that India and Bangladesh are brothers with common roots, loves Kolkata and its rich tradition. “If anyone asked me which city I would like to live in, my answer would always be Kolkata. I love the fact that the city celebrates art in every form. In its every nook and corner one can kind art, and that is mesmerising to me.”

About his plans for his Delhi visit, he says, “I am planning to visit all monuments and explore Old Delhi. I am looking forward to roaming around the bylanes of Old Delhi and relishing some of the street delicacies.”