Brushing away the roadblocks 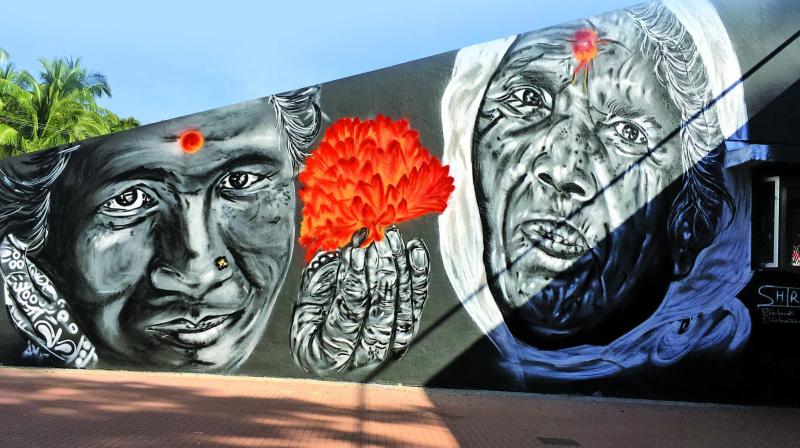 Gone are the days when the only place you could find art were on hung canvases in gallery spaces. Over the years, some ambitious art projects have changed the bleak and dark landscape of Mumbai, converting the sombre walls into some marvellous sights of stimulating murals. As the movement of street art is catching head-on in the country, it won’t be contentious to say that the participation of women artists is nowhere near the men’s. In an attempt to alter this, the Marol neighbourhood of the city will see six female artists transforming it into a gallery in an upcoming street art festival called Ladies First.

As India’s first women-only street art festival, Ladies First, organised by a graffiti agency Wicked Broz in association with Military Road Residents Welfare Association (MMRWA), was a result of an observation made out by a Chilean graffiti artist Ricardo D. Santander. Travelling around Rajasthan with the organisers Zain Siddiqui and Omkar Dhareshwar, the artist pointed out how the Indian streets were overcrowded but not by women. Responding to that, in the ways they knew the best, Ladies First is an attempt to bring more females on the streets by making street art more inclusive. “If people see more women painting on the street and their artworks, more female artists  and illustrators who are out there will get the confidence and desire to come out on the street,” says Zain, the co-founder of Wicked Broz. 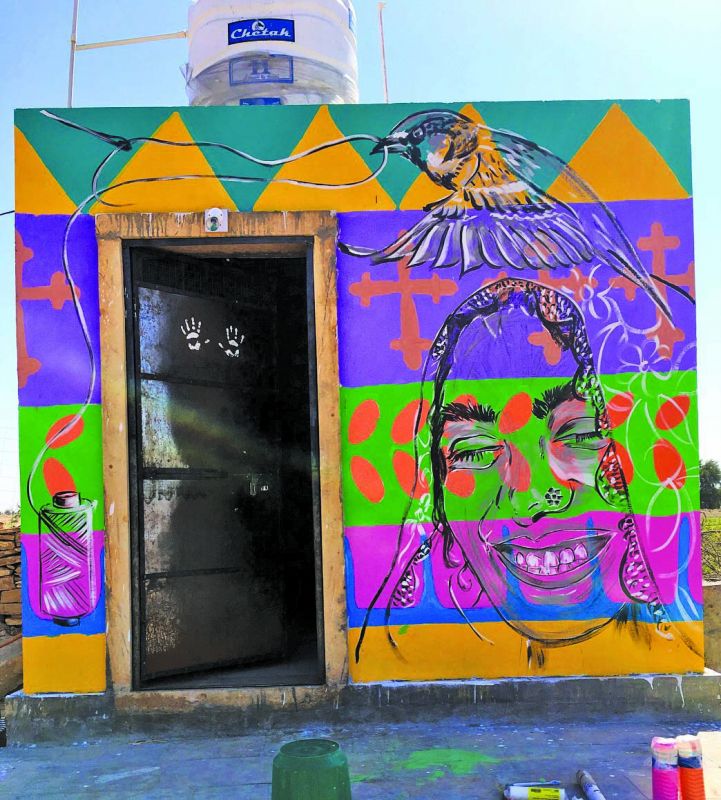 The week-long art festival, which starts on March 25, will see six known female street artists transforming six buildings in Marol area. Lena McCarthy, a Boston-based street artist whose style is organic, using the nature, symbology and symbols of femininity in her murals, highlights the lack of women representation in the street arts. “My experiences have been quite layered. There is always this unintentional sexism that everything is always about guys. I am always hanging with the ‘boys’ or the ‘bros’ and feeling like an outsider that you don’t have that space. Most of them try to be inclusive but the numbers are so less that you always feel the only woman at everything,” says Lena, who is one of the artists participating in the event.

Not only is the sex ratio a problem but also the widely present sexism, illustrates Shirin Shaikh. “Many times, people judge. I have been asked whether I am sure if I can climb the ladder which is high or after seeing my artwork, they would ask if I painted that alone. It’s very difficult for people to digest that a woman can paint and that too some big artworks all by herself. Then it’s difficult for them to digest that a girl can travel, come there and paint stuff like that. I did face it a lot,” she says. The artist, who has a wide repertoire including some hyperrealism works, adds that since the word ‘artist’ is gender-neutral and so should the attitude and opportunities be. 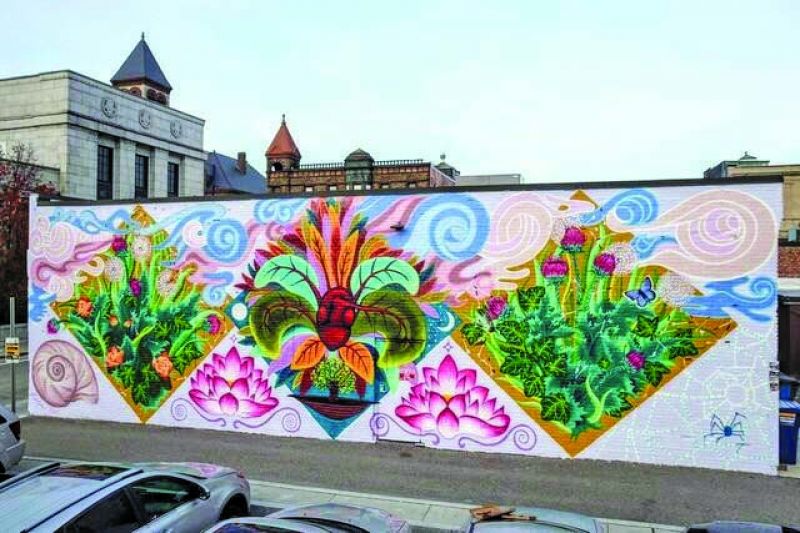 While the street art festival is trying to combat these issues, the idea is also to increase diversity in street art. From bohemian designs to Warli art, the participants are free to choose whatever they like to illustrate. “The festival is about encouraging the female participation, and so the artwork can be about anything they want. It shouldn’t be that since it’s a street art festival for women, the art should also be about women. I really want them to showcase what they think, the deliberated art is not the point here,” says Zain. In addition to the mural paintings, the festival includes workshops, film screenings, talks, art exhibitions, and even a special segment of the female hip-hop artists of the city to bring the rugged, authentic, street music on the stage.
—The Ladies First will be held at Bharat Van, from March 25 till 31