The many joys of conducting a dance workshop

It is a fertile ground watered by sinking into the ground of one discipline while tasting the various fruits of the cultural garden. 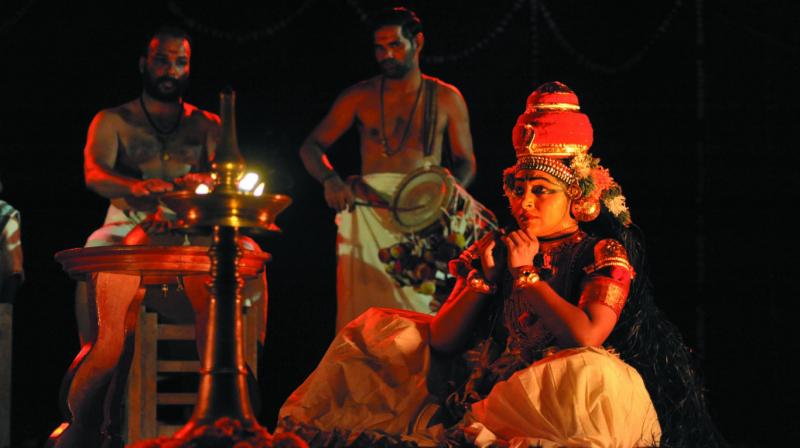 At the rehearsal venue for our SPICMACAY student intensive workshop presentations, I had a chance to chat briefly with Bharatanatyam guru, Kanaka Srinivasan, an artist I have been very fond of, and deeply respect since the early 1970’s. I reminded her of a conversation we had once had about dance workshops and her feeling then that they had no real value in teaching classical dance.

Fortunately, Kanaka had been convinced to participate in the annual SPICMACAY conference held in Delhi this year at IIT and now realised what a meaningful exposure this actually was. One can almost visibly see the mental light bulbs going off as students from around the country try on traditional art forms. Participants are immersed in one visual or performing art while having the opportunity to witness great performance.

It is a fertile ground watered by sinking into the ground of one discipline while tasting the various fruits of the cultural garden.

Those who already have some training in a dance, here have “permission” to learn from another guru of the same genre or inhabit the body and energy of another style. Musicians discover dance, dancers learn to sing and many learn visual arts from calligraphy to Madhubani painting.

As everyone in Delhi knows, Kiran Seth is the founder of this remarkable initiative to bring Indian classical dance, music and related arts to schools and colleges, which is now celebrating 40 years of his vision. With his alma mater institution, IIT-Delhi, the host for this year’s gathering, I appreciated his decision to include so many Delhi-based teachers and gurus in sharing their teaching with the participants.

The student presentations culminating the 5-day, 3-hour-a-day intensive workshops, were held in five different venues, which was efficient for completing all in a limited time frame, though it meant I couldn’t see a number of presentations I had looked forward to. The session in which my Odissi students performed was preceded by an abhinaya lecture-demonstration by the senior Kathak artist, Uma Sharma.

Presentation by Munna Lal Shukla’s students (clockwise from above) at SPICMACAY.

I noticed that some students had attended their own Delhi-based teachers’ class, which did ensure a polished performance but did not challenge them to leave their comfort zone to grow. They definitely enjoyed the experience and it was a well-spent five days, but perhaps SPIC MACAY participants might be encouraged or required to explore a new discipline or at least a different gharana within their own style.

Munna Lal Shukla’s students, all beginners, learned the basics of not only Kathak basic footwork (Tatkar), but also the graceful movements and elegance of the Lucknow gharana.

A spectacular conclusion to the session in which my group participated was Rajendra Gangani’s massive group of 30 students who dazzled us with their brilliant command of Jaipur gharana Kathak.

My students performed just before Rajendra Gangani’s splendid tour de force and I was happy to have a brave non-dancer, a Rajasthan violinist along with other participants trained in Kathak, Bharatnatyam, and modern dance opting for my workshop. As anyone who reads my columns knows, I believe strongly that the abhinaya in Indian classical dance a unique contribution to world dance that is supported by all the various movement techniques. Because of this, I chose to teach an ashtapadi from the Geeta Govinda so that the students could learn something about communicating the emotions of the text as well as interspersed jatis.

Lalita Lavangalata expresses the poignant longing in separation from the Divine beloved during the spring season of Vasanta.

The writer is a respected exponent. She can be contacted at sharonlowen.workshop@gmail.com.