A year after she lost her mother to cancer, Mansi started Onco Happy in 2017 to help cancer patients heal using expressive arts. 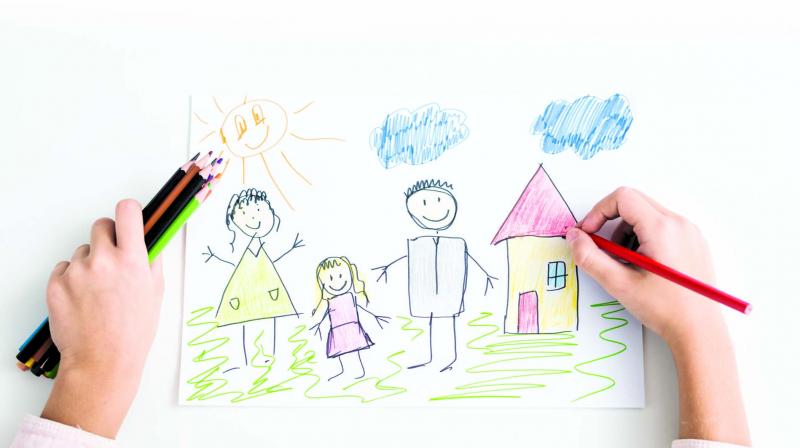 After Mansi Mehta’s mother was diagnosed with cancer, the family faced a lot of hardships while she was going through the treatment. Although the treatment for the disease is taken care of by the doctors, Mansi felt a holistic approach was missing. “In the last many years that she was there, we realised that there were a lot of gaps in the overall treatment of cancer and it needed a more holistic approach which was lacking in the existing scenario. While we say the doctor is treating the disease, who is healing the person?” asks Mansi.

A year after she lost her mother to cancer, Mansi started Onco Happy in 2017 to help cancer patients heal using expressive arts. And now, when a bunch of child cancer patients, at one of the leading cancer treatment hospitals in the city,  sit with papers and sketch pens, colouring their heart out, Mansi feels it helps them heal emotionally. Explaining how art helps such patients, Mansi says, “When cancer patients are walking the journey, there are a lot of bottled up feelings that they are not able to speak about and discuss with people, and cancer is not an encouraged subject in this country. Art, therefore, helps create an alternative source of expression for these patients and they are able to bring out some of the darker emotions that they felt through their journey, in order to start the healing process.”

For Sona Choksi who has been holding these session for a year now, feels that the art not only helps the children but the parents as well as to deal with the stress. “Sometimes even parents would come in and start colouring. Slowly we came to know that it actually cames then down,” she says. 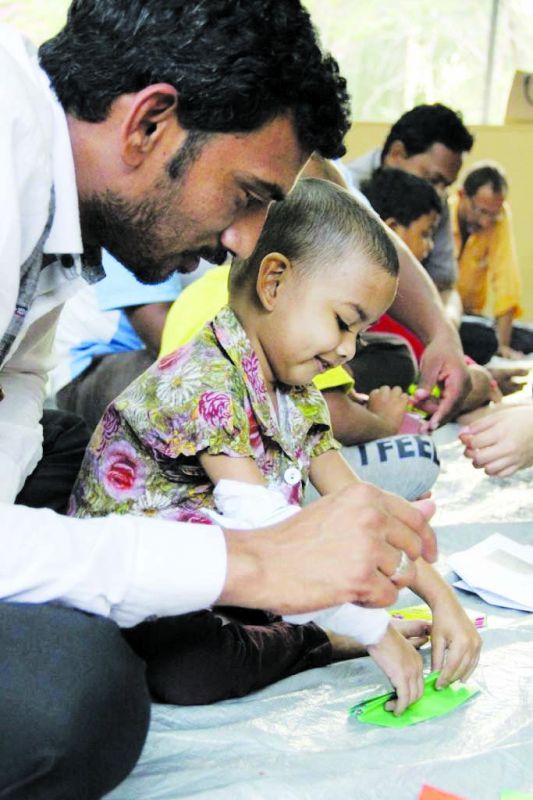 Not just children, art therapy can be used by people of all age group. It helps with various issues that regular counselling therapy cannot deal with. Dr. Aditya Tiwari, a practitioner art based therapist, feels that art therapy works on a much wider spectrum. “It works at a much wider spectrum of needs, so it helps with neuro-disability and developmental disorder. Counseling therapy is limited to what a person can think or understand, how much we can think or whatever you can direct them to do, it may be restricted to cognitive or cognitive emotional areas. Whereas art-based therapy has a scope to go beyond, it can go into areas which are not cognitive, because art as a medium is very deep, it does help communicate a lot of non-verbal things which a person may even not be aware of.”

An indirect form of therapy, art therapy avoids putting a person under the spotlight, instead deals with the problem indirectly. Explaining the same, Nabhiraj Mehta, from Mind and Art Institute says, “ABT is practiced in two ways. One is a group therapy, so you have  group of people who are coming together. This is much more convenient and fun for the client because nobody is spotlighted, everybody is doing their thing, they don’t feel that they are in a therapy sessions per say. So having fun and making mistakes, are key issues that we encourage to deal with on an ongoing basis.”

Giving example of how an art therapy session may look like, Dr Aditya says, “We sit and make stories, and in that story there is a character on whom various feelings are projected, various behaviors are projected. So when we’re talking about the character, we’re not talking about the person or the client. This way the client also feels very safe and not pressured or not confronted. At the same time they are able to verbalise, making it easy to talk in the third person.”