At the heart of art

The ninth edition of India Art Fair is a mega celebration of art with a participation of around 170 galleries. 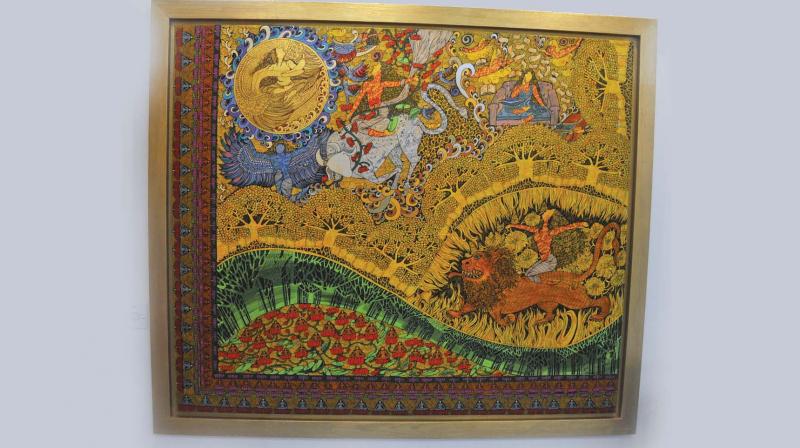 The ninth edition of India Art Fair is a mega celebration of art with a participation of around 170 galleries. The display ranges from antique pieces of art to futuristic installations, tribal paintings to urban photography, old masters to budding talent.

Wedding art
Durga Bai and Subhash Vyam have displayed their Gond art works titled ‘Purani Shaadi’ and ‘Nayi Shaadi’. The old weddings portrayed show involvement of every element in the village, from birds which present omens at weddings to decorated trees and detailed village life. It took a long process for two people to become husband and wife. The new wedding series showcases the contemporary times, with the wedding losing its spirit of communal involvement. The contrast is a commentary on the way society has evolved and how love and marriage have changed. 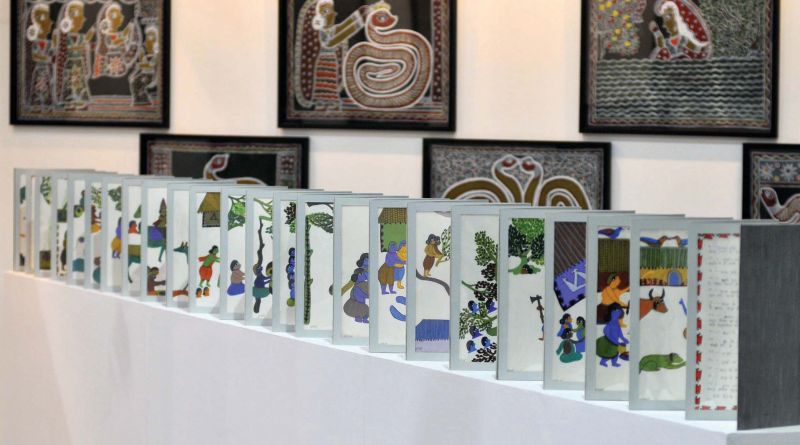 A dream to fly
A life-size ‘Flying Man’ by Chippa Sudhakar is a figure with wings in a ready to take off stance. This intriguing art work at the fair is made with mixed media on fiber glass and turkey feathers, and represents the artist’s internal dream. “I have been haunted by the idea of flying for a long time now. This project is a projection of the same feeling and I have included elements such as auto parts and fiber glass to give it a futuristic feel.” 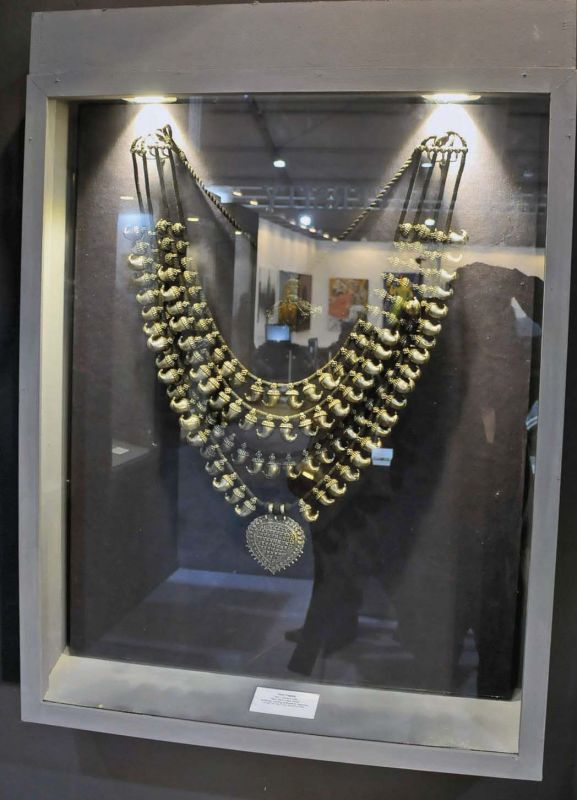 Heritage jewellery
Amrapali is displaying great pieces of wearable art. Co-founder of Amrapali, Rajeev Arora says, “We have been collecting these jewellery pieces since 1980. In Calicut we found that people grappling with poverty were selling their old silver jewellery. These works were then melted. It takes a second to break a piece of art and a lot of time to make one. It was atrocious. So we decided to preserve these. Along with collecting such antiques, we also make jewellery based on these old designs.”

Look within
Inspired by the famous lyrics Laga Chunari Mein Daag, Girish Kumar has made sculpted brick art works with the same title. “The daag is actually the identity that we all have, and despite us moving away from our places of birth we cannot get rid of these. Every person judges others based on these very identities. This very thought inspired this artwork. In this artwork each character is looking at the next one and it becomes a cycle. We all need to look within and judge ourselves, rather than judging other people,” explains Girish.

Shadow Play
An art form that started in 2nd century Karnataka, ‘Togalu Gombeyaata’ is leather puppetry that plays with shadow to narrate mythological stories. It is being preserved by Aadi by Espace and the gallery has preserved these artworks which date back to 19th century and belonged to ‘Kshatri’ families of Lakshmishwara and Gadag regions from north of Karnataka. The art works inspired shadow puppetry in many other parts of South Asia over the years.

Interactive art
Capturing the mood of the city, an art installation, ‘Memoir-Bar’ by Thukral andTagra, is a unique and playful way to get involved and create a very personal tile. “You pick a memory card and write down a memory of your choice. Based on this memory, you pick two emotions that are relevant from the options provided below this card. Then you discard your memory card, so no one else reads it and pick the colours that have been assigned to the two emotions. You mix these colours with cement and make your tile. In this manner, your memory is out there but also encrypted. We are trying to capture the mood of the city with this project,” explains Jitin Thukral.