She said while a number of governments with alliances were formed in Bihar, none of them worked for the welfare of the poor and Dalits. 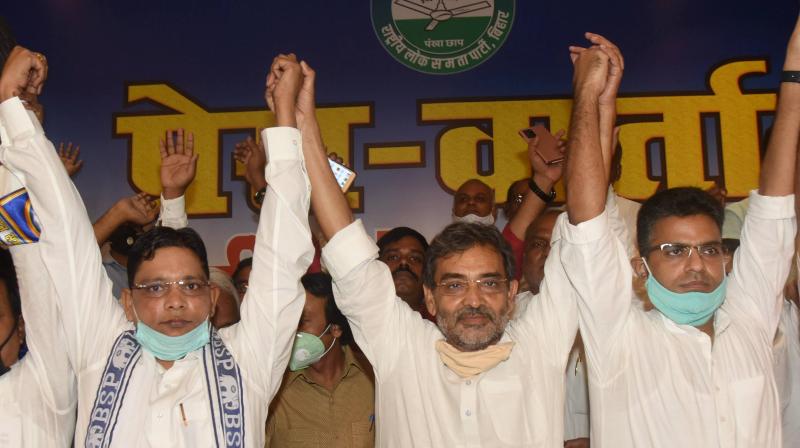 Lucknow: Bahujan Samaj Party (BSP) supremo Mayawati has said her party will form an alliance with the Rashtriya Lok Samaj Party (RLSP) whose president Upendra Kushwaha will be its chief ministerial candidate for the upcoming Bihar Assembly elections.

The objective of this alliance will be to provide equal rights to Dalits, adivasis, minorities, upper casts and the marginalised sections of society in politics, government and daily life, she said.

"Our party has decided to ally with RSLP in Bihar and its chief Upendra Kushwaha will be the Chief Minister of Bihar, if voted to power," Mayawati said.

She said while a number of governments with alliances were formed in Bihar, none of them worked for the welfare of the poor and Dalits.

"As election approached, Centre and Bihar government which were sleeping for past five years have showered announcements but people understand everything. This time they (people) will not come under the influence of anyone," she said.

The three-phase Bihar Assembly polls are scheduled to be held on October 28, November 3 and November 8 while the results will be announced on November 10.