There won't be massive movement of polling staff and security personnel 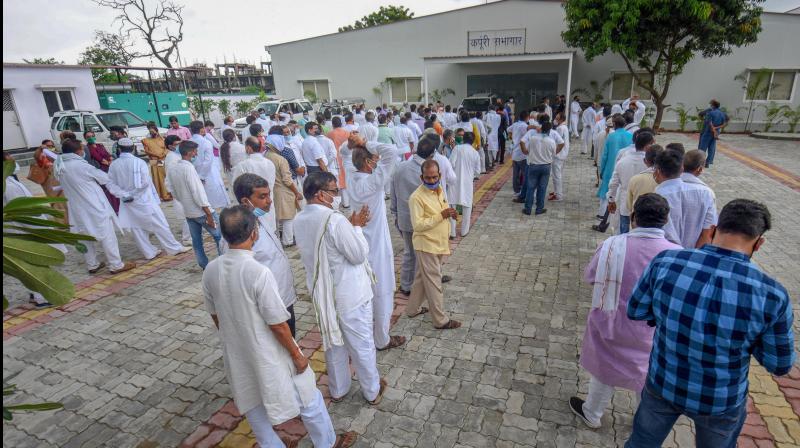 Since these are the first major elections being held since the corona pandemic spread all over India, security personnel would be given special training in managing health protocols during polling and counting.

Assembly elections in Bihar are scheduled to be held in three phases on October 28, November 3 and 7. Counting of votes and results will be on November 10.

Following detailed consultations with the Home Ministry, the Election Commission decided to limit the number of phases of polling in Bihar in order to minimise the movement of security personnel and ensure the safety of polling staff.

"Since elections involve large-scale deployment of security forces all efforts have been made to minimise their movement. This is due to the fatigue factor as well as a Covid-19 precaution. The number of phases has been limited to three due to this,” a senior Home Ministry official said.

Both Home Ministry and the poll panel are confident that they would be able to contain the spread of coronavirus in Bihar during the elections. In the wake of the rapid spread of corona in Bihar due to which the lockdown was extended in some parts of the state, it was anticipated that Assembly elections might be postponed. Some regional political parties had made similar demands but the Election Commission finally decided to go ahead with the polls.