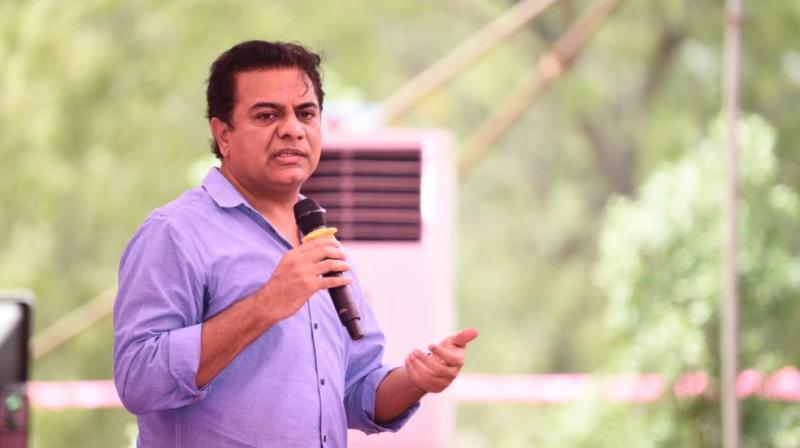 TRS Working President and state IT, Industries Minister K T Rama Rao was present, along with party MPs, when Sinha filed his nomination for the top post. (File image/Twitter)

Hyderabad: The ruling TRS in Telangana on Monday said it would support the candidature of joint opposition nominee Yashwant Sinha in the Presidential election.

TRS Working President and state IT, Industries Minister K T Rama Rao was present, along with party MPs, when Sinha filed his nomination for the top post.

"Along with our Members of Parliament, I will be representing the TRS at the nomination today," Rama Rao, son of Chief Minister K Chandrasekhar Rao, tweeted.

TRS sources on Monday said the party is supporting Sinha's candidature as he is the nominee of opposition parties and that TRS is vehemently opposed to BJP.

Though the TRS had supported NDA in the election of President and Vice- President earlier, it has been strident in its criticism of the BJP in recent months for the latter's alleged politics of hatred and failure in governance.

TRS, however, had stayed away from the joint meetings of the opposition parties to decide on their candidate in the Presidential election on the ground that it cannot share the platform with the Congress.

TRS sources had earlier said the party maintains equidistance from both the Congress and the BJP.