The Congress, along with the Shiv Sena and the NCP, is part of the Maha Vikas Aghadi government. 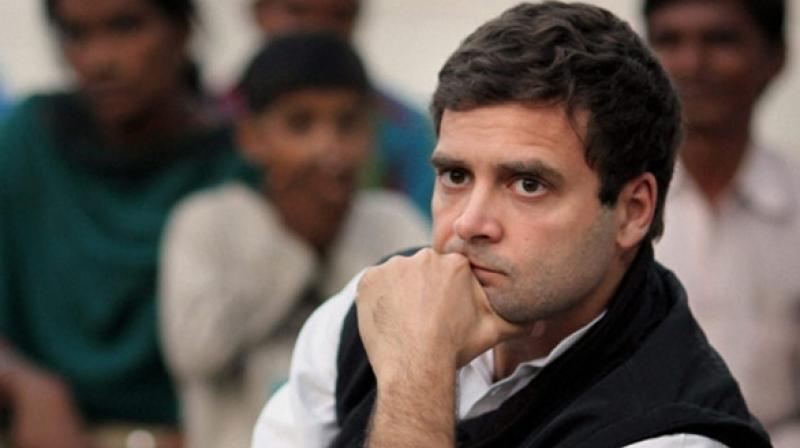 Mumbai/New Delhi: Amid speculation over attempts to impose President’s rule in Maharashtra, Congress leader Rahul Gandhi further complicated matters on Tuesday when he said that his party was merely supporting the government in Maharashtra and was not a key decision-maker.

The Congress, along with the Shiv Sena and the NCP, is part of the Maha Vikas Aghadi government.

At a virtual press conference on Tuesday, Gandhi was asked about the Covid-19 situation in Maharashtra, to which he said: “I would like to make a differentiation here. We are supporting the government in Maharashtra, but we are not the key decision-maker… We are decision-makers in Punjab, Chhattisgarh, Rajasthan and Puducherry. There is a difference between running the government and supporting it”.

All three alliance partners were, however, quick to say that his comments had been misconstrued.

NCP’s Supriya Sule, who is veteran Sharad Pawar’s daughter, said, “I’ve heard what Rahul Gandhi said. He’s absolutely right. It’s a coalition. Everyone takes a decision together. Uddhav Thackeray takes everyone into confidence. I’ve seen him first hand, he takes everyone along.”

NCP spokesperson and minister Nawab Malik tweeted, “Mr @RahulGandhi is right when he said, Maharashtra does not have a Congress government… Maharashtra has the Maha Vikas Aghadi government. Those trying to distort his statement must stop, the three parties are happy together and serving the people of Maharashtra.(sic)”

Shiv Sena spokesperson and Rajya Sabha member Sanjay Raut tweeted that the discussion between Pawar and Thackeray on Monday evening went on for around one-and-a-half hours. “If someone is spreading news about the instability of the government, it should be a mere stomach ache, the government is strong and stable”.

According to sources, MVA legislators have been approached by the BJP in order to destabilise the Thackeray government in Maharashtra. After learning about it, Pawar and Raut decided to inform the chief minister, hence the meeting on Monday evening.