The CM, however, did not mention under which circumstances he forsook his own candidate in favour of the BJP. 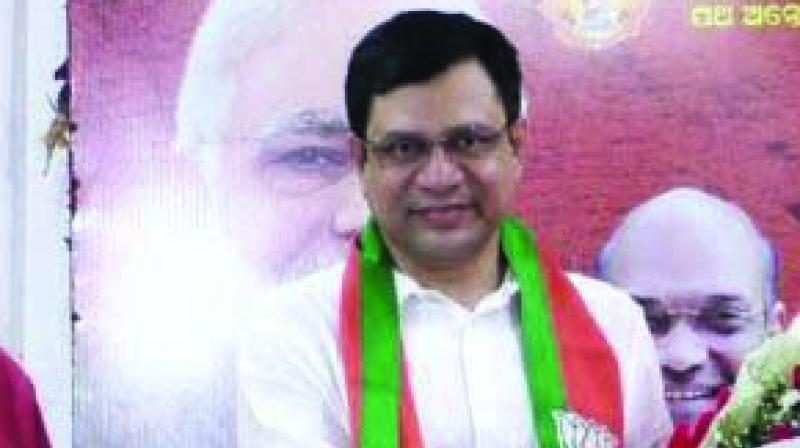 BHUBANESWAR: Strange things are happening in Odisha politics in recent times. Although the BJD foiled all efforts of the BJP to wrest power from it in the 2019 Assembly polls, it does not appear to be standing on same footing as it did since 2000.

A few incidents post the 2019 polls have fuelled speculations that for some reasons the BJD has been yielding to the pressure of the BJP to extend support to it, hampering its own position.

Minutes later, news broke that the BJP has also announced Mr Baishnab, a former bureaucrat, as his official nominee. When the confused media persons wanted a clarification on this from the CM, the latter said, “Ashwini Baishnab is BJP candidate. Prime Minister Narendra Modi spoke to me and so did home minister Amit Shah to support Mr Baishnab.”

The CM, however, did not mention under which circumstances he forsook his own candidate in favour of the BJP.

The maverick Mr Patnaik who does not see eye to eye with the BJP leaders and dubbed the party in the past communal and remarked on the eve of the polls that Narendra Modi was not fit to lead the country again has been extraneously benevolent for the BJP post 2019 polls.

Before the polls, the BJD had supported the NDA on the issue of demonetisation and passing of Goods and Services Tax Bill.

Sources said despite the BJD retaining the power in the state for the fifth consecutive term, it has now become quite amenable to the BJP for some obvious reasons.

The ongoing CBI probe into the multi-crore chit fund scam and mining irr-egularities in which some BJD leaders are allegedly involved, mysterious sinking of iron-ore loaded Black Rose ship in the Bay of Bengal and alleged links of some ruling party MLAs with mafia don Tito Ali are some of the issues that have given strong handles to put pressures on the BJD.