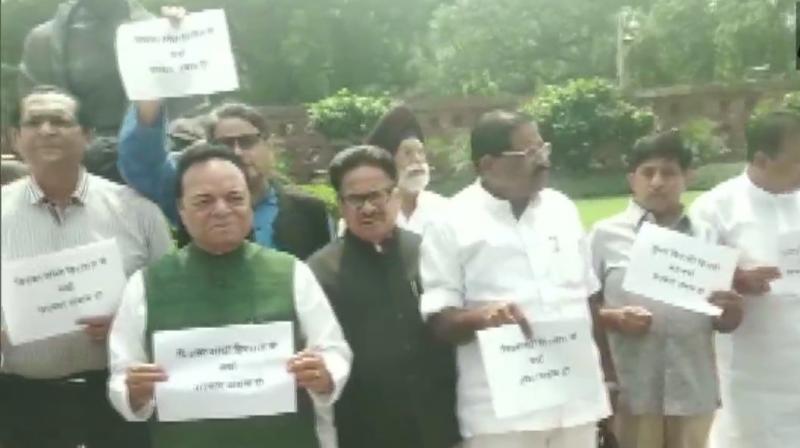 New Delhi: Congress MPs held a protest in Parliament premises on Monday over the Sonbhadra violence and the "illegal detention" of the party's general secretary Priyanka Gandhi Vadara.

Priyanka Gandhi was Friday detained and stopped from going to Sonbhadra where 10 people were gunned down, triggering a standoff with the BJP government in Uttar Pradesh. Demanding that the victims of the killings be given speedy justice, the MPs accused the BJP-led Uttar Pradesh government of committing atrocities against the poor and the oppressed classes.

They also demanded answers from them on why the Congress leader was stopped from meeting the victims. Twenty-eight persons were injured in the clash.