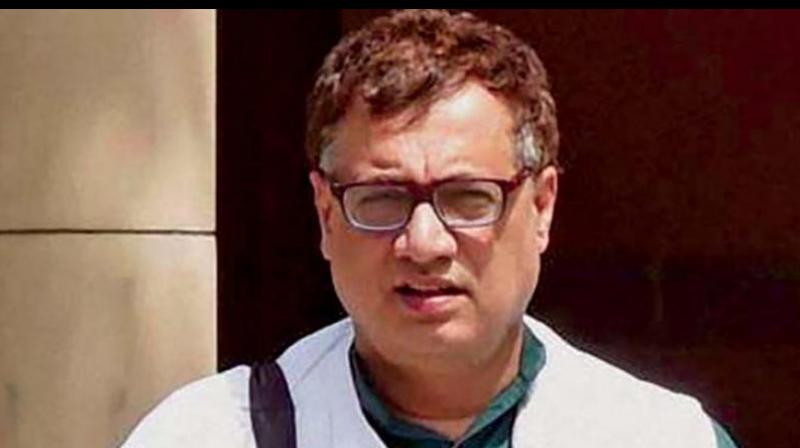 Tweeting a list of 10 cases, fought by Mr Chanda as a lawyer for the BJP, TMC Rajya Sabha MP Derek O’Brien wondered: “See what we found. Matters where Justice Kaushik Chanda has appeared for the Bharatiya Janata Party before the Calcutta high court. And now he has been assigned to hear the Nandigram election case. One big coincidence?” — DC Image

Kolkata/Berhampore: A major controversy has hit Justice Kausik Chanda of the Calcutta high court as West Bengal’s ruling Trinamul Congress on Friday linked the judge to the BJP after he scheduled chief minister Mamata Banerjee’s election petition, challenging her Assembly poll defeat to Leader of the Opposition Suvendu Adhikari in Nandigram, for hearing after a week.

At around 11 am, the TMC supremo’s plea under the Representation of the People Act was listed for mentioning before Justice Chanda. The judge said the petitioner’s presence as mandatory during the hearing in such a case. He also sought to know from the CM’s panel of lawyers led by Soumendra Nath Mukherjee whether she would attend the hearing.

Mr Mukherjee assured the judge of abiding by the law. Justice Chanda then fixed June 24 as the date of hearing. An hour later, TMC state general secretary Kunal Ghosh tweeted two photos of Mr Chanda, when he was a lawyer earlier, at a BJP legal cell meeting addressed by state chief Dilip Ghosh.

In his post, the former TMC Rajya Sabha MP said: “With due respect to Judiciary: Justice Kaushik Chanda. He has been assigned to hear the Nandigram Case.@MamataOfficial @abhishekaitc @AITCofficial @nandigram.” He then called the judge a “BJP sympathiser” and asked him to “recuse himself” from the case.

He later claimed: “The question of bias is there. How could a judge with a strong political affiliation be assigned to hear a sensitive petition filed by the CM on her poll defeat?”

Tweeting a list of 10 cases, fought by Mr Chanda as a lawyer for the BJP, TMC Rajya Sabha MP Derek O’Brien wondered: “See what we found. Matters where Justice Kaushik Chanda has appeared for the Bharatiya Janata Party before the Calcutta high court. And now he has been assigned to hear the Nandigram election case. One big coincidence?”

Before becoming a judge, Mr Chanda, sources said, was appointed by the BJP government at the Centre as its additional solicitor general in the state for his success as a lawyer in the cases against the TMC government over its allowance to imams and the cancellation of Union home minister Amit Shah’s rally at Esplanade.

Later Sanjay Basu, one of the CM’s lawyers, wrote to the acting high court chief justice, Justice Rajesh Bindal, seeking transfer of the election petition from Justice Chanda’s court to another judge. A group of lawyers wearing black badges also took out a protest rally at the high court premises in the afternoon.

They sought no politicisation of the judiciary. The BJP was stumped by the sudden volley of attacks by the TMC till Mr Ghosh broke his silence and countered the ruling party’s claims, but he could not deny his past association with the judge.

In Berhampore in Murshidabad, the Midnapore BJP MP said: “The TMC is playing dirty and politicking on the issue. It published my photos, which are three-four years old, with Mr Chanda. He was known to me when he was a lawyer earlier. While I was the MLA of Kharagpur, he was present at a few meetings with me. He also attended a programme at the high court. But now he is a judge. This is his present status.”