Asked about women voters, the West Bengal BJP leaders said regardless of what “we claimed, Mamata had done a lot for women in rural areas” 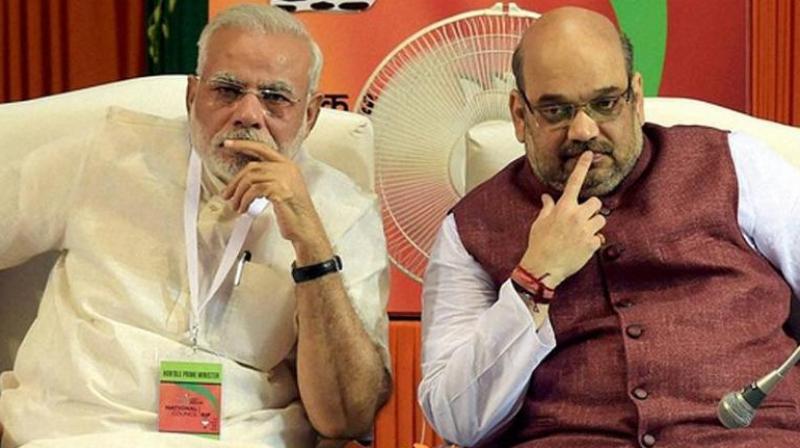 Prime Minister Narendra Modi and the party’s central leadership have emerged as the main target of the West Bengal BJP leaders. — PTI

Nerves appeared to be frayed over the apparent “marginalisation” of the local leaders by the heavyweights from Delhi and north India. It was also claimed that both the central and local leadership failed to attract the state’s intelligentsia and Bengali bhadralok in the urban areas following a “sectarian and low level” style of campaigning.

Speaking to this correspondent from Kolkata, a senior BJP leader felt that the first “strategic error” was the failure to bring forth an “effective Bengali leadership” in the state. “Identity crisis” hit the BJP hard as the majority of the rallies, which included that of the Prime Minister and home minister Amit Shah were addressed in Hindi. This helped strengthen Ms Banerjee’s narrative of the “BJP is an outsider”.

The local leaders also questioned the regular visits of the Prime Minister and the camping of the home minister in the state during the elections. “They behaved like a daily passenger. This gave an impression that if the BJP won, the state government would be run by remote control from Delhi.” Some senior state leaders claimed that this particular impression damaged the BJP among the local intelligentsia and that is “why Mamata Banerjee swept Kolkata, Howrah and North and South 24 Parganas”.

The Prime Minister’s “Didi O Didi” jibe has also come under severe criticism by local leaders. The Prime Minister has a “stature”, a local leader said, and added: “Stooping to this level to mock a woman leader does not work for a PM’s image. This should not have been done at his level.”

The local leaders also argued that instead of talking about governance and development, the PM and the central leaders harped on corruption and scams during TMC rule. It was further claimed that the party “could not provide a vision for Bengal”. A senior party leader said that the “narrow, sectarian style of campaigning” was rejected by people of West Bengal.

The central leadership was also accused of ruining the party’s chances by “overplaying” the religion and Hindutva cards. “The central leaders refused to believe that the chants of Jai Shri Ram does not work in the land of Tagore and Durga,” a party leader said.

They claimed that even on Hindutva and religious issues, Ms Banerjee “stole the thunder”. She not only identified herself as a “Hindu Brahmin girl”, but also spouted out names of Durga’s nine avatars and challenged the home minister to do the same.

It was claimed that “none of the local or central BJP leaders could match Mamata Banerjee’s connectivity with the local people”.

A senior Bengal BJP leader argued that the party “failed to read” the Muslim votebank. Adhering to the traditional line, the BJP strategists in West Bengal thought that the Muslim votes would be divided between the TMC and the Left-led Sanjukta Morcha. “This did us in. Nearly 30 per cent of the Muslims voted en bloc in TMC’s favour and the Hindu votes got divided,” a West Bengal BJP leader pointed out. While the TMC voteshare went up from 45 per cent to 50 per cent, the BJP’s voteshare came down from 40 per cent to 38 per cent.

Asked about women voters, the West Bengal BJP leaders said regardless of what “we claimed, Mamata had done a lot of work for women in the rural areas”. The central leaders apparently “refused to buy this argument”.

The central leaders were also accused of “curtailing the freedom” of the local leaders and operated in a “dictatorial manner”.

However, it was felt that with over 70 seats, the BJP still has a chance, but needed to take a “hard look” at its crop of local leaders. It was argued that BJP state chief Dilip Ghosh, despite his “fighting spirit”, was “not the face" that could lead the BJP to electoral victory in the state.” A leader said: “We need someone like Bidhan Chandra Roy, a leader of high caliber, respected across the state”.

Finally, it was pointed out that the BJP should now start “identifying candidates” for the 2024 Lok Sabha polls and make them start cultivating their constituencies. “Parachuting outsiders and deciding candidates at the last moment don’t work,” they felt.