Junaid was stabbed to death while his brothers, Hashim and Sakir, were injured by a mob which also allegedly hurled slurs against them. 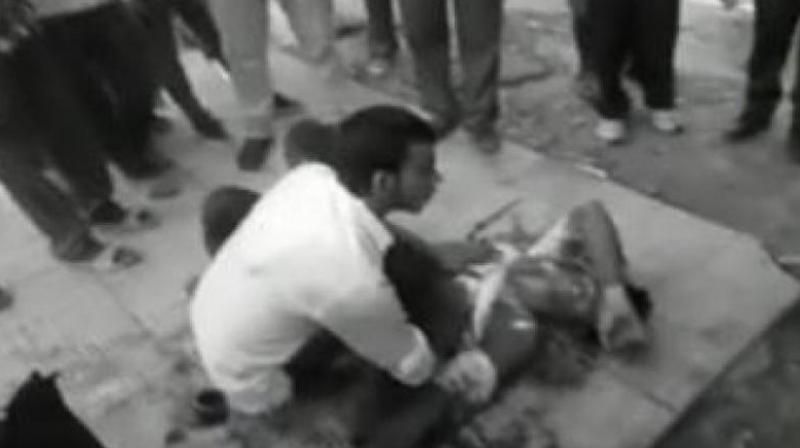 The police had so far arrested five people in connection with the killing. (Photo: Screengrab)

Faridabad (Haryana): The prime accused in the killing of Muslim youth Junaid Khan onboard a Mathura-bound train was on Saturday arrested from Dhule district of Maharashtra, the police said.

The killing on June 22 had triggered a nationwide outrage.

A statement released by the Government Railway Police (GRP) said that a team was sent to Dhule following on a tip-off that the accused was hiding there.

He was arrested and would be produced before a court on Sunday, it said. The name of the accused was not given in the statement.

"We have arrested a person from Maharashtra," SP, GRP, Kamaldeep Goyal said. He was nabbed from Sakri in Dhule, he said.

The GRP claimed in the statement that during interrogation, the accused had "confessed" to having killed 17-year-old Junaid Khan.

"The identity of the accused was not disclosed keeping in mind the legal process," the statement said.

The police had earlier arrested five persons including a Delhi government employee in connection with the killing of Junaid between Ballabgarh and Mathura stations onboard a Delhi-Mathura passenger train.

Junaid was stabbed to death while his brothers, Hashim and Sakir, were injured by a mob which also allegedly hurled communal slurs against them.

His brothers said the attackers had taunted and repeatedly called them "anti-nationals" and "beef eaters".

A reward of Rs two lakh had also been announced for information on identity of those involved in the killing.

Junaid was stabbed to death when he, along with his brothers, was returning home to Khandawli village in Ballabgarh after shopping for Eid in Delhi. The youth's body was dumped close to Asaoti village in Faridabad district.